Dubai Police officer among the 100 most prominent Arab personalities 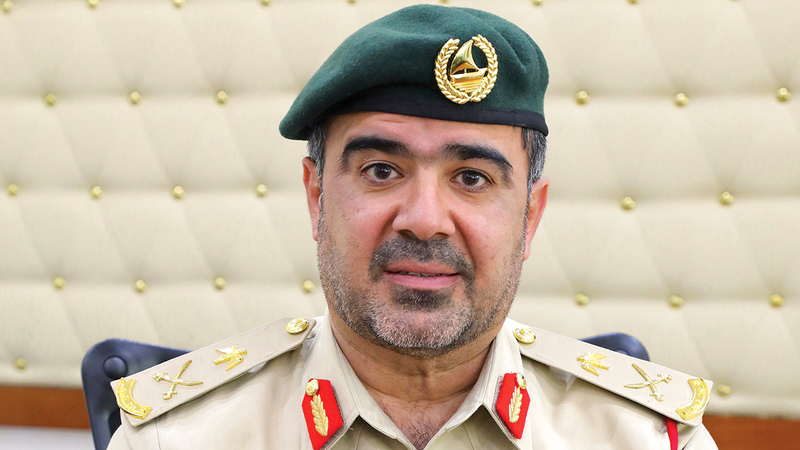 The Regional Network for Social Responsibility, in its second edition, which was recently held in the sisterly Kingdom of Bahrain, honored the Director of the Dubai Police Academy, Major General Professor Dr. Ghaith Ghanem Al-Suwaidi, among the most prominent 100 most influential Arab personalities in the field of social responsibility for the year 2020, and awarded him the International Document of Excellence in this field as the first Emirati citizen, And the only officer, and the first security figure to be chosen at the level of the Arab world.

The selection of these personalities is due to their clear imprints, sincerity and dedication towards their societies and countries, especially the services they provided during the Corona Virus (Covid-19) pandemic, and their role in promoting development issues in the Arab region.

The Regional Network for Social Responsibility also honored Al-Suwaidi by placing his picture in a digital mural, along with pictures of Arab personalities and senior leaders in the immortal record.

Al Suwaidi said that this participation came to highlight the pioneering societal role embodied by the Academy with the support and directives of the Commander-in-Chief of Dubai Police, Lieutenant General Abdullah Khalifa Al Marri, and his harnessing of all material and human capabilities, which had a great impact in achieving advanced standards in social and human security that Dubai Police aspire to, and strengthening Its efforts in the field of social responsibility, in addition to its active contribution to supporting the directions of the state, to make the UAE a unique model for social responsibility.

It is noteworthy that the Regional Network for Social Responsibility is an international organization that is a member of the United Nations and is based in the sisterly Kingdom of Bahrain. The first of its kind in the Arab region, it aims to motivate and appreciate the creators of multiple bids through significant professional frameworks.

Destiny 2: No new subclasses from the Whispering Queen expansion