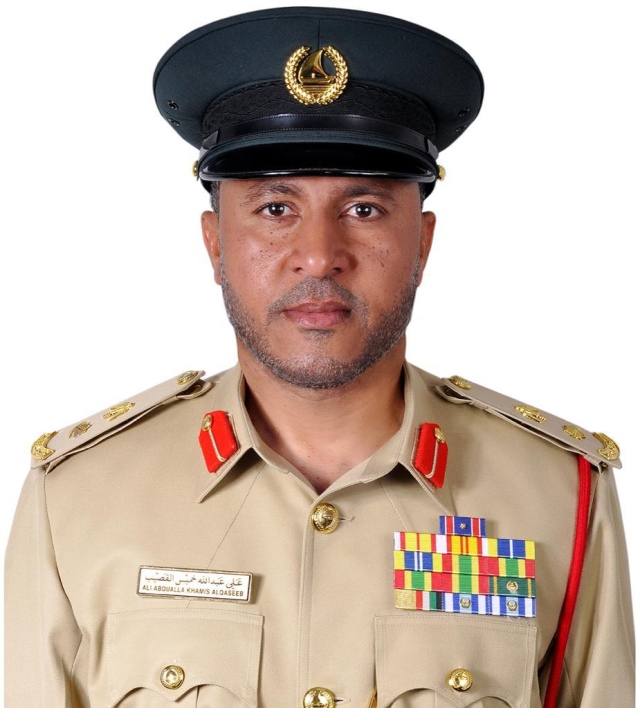 The Director of the Ports Police Station, Colonel Dr. Hassan Suhail Al-Suwaidi, said: “The number of owners and captains of marine craft registered in the Dubai Police application service“ sailed safely ”reached 3,715 people on both the“ Apple Store ”and“ Android ”platforms, and the number of SOS distress calls reached Since the launch of the service 65 calls ».

Colonel Al Suwaidi emphasized that the Dubai Police General Command, under the direction of the Commander in Chief Lieutenant General Abdullah Khalifa Al Marri, is keen to develop all services provided by the police sectors in its various specialties, including the maritime sector, and to provide the latest technologies and artificial intelligence systems with international specifications in order to achieve the strategic directions of Dubai Police. Safe and happy society.

He pointed out that the service, since its launch two years ago, has met with great demand from sea-goers and lovers of cruises of all kinds, due to the provision of an easy and reliable automatic service to call the rescue and ask for distress, after registering for the service in the Dubai Police application, entering the trip plan and the sites expected to go to, and in In the event that someone is exposed to any emergency situation, all he has to do is press SOS, then the Dubai Police represented by the General Department of Operations and the Ports Police Center will determine the location of the user and many information about his journey through a smart platform in the operations linked to the service, containing a special control screen and an interactive map, The service also automatically sends distress requests and alerts about delayed flights in case the user is unable to do so.

The head of the Maritime Rescue Department at the Ports Police Station, Lieutenant Colonel Ali Al-Naqbi, confirmed that the center harnessed all boats and mechanisms of maritime rescue and maritime security in the maritime jurisdiction areas within the eight stationing points, which are Al Hamriya, Deira Port at Hyatt Regency, Dubai Creek at Al Maktoum Bridge, the floating bridge The first Jumeirah, the Fishermen Port 1, the fourth Jumeirah, the Fishermen Port 2, and the fifth Jumeirah the Fishermen Port 3 in Jumeirah Umm Suqeim, and Ain Dubai, in order to enhance the speed of responding to the distress call among the main tasks in responding to marine reports.

He indicated that among the features and advantages of the service is the request for maritime distress in dangerous situations, the feature of tracking voyages, warning alerts about delayed trips, the identification of diving areas, the participation of trips and the speed of response, the accurate access to the caller and the characteristic of determining the type of distress and the degree of its severity, and the provision of free and easy use of marine maps, Pointing to the SOS distress call, the person gives several options, including exposure to a drowning accident, a collision, a shortage of fuel, or a malfunction in the boat.

Lieutenant Colonel Al Naqbi urged owners of boats, ships and yachts to take advantage of the “sail safely” service through the Dubai Police application, and to send any notes or suggestions via the application, because of its great importance in responding quickly to emergency accidents, and providing all police services to sea-goers, stressing that The service ensures that all areas of jurisdiction of the Ports Police Station are covered, that 99% of the reports received by the Ports Police Station are within the scope of coverage, and that it covers an area of ​​eight nautical miles in depth and 70 nautical miles along the coasts of the Emirate of Dubai.

Success in Premier League: Guardiola with City close to championship