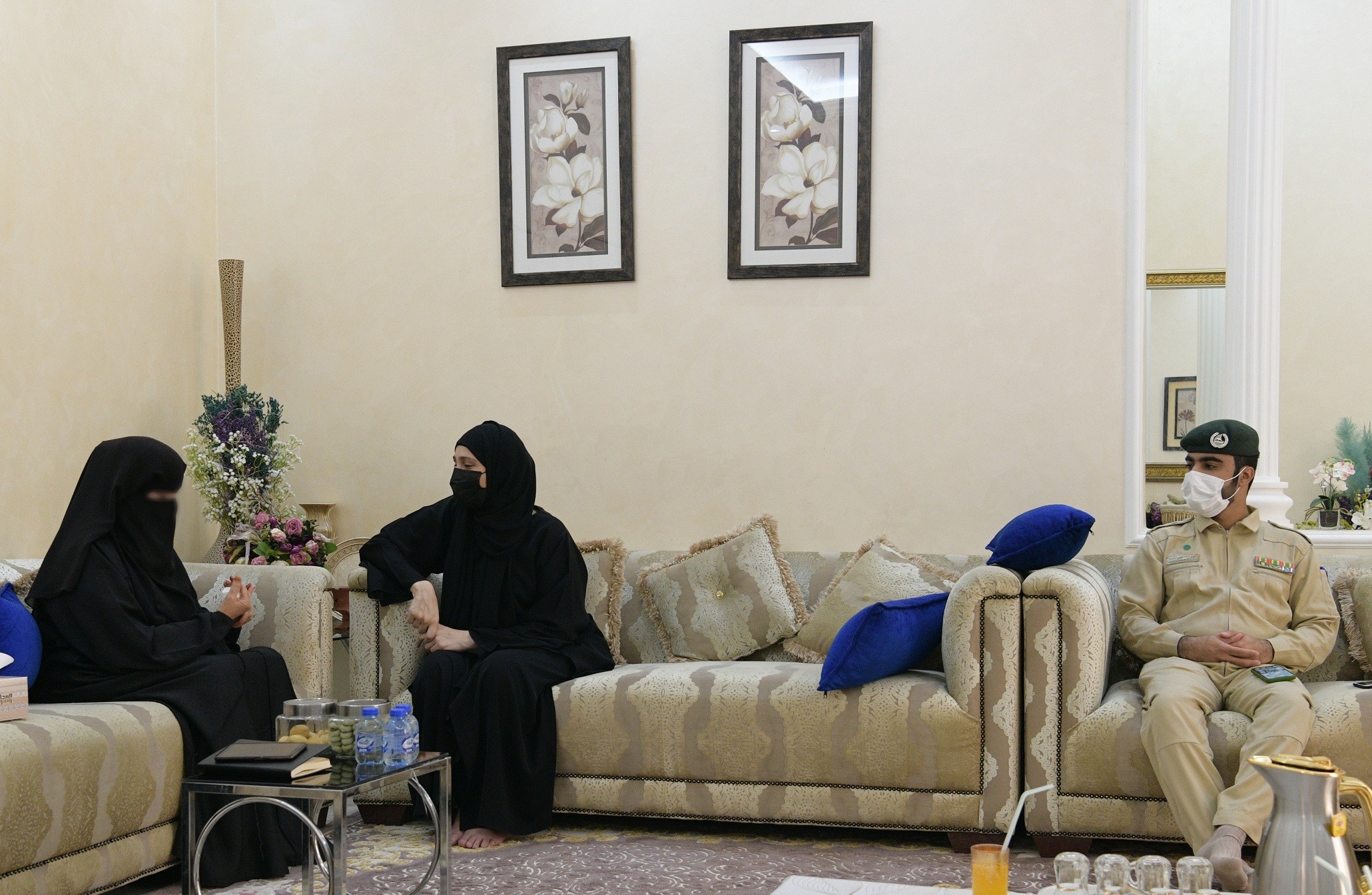 Dubai Police pleased the mother of an inmate in the penal facilities by visiting her home, and enabling her to communicate directly with her son, with the help of a team from the General Administration of Punitive and Correctional Institutions, due to her lack of ability to deal with communication applications, and her need for guidance and assistance to be able to check on him and communicate with him from time to time.

The General Administration of Punitive and Correctional Institutions responded to the inmate’s mother’s call with her desire to communicate with her son, months after the start of serving his sentence, and as a result of the cessation of attendance visits between inmates and their families, in compliance with the precautionary measures to prevent the Corona virus, and her lack of knowledge of technology, the mother was unable to visually communicate with her son over several months.

The Director of the General Administration of Punitive and Correctional Institutions, Brigadier Ali Al-Shamali, stressed the keenness to activate the social and humanitarian aspects, and to overcome the obstacles to communication between inmates and their families, in order to achieve one of the strategic directions of the Dubai Police in making society happy in all its sectors.

He noted that the humanitarian programs and initiatives of the Dubai Police in general and the General Administration of Punitive and Correctional Institutions in particular are extremely important, given their positive impact on consolidating the relationship and mutual trust between the police and society, their promotion of the values ​​of tolerance and coexistence, and their direct contribution to alleviating the suffering of inmates and their families.

The mother of the inmate thanked the Dubai Police for their quick response and the presence of its officers and personnel, and for enabling her to communicate with her son visually, confirming her overwhelming feeling of joy and happiness with this kind gesture.