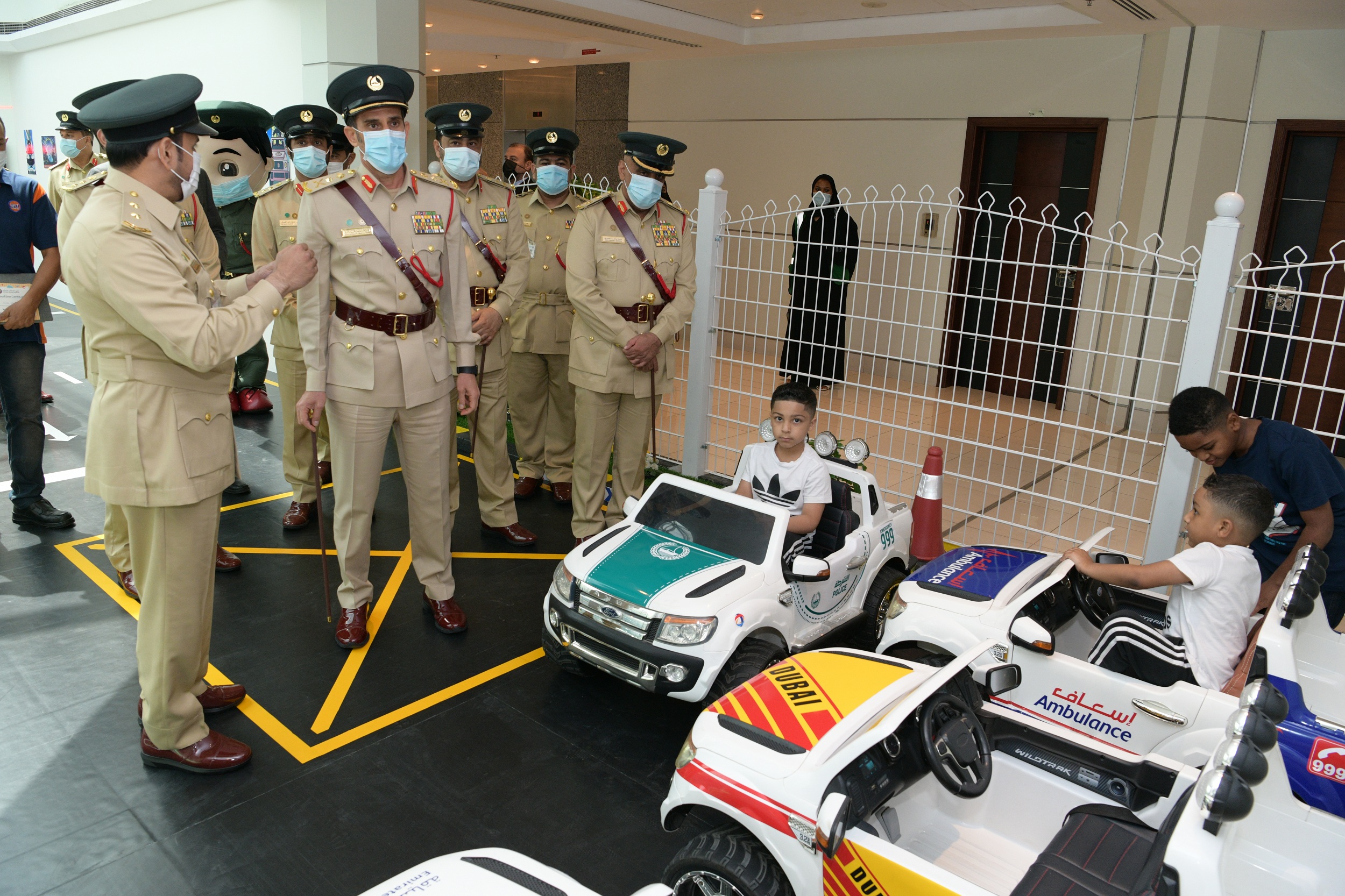 The Commander-in-Chief of Dubai Police, Lieutenant-General Abdullah Khalifa Al Marri, inaugurated the traffic village at Al Muraqqabat Police Station, which was implemented by the center as part of the “School Security” initiative, in cooperation with the Emirates Driving Institute.

The traffic village aims to educate school students of different educational levels, especially children, about the dangers of traffic accidents, in order to preserve their safety from the road, in addition to adhering to traffic and public safety rules.

The Director of Al Muraqqabat Police Station, Brigadier Ali Ghanem, stressed the keenness of the Dubai Police General Command to implement awareness programs aimed at consolidating traffic etiquette and rules for children, through which young people learn the basic principles of road safety.

He pointed out that the mini-traffic village has been prepared in cooperation with the Emirates Driving Institute to educate children about the importance of adhering to traffic safety rules, and that it comes within the “School Security” initiative aimed at strengthening the community partnership between the police and educational institutions, contributing to building a conscious and educated generation of security and traffic, and launching awareness programs in coordination With the educational sectors, and other other objectives.