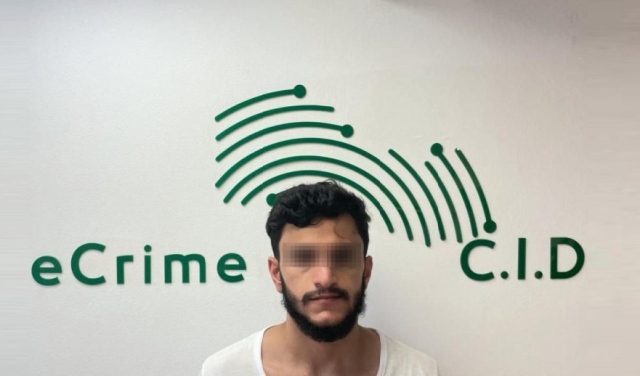 Assistant Commander-in-Chief of Dubai Police for Criminal Investigation Affairs, Major General Khalil Ibrahim Al Mansoori, said that this young man, by his irresponsible behavior, violated Federal Penal Law No. 3 of 1987 and Law No. 21 of 1995 regarding traffic and traffic.

He stressed that Dubai Police will not tolerate those who refuse to comply with police orders and endanger the lives of safe road users.

He added that the Dubai Police took legal measures against the young man, who is considered a criminal record holder and is wanted by the police authorities, and referred his file to the Public Prosecution in preparation for his appearance before justice and the judiciary to receive legal punishment.

Regarding the details of the incident, Brigadier General Jamal Salem Al-Jallaf, Director of the General Department of Criminal Investigations and Investigations, said that social networking sites showed the accused driving a vehicle in a dangerous way, and refusing to stop and comply with the orders of the police officers when he was stopped at a checkpoint in the Emirate of Sharjah, and he deliberately drove his vehicle over the point. He violated laws until he arrived in the Emirate of Dubai.

He added that Sharjah Police contacted the Dubai Police Command and Control Center Department to follow the vehicle, and police patrols were immediately directed to the lane that he was taking, then tried to stop him by using warning signals, but he refused to comply again with the orders and continued to drive his vehicle recklessly and recklessly in Dubai, exhibiting People’s lives are at risk until it is caught.

Al-Jallaf emphasized that this type of irresponsible act is considered alien to society and a criminal crime punishable by law, appreciating the continuous and continuous cooperation with Sharjah Police in working to enhance security and safety, protect people’s lives, and control violators of applicable laws and regulations.

After withdrawing on the K question: Söder is not seen as a loser in the CSU

Coronavirus The United States would like to remove patent protection for coronary vaccines: Will the EU and Finland change their minds?