“Dubai for People of Determination” hails the success of the two championships, Fazza 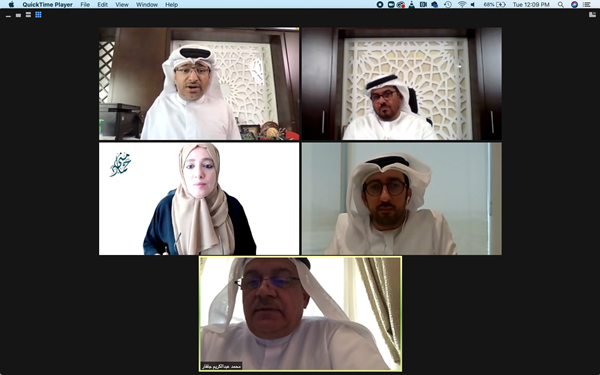 The Board of Directors of the Dubai Club for People of Determination praised the success of the Fazaa Championships for People of Determination and the Bow and Arrow, and thanked His Highness Sheikh Mansour bin Mohammed bin Rashid Al Maktoum, Chairman of the Dubai Sports Council, for his follow-up of His Highness to people of determination, and the emphasis on the application of the highest precautionary standards, while he contributed to The two tournaments reflect the bright face of the UAE and Dubai, despite the challenges of the Corona pandemic that has swept the world.
This came during the second meeting of the Council for the year 2021, which was held under the chairmanship of Thani Juma Al-Raqad through visual communication technology, in the presence of Muhammad Abdul-Karim Julfar, Vice Chairman of the Council, and the members Hariz Al-Murr bin Hariz, Mona bin Hammad and Hassan Al-Mazrouei, and Majid Al-Usaimi, Executive Director.
The council reviewed the successes achieved in the two championships after breaking 28 records in the “mother of games”, and conducting a corona examination for 1593 people from inside and outside the country participating in the event, in addition to conducting more than 5100 sterilization of various club facilities and stadiums, while the Arch and Arrow Championship witnessed the emergence of champions. Renewed, and many players qualified to the Tokyo Paralympic Games via Dubai Gate.
The Council affirmed that the international acclaim for the two championships doubles the responsibility of everyone, to preserve these gains in order to leave a new imprint in the third edition of the Fazza International Badminton Championship, which will be held in a hall in Maktoum Bin Muhammad at Al Ahly Youth Club, during the period from March 28 to April 5. Where the Council reviewed the arrangements for the launch of the three Fazza Championships for the year 2021.
The council also briefed Majid Al-Osaimi, Executive Director, about the club’s future projects, which aim to rehabilitate and employ “people of determination”, in addition to increasing sources of income within the directives of the Dubai Sports Council, to achieve self-sufficiency in the coming years.

Spain enters the hyperloop race: the train that will go to 1,000 km / h

Five children died in a fire in a village near Yekaterinburg