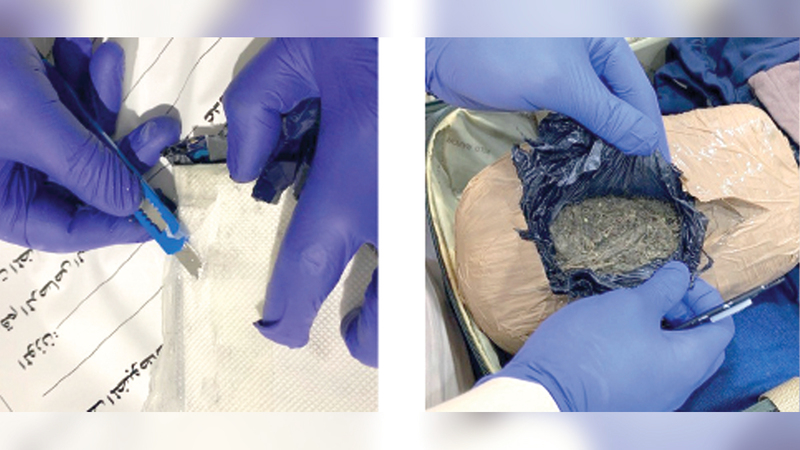 Dubai Customs reported that it had foiled 131 attempts to smuggle narcotics of various kinds during the first quarter of this year, through Dubai airports, amounting to 61.3 kilograms and 3,941 tablets of narcotic substances.

Ibrahim Al Kamali, Director of Passenger Operations Department at Dubai Customs, told «Emirates Today», that the department is the first line of protection for society from the penetration of narcotics destructive to the health of individuals and the economy, so it is making unremitting efforts to protect society, starting with the selection of employees and highly qualified customs officers. And refine their skills and capabilities by enrolling them in specialized training courses that help them to achieve this goal, providing customs outlets with the latest inspection devices, and creating pioneering systems that reveal the tricks of smugglers, especially as they resort to several deceptive ways to hide drugs inside their bags or clothes, or even swallow certain types of drugs or hide them inside. Postal parcels and shipments.

Regarding the most prominent seizures of the first quarter, al-Kamali revealed that there are many seizures that reflect the skill of the inspectors and their ability to detect narcotic substances despite the tricks used by smugglers. To the baggage detector, it was found that there were dark bags, and by sorting and extracting what was in them, it was found that they contained cocaine weighing 4400 grams. The inspectors were also able to seize 11.94 kilograms of narcotic marijuana, brought by an (Asian) traveler, which was hidden inside breakfast cereal bags so that it is difficult to suspect or revealed.

He pointed out that Dubai Customs is keen to develop security programs and systems that contribute to arresting smugglers, including the creation of the smart control system, which is the first of its kind in the world, and contributed to the control of many cases of smuggling prohibited materials, as this smart system completes the inspection matrix and constitutes a key link between The departments of the internal devices that inspect bags with X-ray inspection devices, identify suspicious bags, and between the inspection hall that inspects suspicious bags manually. The advanced system relies on identifying the bags required for inspection accurately and identifying the suspicious object to be searched and its location in the bag.

Al Kamali stressed that Dubai Customs seeks to achieve the difficult equation between facilitating and accelerating the passage of individuals, shipments and goods on the one hand, and protecting the economy and society from all that threatens its security and safety on the other hand.