«Dubai Appeal» toughens the penalty for 4 accused of theft of 291,000 dirhams under duress 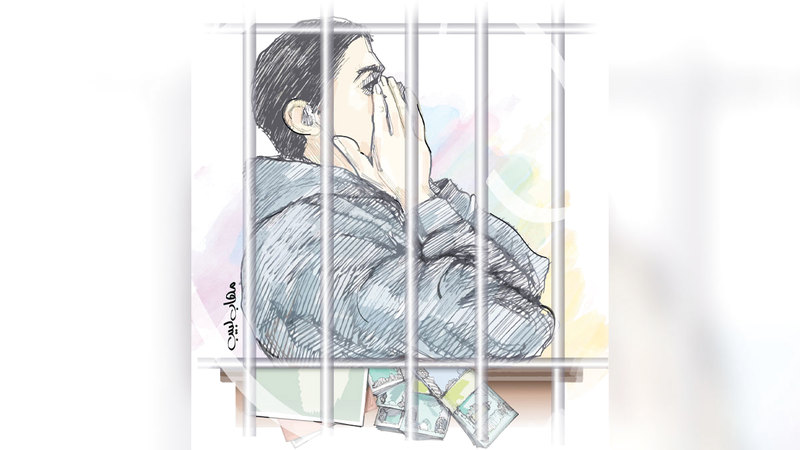 The Dubai Court of Appeal increased the penalty of four defendants, part of a gang consisting of seven defendants, who were previously convicted by the Criminal Court of stealing 291,000 dirhams under duress from an Asian man, after attacking him at his company’s headquarters, attributing her ruling to the gravity of their crime.

The Court of Appeal decided to increase the sentence of four defendants from three years, according to the ruling of the first degree, to five years, in addition to fining one of the value of the stolen amount, and deportation after serving the sentence, while it upheld the initial sentence against the rest of the defendants.

And the Public Prosecution’s investigations into the case stated that the incident occurred last April, after the defendants met a few days before its execution in a cricket stadium, and planned their crime, after one of them provided the rest with information about the transfer of funds to Asian countries by that company.

She indicated that they went late on the night of the execution to the building that falls under the jurisdiction of the Naif Police Station, and distributed the roles among them. run away.

The investigations indicated that upon receiving the report, the General Department of Criminal Investigation and Investigation in Dubai Police formed a team, which was able within one week to identify the suspects and their whereabouts in the Al Muteena area, and they were all arrested, and part of the stolen amount was found with three of them, while modern phones were seized. Others bought it with their share of theft, and they all confessed to their crime, and the victim recognized four of them in the diagnostic queue.

The victim (Asian – 44 years old), said in the investigations of the Public Prosecution, that he opened the door of the company to be surprised by two people who pushed him hard, followed by the others, who gagged his mouth, and threatened him with a knife, so he could not call for help or ask for help.

He added that the defendants tied his hands, forced him to reveal the key to the money safe, and seized 291,000 dirhams, then fled, pointing out that he was able to release his chains later, and inform the Dubai Police.

After considering the case by the Criminal Court, it ruled to imprison the accused for three years, and deport them after serving the sentence, but the Public Prosecution appealed against the ruling before the Court of Appeal, which raised the sentence to five years, stressing in its merits that given the circumstances of the incident, and the gravity of the act committed by the accused , it agrees to the prosecution’s request to increase the penalty against four defendants, and to obligate one of them to pay a fine of 290,600 dirhams.

• The defendants pushed the victim, attacked him, stole the money from the safe, and then fled.

‘Chikiplum’ on the final of The Artist of the Year: “With the award I would start to build my little house”