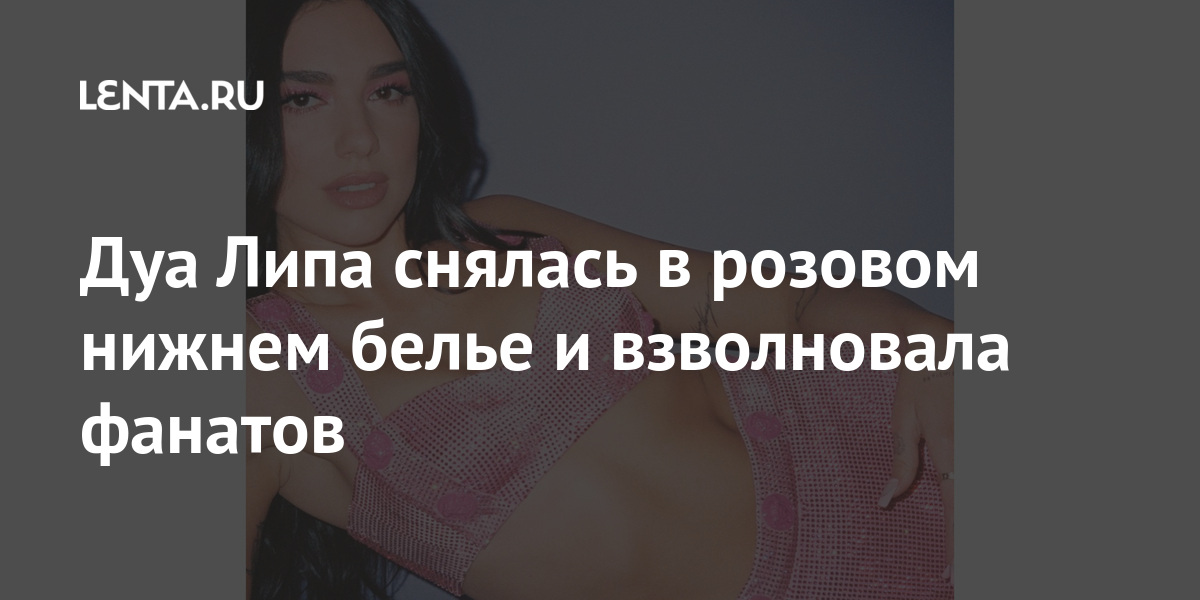 Popular British singer and model Dua Lipa starred in a revealing outfit and thrilled fans. A series of photographs appeared in her Instagram-account.

In the footage posted online, the 25-year-old celebrity poses in rhinestone-covered pink underwear and nude fishnet tights. Earrings and rings complemented her image. “Before the show,” she signed the post, which received six million likes. It is noted that the author of the pictures is the photographer Lauren Leekley.

Fans appreciated the star’s appearance in the comments. “The most beautiful and most talented woman on the planet!”, “You are my queen”, “I think you are the most attractive woman in the world!”, “I’m in love!” – they wrote.

Previously, Dua Lipa performed at the Grammy Awards half-naked and was criticized online. The performer appeared in public in a translucent silver dress from the Versace brand with a neckline, a high slit at the thigh and sandals with heels with rhinestones. Netizens nicknamed the singer a stripper because of her overly revealing outfit.

Police abuse in America: death of another black man causes chaos and violence in Minneapolis