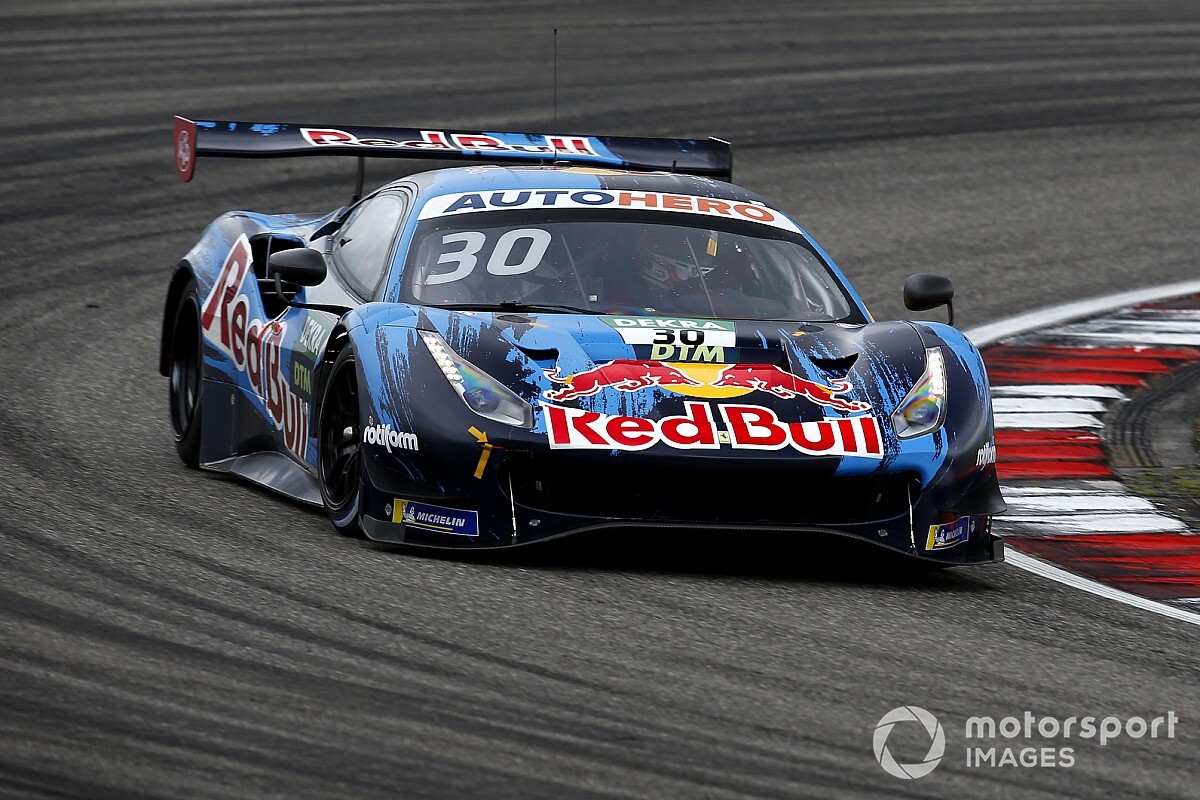 Liam Lawson dominated Race 1 of the DTM at the Red Bull Ring, leading from the first to the last lap at the wheel of the Ferrari 488 prepared by AF Corse.

The Red Bull boy, who had a great start from Pole Position at Spielberg, first took off, and then managed the situation in the final laps, when Maximilian Götz’s Mercedes-AMG hung up on him, but without ever being able to attempt an assault to the primacy.

The race was very close and interesting also for the positions to follow, with Philip Ellis completing the podium at the wheel of Team Winward’s Mercedes, albeit with very tight teeth because an irrepressible Alex Albon tried to overtake him up to the penultimate corner.

The Anglo-Thai designer AlphaTauri was still the author of a good comeback race, but despite his determination he must be content with placing the second AF Corse Ferrari in fourth place.

Another one who was making good progress was the championship leader, Kelvin Van Der Linde, fighting in the first part and then unable to bring an attack on Ellis that would probably have kept him safe from Albon. In the end, the color bearer of the ABT Sportsline is still the best and only of the Audi R8 LMS to hit the points.

He has something to complain about Arjun Maini after the good qualifying but the Indian did not confirm in the race. The Mercedes of the driver of GetSpeed ​​Performance lost ground along the way, finishing sixth, but managing to hold off the BMW M6 of Marco Wittmann (Walkenhorst Motorsport), seventh and good at exploiting the opportunities to put the opponents, especially in the first half of competition.

The Mercedes of Lucas Auer (Team Winward) and Vincent Abril (HRT) complete the points together with the BMW of Timo Glock (Rowe Racing).

This is because Maximilian Buhk’s AMG (Mücke Motorsport) slips 12th due to a 5 “penalty, behind that of the impalpable Daniel Juncadella (GruppeM Racing).

The Lamborghini Huracán of T3 Motorsport are also out of the points: rookie Maximilian Paul is 13th, followed by Esteban Muth, who had distinguished himself in the final laps fighting with Nico Müller for the provisional record, as both had opted to change tires much later than everyone else.

Their colleague Esmee Hawkey is instead 16th, behind the opaque Mike Rockenfeller with the Audi of Team Abt Sportsline.

Another disastrous performance by Sophia Flörsch, very last in 17th position and never able to distinguish herself with the Audi of the ABT Sportsline.

Sheldon Van Der Linde, who was fighting for the Top 5 in the opening stages, was first mentioned when a contact with Abril damaged his BMW. The Rowe Racing driver then parked at Turn 4 sadly.