Drunk Russian with an ax crashed a stop 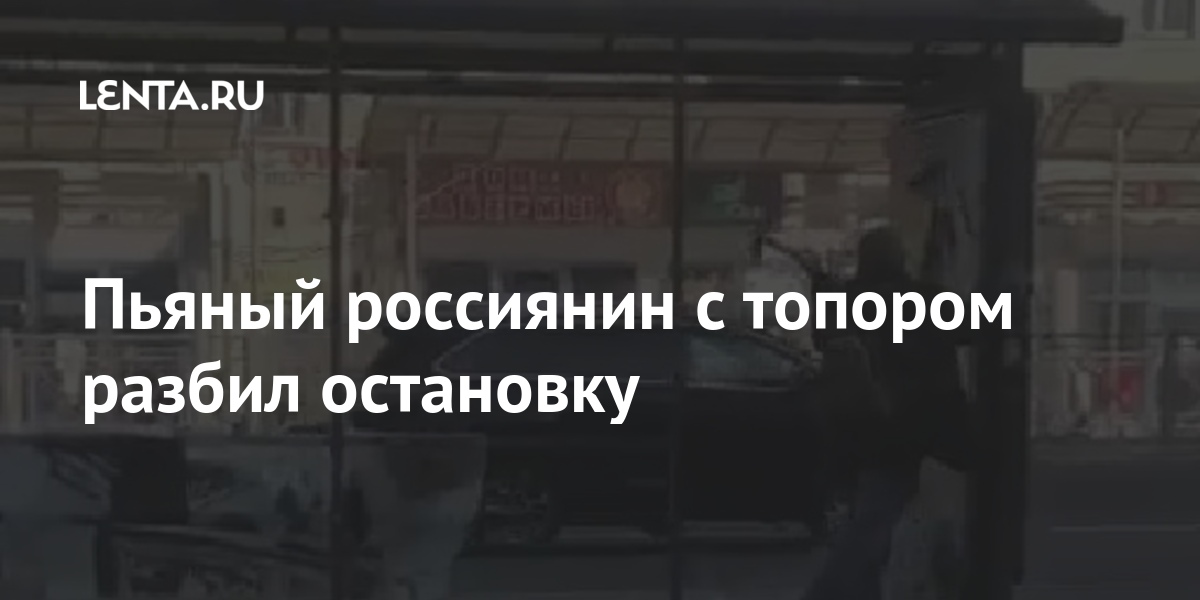 In St. Petersburg, the police detained a drunk man who smashed a public transport stop with an ax. It is reported by RIA News with reference to the press service of the GUMVD for St. Petersburg and the Leningrad Region.

The message about an aggressive Russian with an ax in the Vyborgsky district of the city was received by law enforcement agencies on Sunday evening, April 18. The man smashed billboards and glass stop props. Nobody was hurt as a result of the incident.

Currently, the motives of his act are being investigated. The issue of initiating a criminal case is being resolved.

In early April, a resident of the city of Megion got behind the wheel drunk and without a license, and when a policeman tried to stop him, he hit a law enforcement officer and drove more than a kilometer on the hood of the car. The detainee turned out to be a 31-year-old local resident who had previously been deprived of his driver’s license for driving while intoxicated.

The internal logistics of the Region shoots up 27.7% with electronic commerce

The first tulips blossomed in flower beds in Moscow