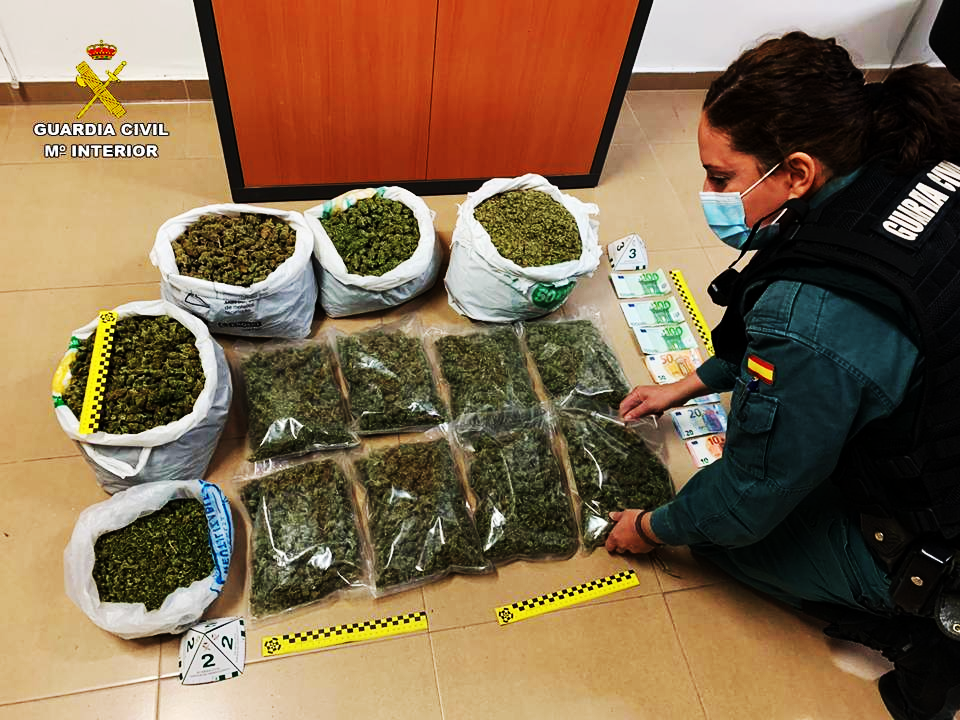 TORREVIEJA Guardia Civil stopped and arrested the drivers of cars on the A7 with two huge bags of Marijuana, weighing in total the same as a small child.

As the two Moroccan men approached a perimeter control checkpoint near Benferri (Orihuela), one was seen to throw a blue bag from the car into the roadside ditch.

The bag was retrieved and found to contain over seven kilograms of marijuana buds.

A 33-year-old Moroccan was arrested for drug trafficking, presented to Orihuela’sCourt Number 1 and released with charges pending trial.

The car and the 405 euros cash that was found in it, were not returned.

The vehicle that the author was driving at the time of the events and 405 euros in bills of different values ​​?? found during the search have been intervened.

During another stop-and-search on the A7, but nearer Orihuela, police sensed a strong smell of marijuana from the boot of the car.

The 25-year-old Spanish driver was arrested, processed and released on charges, pending trial.

His vehicle was also impounded.

Wages cut: the “Carambarrés” have more than enough