Drug overdose deaths in the United States set a record in 2020: more than 93,000 people 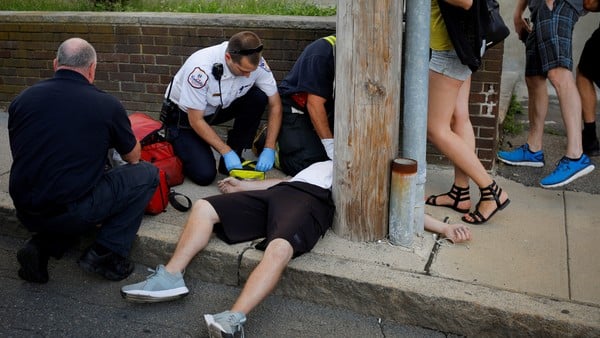 More than 93,000 people died from overdoses of drugs in the U.S. in 2020, nearly 30% more than the previous year and the highest annual figure on record to date, according to the Centers for Disease Control and Prevention (CDC).

In this sense, it is about “Highest number of overdose deaths ever recorded in a 12-month period, and the largest increase since at least 1999, “said the director of the National Institute on Drug Abuse (NIDA, in its acronym in English), Nora Volkow, in a statement.

After qualifying as “chilling” These figures, Volkow also considered that the health crisis caused by the pandemic has influenced these data by causing a “devastating collision” in the United States, the country with the highest number of deaths and hospitalizations in the world.

According to official data, the majority of drug overdose deaths occurred due to the “inappropriate use ”of opiates, which are highly addictive.

According to official data, the majority of drug overdose deaths were due to the “inappropriate use” of opiates, which are highly addictive. Reuters photo

In fact, the US authorities calculate that in the last two decades this crisis it has killed nearly half a million people in the United States.

Fentanyl, a synthetic drug 100 times more powerful than morphine, is responsible for the majority of deaths.

The more than 50,000 deaths from opiates they represent an increase of 100 per cent and are described as a true “crisis” in the World Report on Drugs published by the United Nations Office on Drugs and Crime (UNODC).

In addition to fentanyl, overdose deaths also occurred among users of psychostimulants, cocaine, and natural opioids and semisynthetics, such as prescription pain relievers, according to CDC data.

In recent weeks, members of the Sackler family, owners of Purdue Pharmaceuticals, reached a $ 4.5 million settlement with 15 states, and Johnson & Johnson (J&J) Pharmaceutical agreed to pay $ 230 million to New York State to resolve a lawsuit by the Attorney General’s Office for its responsibility in the opioid crisis.