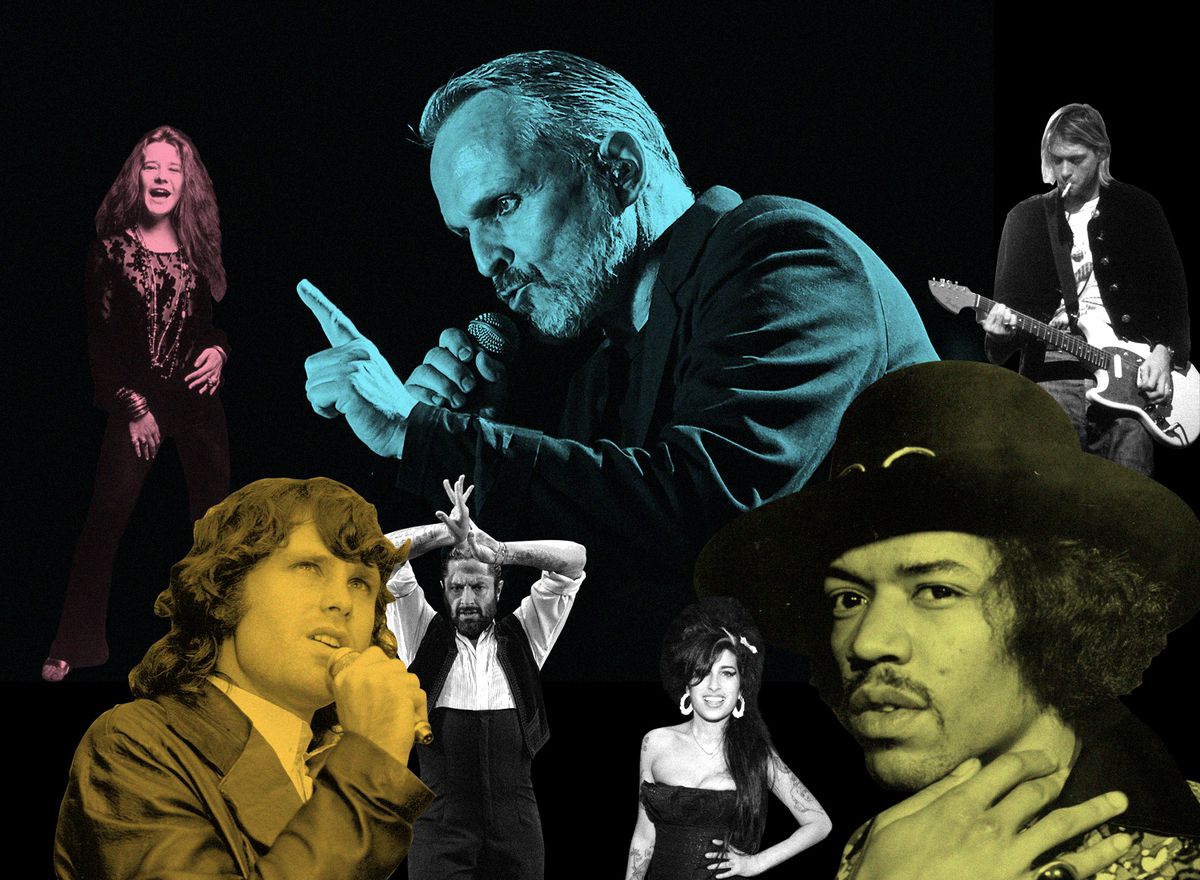 It is not uncommon for biopics of artists and celebrities have a structure of rise and fall, of death and resurrection. A person is successful, becomes famous, and in the sweetest moments of his career (also the most demanding, insecure and stressful), he falls into serious drug addiction problems. The end of the story can vary between overcoming and, in the worst case, self-destruction. It is a story told so many times that it has the familiar air of mythological archetypes, of fictional genres, of stories that we have heard many times.

The last case is that of the singer Miguel Bosé, who confessed to the journalist Jordi Évole an excessive consumption of drugs for about 25 years: up to two grams of cocaine a day, in addition to ecstasy and marijuana. “Wild Years” that he abandoned around 2015. Numerous addiction experts have widely criticized the levity in the narrative of addiction – for example, in this Marina Prats tribune at HuffPost– and, above all, of its end, as if one stopped using drugs the same way that one stops eating muffins: only with a little will. “The force is in the mind,” explained the artist.

“An artist who confesses that he has had an intense relationship with drugs, alcohol or the like, like Bosé, normally fulfills the same pattern: they are people who have already returned,” says publicist Rafa Pontes. “Bosé is already an age, his career is indisputable and nothing he does or says at this point is going to cause insurmountable damage because, after all, he is aware that the most important thing he had to do in his life It’s done. At Bosé’s point, I wouldn’t say that he doesn’t care about everything, but obviously it will be more indifferent to him than when he was 30 years old and everything to be built ”.

Time has contributed to mythologizing the relationship between art and substances. The opium-eater confessions of Thomas de Quincey, the laudanum and absinthe of the symbolist poets, the drugs in the Beat Generation, the alcoholism of Poe, Hemingway, Scott Fitzgerald, Faulkner, Bukowski or Jason Pollock, the life lag of the rock stars … Is there a relationship between creativity and addiction?

“It is wrong to associate creativity and addiction: he who is creative is consuming or not consuming. More likely it will be sober, although it is also true, and this can lead to confusion, that substances produce a disinhibition that can help to create “, explains Jose Antonio Molina, doctor in Psychology, professor at the Complutense and author of SOS, I have an addiction (Pyramid). It is notorious that alcoholic writers generally produce the most celebrated in their work before their health is affected by addiction.

The case of Amy Winehouse is especially bleak: she went from promising young talent to world star, from there to a regular user of the toughest drugs, such as crack and heroin, and finally to die after a binge on alcohol. The documentary tells it in a brutal way Amy (Asif Kapadia, 2015), which also reflects the cruelty with which the sensationalist media (especially the fearsome British tabloids), television comedians and public opinion in general made fun of his story of unstoppable addiction. When he died, Winehouse became part of the so-called “club of 27”: the group of musicians who died at that age, such as Kurt Cobain, Jimi Hendrix, Janis Joplin or Jim Morrison, after a brief existence of success and excess.

“The myth of sex, drugs and rock n ‘roll contributed to the social perception of drugs: there was less risk and they were associated with rebellion, personal liberation, going against the system ”, explains the social psychologist Guillermo Fouce, president of the Foundation Psychology Without Borders. Now the drug is not so much in rock but in the new triumphant urban rhythms: the trap genre takes its name from the trap houses, where illegal substances are dealt with. Fouce conducted an investigation on the presence of drug topics found in different styles of music. He concludes that the songs “talk about drugs on many occasions and when they do, it is generally frivolous. Drugs are fun, it helps us to have fun, to flirt, to go out with friends and to forget about our problems ”.

Why are we attracted to the figure of the cursed artist, a puppet of his addictions, but the owner of his art? “It is as if we want to believe in a universe in which lives that seem dark make sense. If we say that in that darkness is the root of a magnificent art or that we go to those dark places to bring something wonderful back, it is easier to live in a world full of darkness “, the writer Leslie Jamison explained to the journalist Andrea Aguilar in this newspaper during an interview on account of his book The trace of the days, where he relates his own alcoholism and studies that of some figures such as Raymond Carver, Billie Holiday or John Cheever. As the author points out, behind the romantic aura of suffering, bohemianism and creativity, there is an ordinary suffering, the kind that we prefer to avoid and not idealize.

The consumption habits of celebrities and artists become gossip, rumors, gossip, almost joke for a certain segment of the audience. Another recent example is the case of bailaor Rafael Amargo after the scandal generated when the police found, after a long anti-drug operation, a large cache at his home. There is talk of who “gets in”, who “gets”, who goes into detoxification treatments; the paparazzi They look for photos of celebrities in a drunken state or coming out of their treatments, with their hoods on and sunglasses on.

“We know too many stories of people entering and leaving clinics [de desintoxicación] and we refer to these as if they were amusement parks or a Primark. Detoxifying has become a pop adventure ”, writes the filmmaker Javi Giner in his recently published book Me, addicted (Paidós), where he tells with brutal honesty about his fight against addictions. It refers to cases such as those of Lindsay Lohan, Amy Winehouse, Philip Seymour Hoffman or Carrie Fisher, in which rehabilitation processes often become a motive for “social quarreling”. Drug addiction, like mental illness, “is full of platitudes, prejudices and stereotypes, and people talk about it without having the slightest idea of ​​what they are saying, if not turning it into a sensational throwing weapon,” Giner writes. In general, cases of addiction among celebrities are judged from moral superiority or are played as a joke. They are not always treated as the problem they pose. And so it is not uncommon for the victim to be blamed for that addiction.

On the other hand, many celebrities have talked about substances and addiction, although not always in the same tone: sometimes consumption is even romanticized. “It is important that, if you talk about these issues, you also talk about their negative consequences,” explains Molina. Elite athletes, influencers and singers often touch on these issues: not only substance addiction, but also in the form of advertising for bookmakers or aggressive diets to lose weight. “Some celebrities are very followed by the young population: this will transmit positive attitudes towards these practices, since they are models. Young people tend to copy it ”, adds the psychologist. So, has Bosé’s confession been positive? It has a complicated answer. Probably the only correct one is that each viewer will have theirs. In a story as thorny as this, as in any other, draw your own conclusions.

Regional GDP will fall by 3.1% in the first quarter, according to AIReF, below the average