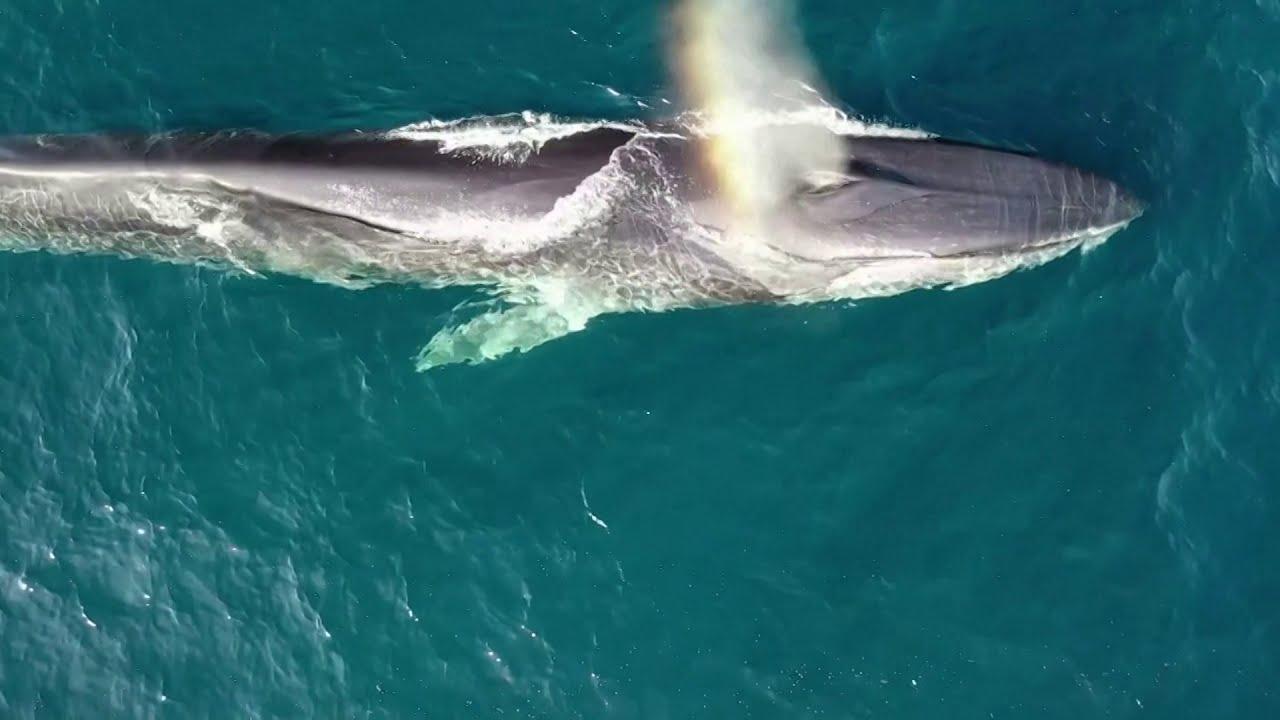 They can grow up to 24 meters in length

Drones captured how fin whales return to the same part of the Spanish coast year after year to feast on krill.

Drones have captured how end whales have returned to the same part of the Spanish coast in an annual ritual to feast on krill.

The common fin whale lives in oceans around the world, including the Arctic, the Atlantic and the Mediterranean. They migrate seasonally from different seas to feed and reproduce.

The graceful sea mammals, the second-largest whale species in the world growing to up to 24 meters in length, were recorded in 700 hours of film by the EDMAKTUB Association, a scientific organization which documents the movements and behavior of these whales.

For the past seven years, the association has documented how common fin whales come to feed up to six miles off the coast south of Barcelona and Tarragona in Spain’s northeastern region of Catalonia.

Some of the whales return to the same stretch of coastline to feed.

“Of more than 132 whales observed, 10% have been seen in previous years,” said Eduard Degollada, EDMAKTUB association president, who added each animal could be identified by distinctive markings on their heads.

Enel launches a partial takeover bid of 1,200 million for up to 10% of Enel Américas