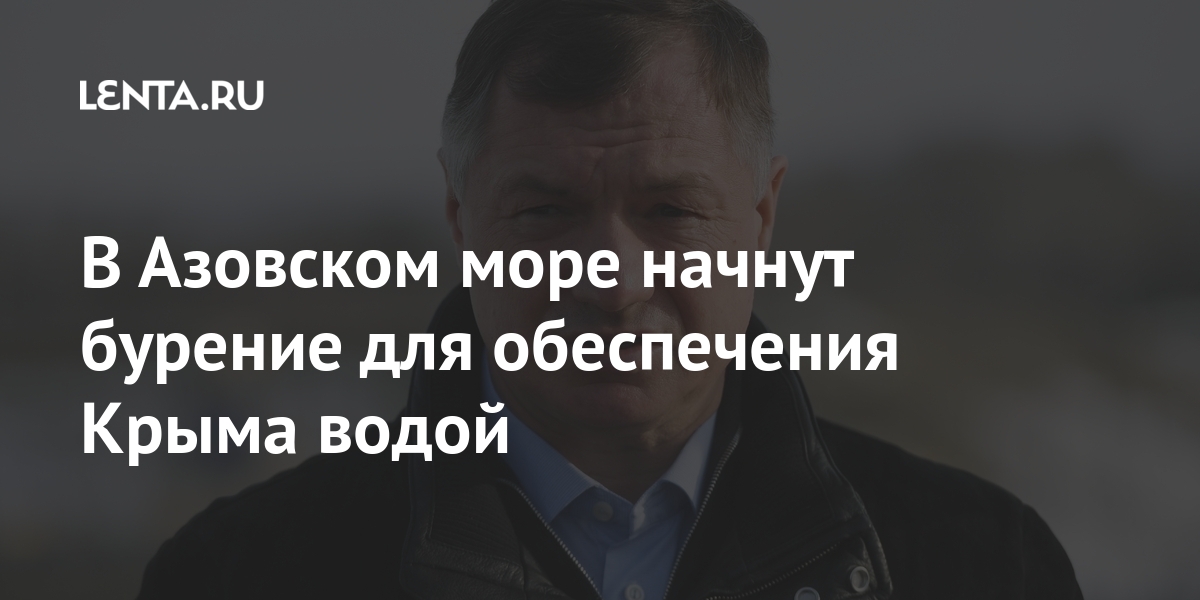 Two vessels are exploring fresh water under the Sea of ​​Azov, drilling of the first wells will begin in July. This was announced by the Deputy Prime Minister of the Russian government Marat Khusnullin, reports TASS…

“We are exploring at full speed, we drilled on the spit, found water, technical water can definitely be there. Two ships entered. I think we will start drilling wells in July, ”he said.

Khusnullin also noted that while the question remains, how much water is available, whether it will be enough to supply the entire peninsula.

In March, Russian Deputy Prime Minister Marat Khusnullin said that by 2024 it would be possible to create a guaranteed supply of water for the population of the peninsula.

In April 2014, the water supply from the Dnieper to the Crimean Peninsula through the North Crimean Canal was closed. In 2017, Ukraine built a dam in the Kherson region, which cut off fresh water supply, after which the peninsula began to experience problems with the supply of water. In October 2020, Russian Prime Minister Mikhail Mishustin announced a decision to allocate more than 50 billion rubles to Crimea to provide water supply, and President Vladimir Putin assured that the authorities did not intend to save money on solving the problem of water supply in Crimea.