Dribbling and physique: who is Burkardt, the perfect shot for Lazio 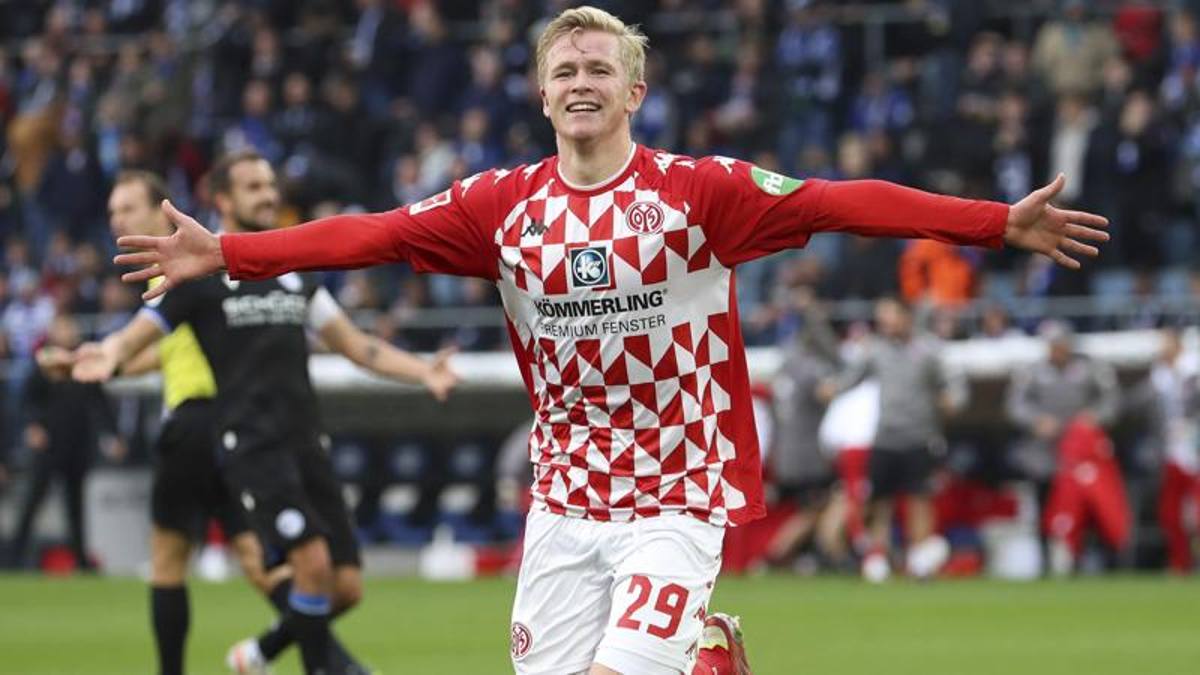 From his Bundesliga debut at the age of 18 to success in the Under-21 European Championship, the Mainz forward is ready to take the leap in quality

A complete player. In search of the springboard from which to jump. Jonathan Burkardt, a 2000 class striker from Mainz, is ready to leap in quality. At just 21, he has already made 58 appearances in the Bundesliga (scoring 10 goals), won, with Germany U21 (of which he became captain in September), the European category and attracted the attention of Flick (coach of the senior national team) and Lazio.

Already last summer several offers came to Mainz, but Burkardt decided to stay. His contract expires in 2024, the club values ​​him no less than 10 million. Good at dribbling, despite being tall and powerful he is not slow at all, which is why on some occasions he has even been deployed on the wing. He needs to improve with his left, but the assist he makes at the beginning of December against Bayern (a left-footed one) shows that he is applying. He runs for the whole attack front, presses his opponents when they have the ball, he is someone who sacrifices himself. He knows how to protect the ball and play with his back to the goal. In short, for Lazio, which must first fix Muriqi, it would be a perfect shot, also because they could play not only in place of Immobile, but together with the Biancoceleste captain.

From U15 onwards he played in all German national selections, which shows how much they believe in him in Germany. At Mainz he earns just under 1 million euros (net) per year, which also makes him fall within the economic parameters of Lazio. Already in 2018 when, just of age, he made his debut in the Bundesliga, Burkardt proved to be ambitious: he wants to play, he wants to learn, he wants to emerge, which is why, even without creating problems, he is worried if he is not deployed. This leads him to always push on the accelerator, to always give his all. Lazio also like it for this. But to get it first he will have to sell.

The Pope: "Enough, to hurt a woman is to outrage God"

Heavy music: the discovery of slowness in rock