Draghi: “In favor of the DRC. The government is united and works for the good of the country” 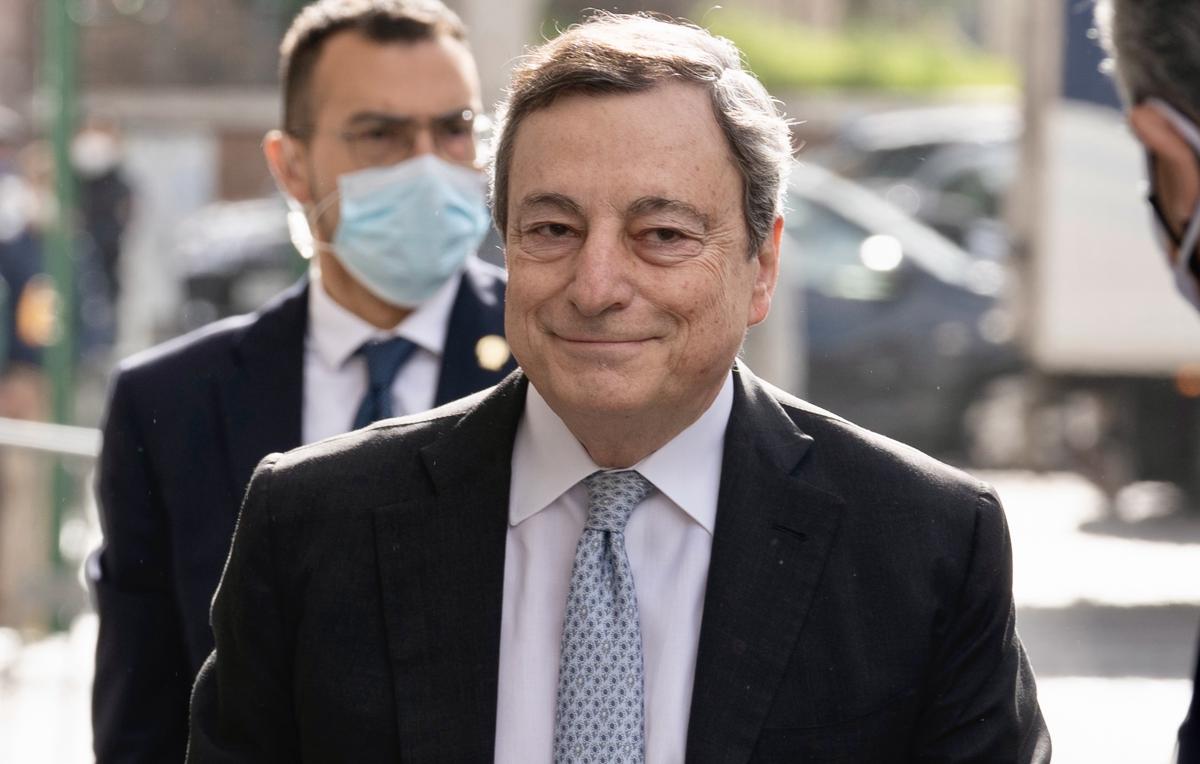 I would like to “wish all Italians happy holidays”. Thus the Prime Minister Mario Draghi, during an informal greeting to the press, before the summer break. And, he continued, “I say to all Italians: vaccinate yourselves and respect the rules”.

“Things are going well for the Italian economy and hopefully they will go even better”. “In two weeks, it takes the same determination, if not more, to face the challenges, the problems and the answers.” It is necessary “to try to do something to improve an unacceptable situation in terms of occupational safety”.

“Yesterday I thanked the ministers for their work, the determination they have had in these six months of government in designing the agenda and implementing the agenda itself. The thought that must be kept in mind is that in two weeks the same determination, if not greater, to face the challenges and answers we have to give to urgent and serious problems. When I talk about these things, apart from the commitment we have made to start school face-to-face, of the vaccination campaign, then there are all the problems concerning work: today there was a meeting with the Minister of Labor “.

One issue in particular “is important to all of us, certainly to me, perhaps, more than anything else, is to try to do something to improve what is an unacceptable situation in terms of work safety. On this occasion I also wanted to address a moving, affectionate thought to all those who loved Laila El Harim. Two months ago it was D’Orazio. And so on .. every day. Much has been done but much needs to be done. more'”.

“The only thing that matters are the results. Also for the parties. It seems strange they too work for the results and for the good of the Italians. There is no opposition of ends,” he added.

“There are no dark sides or light sides. In all of this, the only thing that matters is the results. And the parties look at the results exactly as we do, as I do. It is not that they have different goals in mind. They work. – it seems strange – they too for the good of the Italians. There is no conflict of ends between this government, the Prime Minister. Those who work are the good ones and the others not: we all work together “.

“The horizon is in the hands of Parliament: I have been called to do this and I try to do it as best I can”. Thus the Prime Minister Mario Draghi, in the course of an informal greeting to the press, replied to those who asked him what the temporal horizon of his government is.

“I fully agree with the basic concept of citizenship income” but “it is too early to say whether it will be redesigned”.

“What to fear more in the months to come? We must be sure that we have done everything to prevent the pandemic from worsening. We do not know whether this is enough or not. Everything is done on the basis of today’s evidence and data”. Thus the Prime Minister Mario Draghi, during an informal greeting to the press, before the summer break. “I want to remember that a celebrated research institute had predicted by the middle of July 1700 deaths a day and there were seven, eight. This means that it is a fluid situation we must be sure at all times that we have done everything. as much as possible on the basis of the data at our disposal “, he added, recalling that” Italy has inoculated more doses per 100 inhabitants than France, Germany and the United States “.