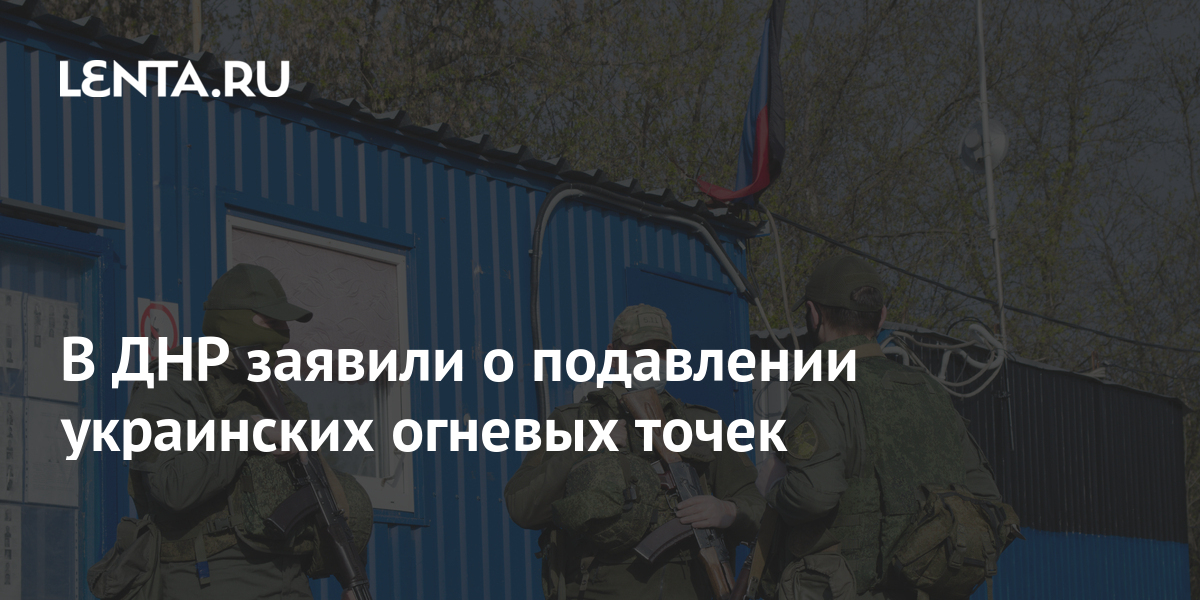 The self-proclaimed Donetsk People’s Republic (DPR) announced the suppression of the firing points of Ukraine, from which Gorlovka was fired on Sunday morning, June 27, reports RIA News with reference to the People’s Militia of the DPR.

The ministry noted that their forces “were forced to return fire,” guided by measures to strengthen and control the ceasefire. Thus, they added to the People’s Militia, they protected the civilian population. They stressed that they fired from weapons not prohibited by the Minsk agreements.

The People’s Militia believes that the Ukrainian security forces ignored attempts to “use a coordinating mechanism to quickly establish silence.”

Earlier there was a shelling of Gorlovka by the Ukrainian army. As a result, a woman born in 1969 received a shrapnel wound in the thigh.