Dozens of people have died in Canada as a result of an extreme heat wave on the North American west coast, with temperatures rising to record highs of well above 40 degrees Celsius in recent days. Police in the western Canadian province of British Columbia are reporting nearly 70 sudden deaths since Monday, mostly among the elderly, linked to the historic heat.

Authorities have advised people to stay indoors and cool off from the “life-threatening” heat wave, which meteorologists say is caused by a “heat dome,” a high-pressure area over British Columbia and the US states of Washington and Oregon. Parts of the Canadian province of Alberta and the American states of Idaho and Montana also struggle with exceptionally high temperatures.

In the Canadian town of Lytton, about a three-hour drive northeast of Vancouver, temperatures rose to 49.5 degrees Celsius on Tuesday, Canada’s Department of Environment and Climate Change reported – the highest temperature ever recorded in all of Canada. Lytton broke the Canadian all-time temperature record for the third day in a row. 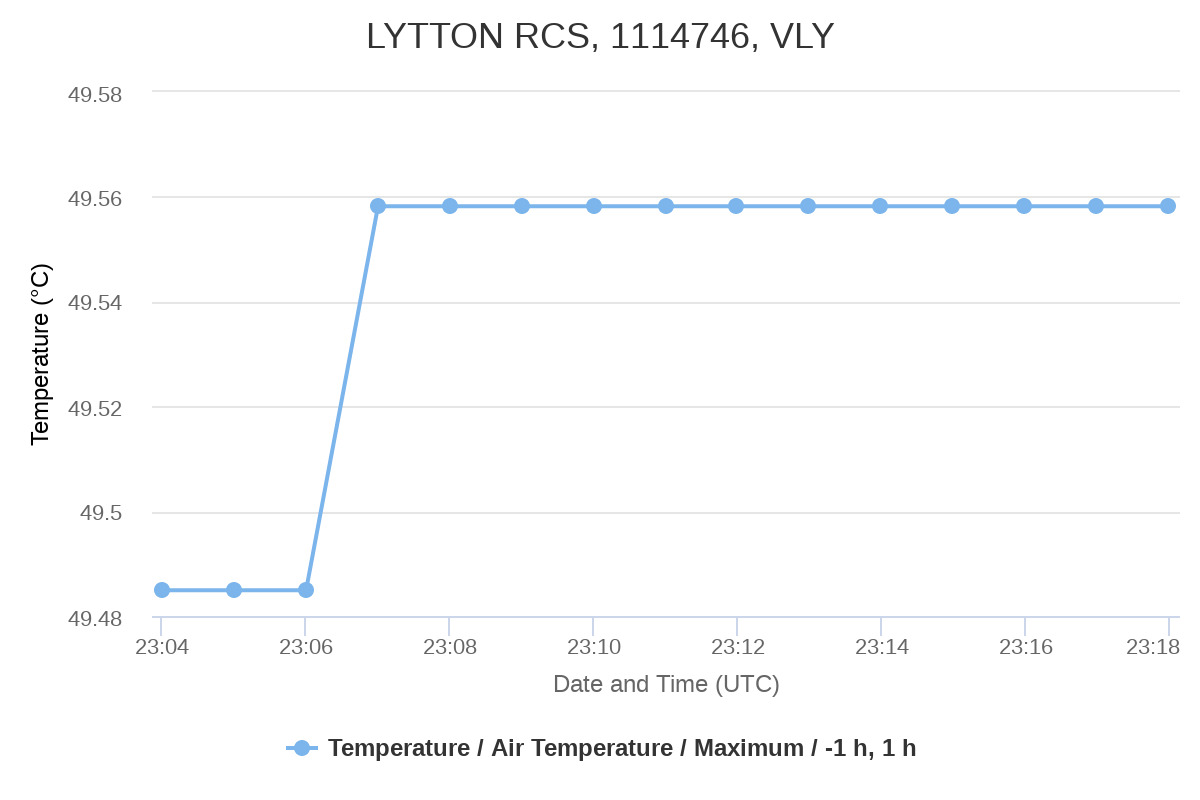 “We are experiencing the hottest week on record for British Columbia residents,” said John Horgan, the province’s prime minister. He called on people to watch out for their neighbors, especially the elderly and single people, and keep cold packs in the fridge. Cooling centers have been set up in several places, where people can go during the day to escape the extreme heat. Schools and universities are often closed.

Schools and businesses are also closed in the northwestern US and several deaths are attributed to the heat. In Seattle, the mercury rose to 42.2 degrees Celsius on Monday. In Portland, Oregon, where the temperature rose to 46.1 degrees, the light rail network gave way under the heat. The power also went out in several places, due to high use of air conditioners, among other things. Cooling centers have also been set up in those cities.

Extreme heat is unusual for the areas of the so-called ‘Pacific Northwest’ on the North American west coast. British Columbia, Washington and Oregon have a temperate maritime climate, often without the extreme freezing winters that characterize the interior of the continent, but also with less hot summers than other states and provinces.

Air conditioning is therefore less common in British Columbia than in other parts of the continent, and many residents have to keep windows and doors closed. People who do have air conditioners turn them on so massively that summer energy consumption records have been broken in recent days.

Meanwhile, the ‘heat dome’ is slowly moving east and temperatures on the west coast are dropping slightly, to well above 30 degrees Celsius – still noticeably warmer than normal for the time of year, but less extreme than the past few days. Experts, meanwhile, warn of an increased risk of wildfires in the region.