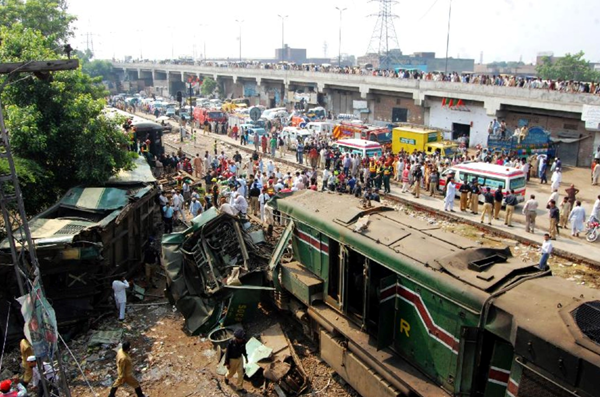 At least 30 people were killed and 50 others injured when two passenger trains collided Monday morning in the Jotki ​​district of southern Pakistan, according to local reports.
The Pakistani newspaper, Dawn, reported that the accident occurred after the Milat Express and Sir Syed Express collide.

The latter, which was heading from Lahore to Karachi, collided with the former after it deviated from its tracks on its way from Karachi to Sargodha, which led to the overturning of the cars of the Mail Express.
Osman Abdullah, deputy commissioner of Gutki, said at least 30 people were killed and 50 others injured in the accident. But he said officials are having difficulty rescuing citizens after the vehicles overturned, adding that the death toll was likely to rise.
He added that between 13 to 14 vehicles derailed in the accident, while 6 to 8 vehicles were completely destroyed.