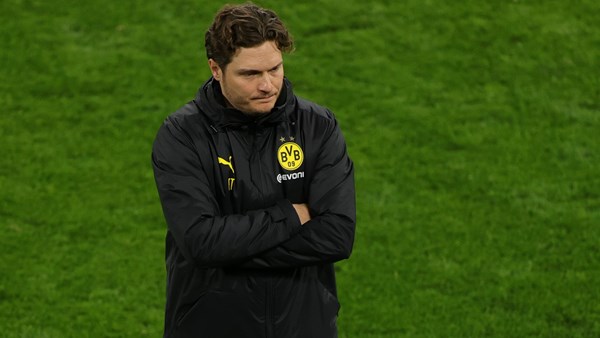 Borussia Dortmund, the German football club, announced the transfer of Eden Terzic, who saved the team’s season in 2021 by winning the German Cup on May 14, from his coaching position to a new position as technical director of the club.

Terzic took over Dortmund training in December 2020, after the dismissal of Lucien Favre, to lead the team to third place in the German Bundesliga, to qualify for the Champions League next season.

He also managed to win the German Cup after winning the final match at the expense of Leipzig.

Although Dortmund confirmed the role of Terzec in the coaching staff with the new coach, Marco Rose, if he wanted to, the club announced that he would take a new position in the administration, where he signed a contract on that until 2025, and Terzic said about his position, which will include planning for the team and monitoring the players. Secondments and working as a link between the administration and the youth center: I can’t wait to start my work.

And Dortmund announced yesterday, Monday, that Sebastian Kell, director of the player licensing department, will succeed Michael Zorc as director of football, when the latter leaves him in 2022.