Donors promise more than US $ 1,500 million for Venezuelans and Caracas calls it a “media farce” 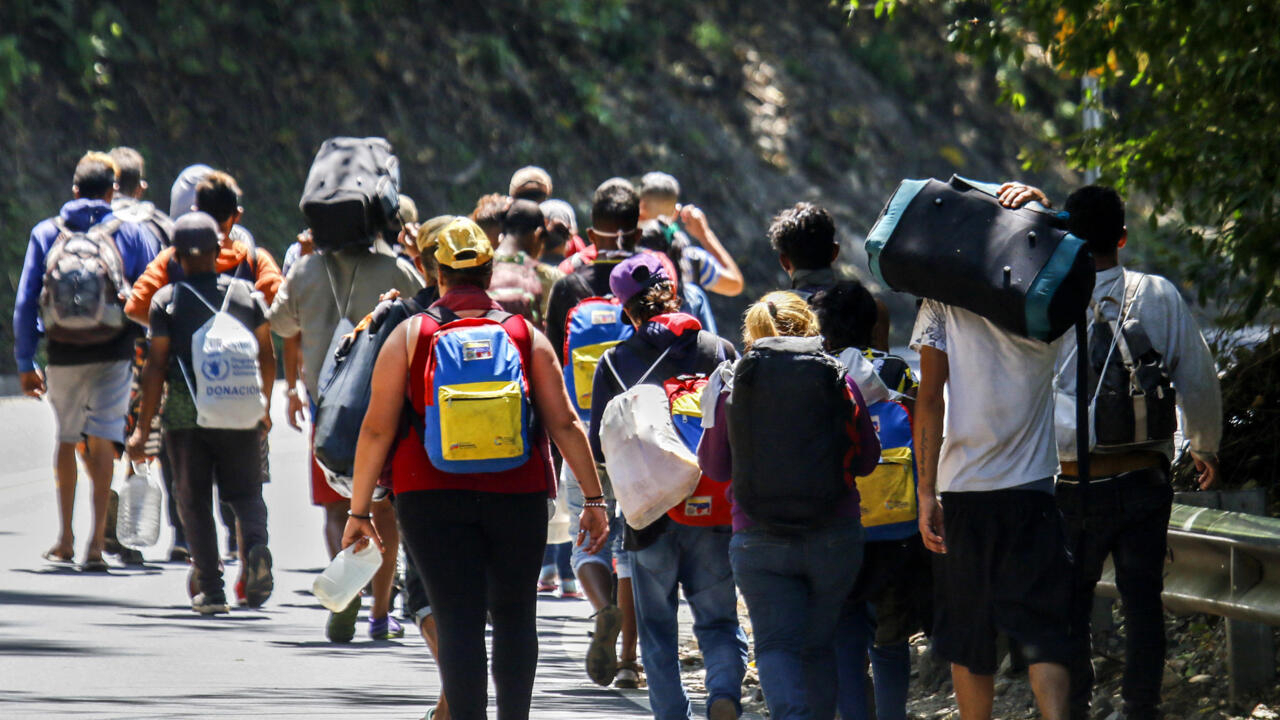 The International Conference of Donors, in Solidarity with Venezuelan Refugees and Migrants, organized by Canada, promised more than 1.5 billion dollars in grants and loans to help migrants from that country fleeing a humanitarian crisis, as well as their nations. shelter and vulnerable people who are still in Venezuela. However, Caracas attacked the initiative of more than 30 countries, which it described as a “media farce.”

Venezuela has been submerged in a deep economic crisis for several years, for which at least since 2015 more than 5.6 million citizens have been forced to leave their country.

Against this background, the International Donors Conference, with the participation of more than 30 countries and two development banks, reached a commitment on Thursday to contribute 1,554 million dollars to address the crisis.

954 million of them will be donations to help the millions of Venezuelans who have mostly settled in other Latin American and Caribbean countries. They have been even harder hit in their attempts to survive as a result of government restrictions to try to stop the Covid-19 pandemic, as a large part of these migrants depend on the informal economy.

The grants include $ 407 million pledged by the United States and $ 93.12 million from Canada. In addition, the World Bank and the Inter-American Development Bank pledged $ 600 million in loans to address the crisis.

However, the figure would not cover the needs of the territories that host Venezuelans in the midst of the hyperinflationary recession that their country has experienced after more than two decades of socialist governments in one of the world’s most oil-rich nations.

“Does this cover all the needs? Of course not … We will have to continue to encourage donors to support the response,” said the UN High Commissioner for Refugees, Filippo Grandi.

Colombia, the country that has welcomed the most people from Venezuela in the midst of the crisis, granted last February a protection status that will allow them to live and work legally for 10 years to the 1.8 million migrants from that nation.

This Thursday, in the middle of the conference, the Ecuadorian government promised a similar initiative. President Guillermo Lasso announced that he will begin a process to regularize the migratory situation of the 430,000 Venezuelans it houses.

“There is such recognition on behalf of the global community that support is needed to ensure that this generosity can continue, and really can be deepened, in host countries,” Karina Gould, Canada’s Minister for International Development, referring to the need to support the efforts of host countries.

I thank Canada as the organizer, the recipient countries, donor nations and multilateral organizations in the Conference in Solidarity with Venezuelan Refugees and Migrants.

We must unify and join forces for a solution in Venezuela. #JuntosXLosVenezolanos https://t.co/sItHsyufLC


The leader of the Venezuelan opposition, Juan Guaidó, highlighted the support of the international community with the citizens of his country. “I thank Canada as the organizer, the recipient countries, donor nations and multilateral organizations in the Conference in Solidarity with Venezuelan Refugees and Migrants. We must unify and join forces for a solution in Venezuela,” Guaidó said through his Twitter account .

The Venezuelan Government describes the donations as “media farce”

But not all have welcomed global support for refugees and migrants. The Government of the Venezuelan President, Nicolás Maduro, attacked the International Conference, which he called a “media farce.”

“Venezuelan society today observes with indignation the development, on its behalf, of a new edition of the media farce called” donors conference for Venezuelan migration “, without knowing the destination of the large funds announced, and supposedly raised, in the last two years for that purpose, ”the Government underlined in a statement.

#RELEASE | Venezuela indignantly condemns the development, on its behalf, of a new edition of the media farce: “Donor Conference for Venezuelan Migration”, and demands the cessation of acts of political, economic and communicational aggression against our country. pic.twitter.com/BwyfB9YK9w


The Maduro Administration considered that it was all an “anti-Venezuelan political propaganda,” while continuing to cast doubts on the money collected. He assured that so far 2,800 million dollars have been collected, whose destination, he insisted, “little or nothing is known.”

According to Caracas, the conference omits “both the causes related to the imposition of a criminal blockade through illegal sanctions, to the situations of discrimination and exploitation to which Venezuelan citizens are subjected in many countries of the continent.”

He also accused Spain, Canada, the European Union and UN agencies of acting “under the strict script of Washington” to exhibit “a cynical reading of the situation of migrants of Venezuelan origin.”