Doncic, 207 million reasons to say yes to Dallas. “A special moment for me” 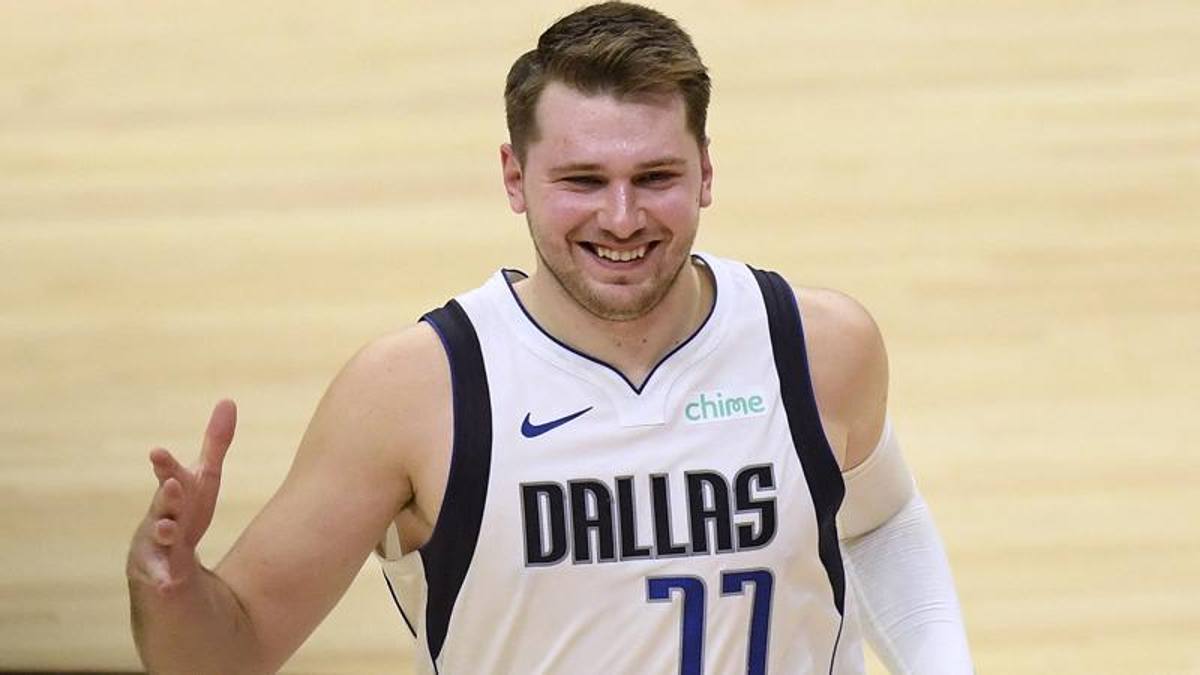 Luka signs the richest renewal for a rookie in Ljubljana, with a Mavs delegation led by Mark Cuban

It wasn’t just a huge crowd to welcome Luka Doncic on his return to Slovenia from the Olympics on Sunday. Waiting for the national hero in Ljubljana was also a delegation of the Dallas Mavericks, led by Mark Cuban, the new GM Nico Harrison and the new coach Jason Kidd. And a new five-year, 207 million dollar contract, the one Doncic signed this morning in a hotel in Ljubljana. It is the richest extension in history for a rookie, the one that transforms Doncic not only into the symbol of the Mavs, but also into one of the most important faces of the new NBA. “We want him to have the same career as Dirk Nowitzki, if not better,” says Mark Cuban with a huge smile.

Doncic loosens some of his natural distrust when on the stage of the Ljubljana hotel he meets (physically and virtually) the journalists to discuss his new contract. He wears a white shirt that enhances his physique that has become powerful in the three years in the NBA, a gold rolex on his wrist. “But I have not yet decided how to start spending this money, I have yet to realize it,” he says trying to release the tension. “It’s a special moment for me, this is a dream come true – continues Luka -. The game of basketball has given me so much and has taken me to amazing places. I am happy and excited to stay in Dallas to play for the Mavericks. My commitment goes to this organization and its fans. We all want to win and we will all work for it, I feel like saying to the fans that my hope is to bring them the Nba ring. I feel at home there, surrounded by great people ”.

There have never been doubts about Luka’s signature on the extension with the Mavs. However, Mark Cuban wanted the definitive white smoke to take place in Slovenia, at Doncic’s home, and he moved all the top Dallas executives to Ljubljana, starting with himself. “We came to Slovenia to confirm to Luka how important he is for us – said Cuban, sitting smiling next to Doncic -. We want him to know that we are always there for him, everywhere, that we want to know better not only him as a person but also what is important to him. Coming here to Slovenia, walking the streets of the city and spending time with him allowed us to take this first step ”. Cuban opened the press conference in Slovenian, amid Doncic’s smiles, and repeated several times how much the Mavs delegation, which also includes Dirk Nowitzki, had a good time at Luka’s house. “I enjoyed the wine, the wine, the wine, the wine…” Cuban said in one of the many funny moments of the press conference.

All those present underlined how the signing of this contract is only the first step for Doncic in the climb to the NBA Olympus. “Congratulations Luka, but now let’s get to work,” said Jason Kidd. If Luka’s renewal (the contract will go into effect from the 2022-23 season) was the number 1, 2 and 3 priority of the Mavs offseason, the team has completed a renewal campaign they deem satisfactory. And the trip to Slovenia is not accidental: both Cuban and Kidd said that the Mavs can take an example from how the national team was able to exploit Doncic for fourth place at the Olympics. “The chemistry and the understanding between us were important and are essential to win – said Luka of his national team -: we must do the same for the Mavs”. Now that he has signed the new contract, Doncic is ready for the next step: at the Olympics he has already shown how dominant, unattainable he can be. Dallas hopes he will continue to do so in the NBA as well.