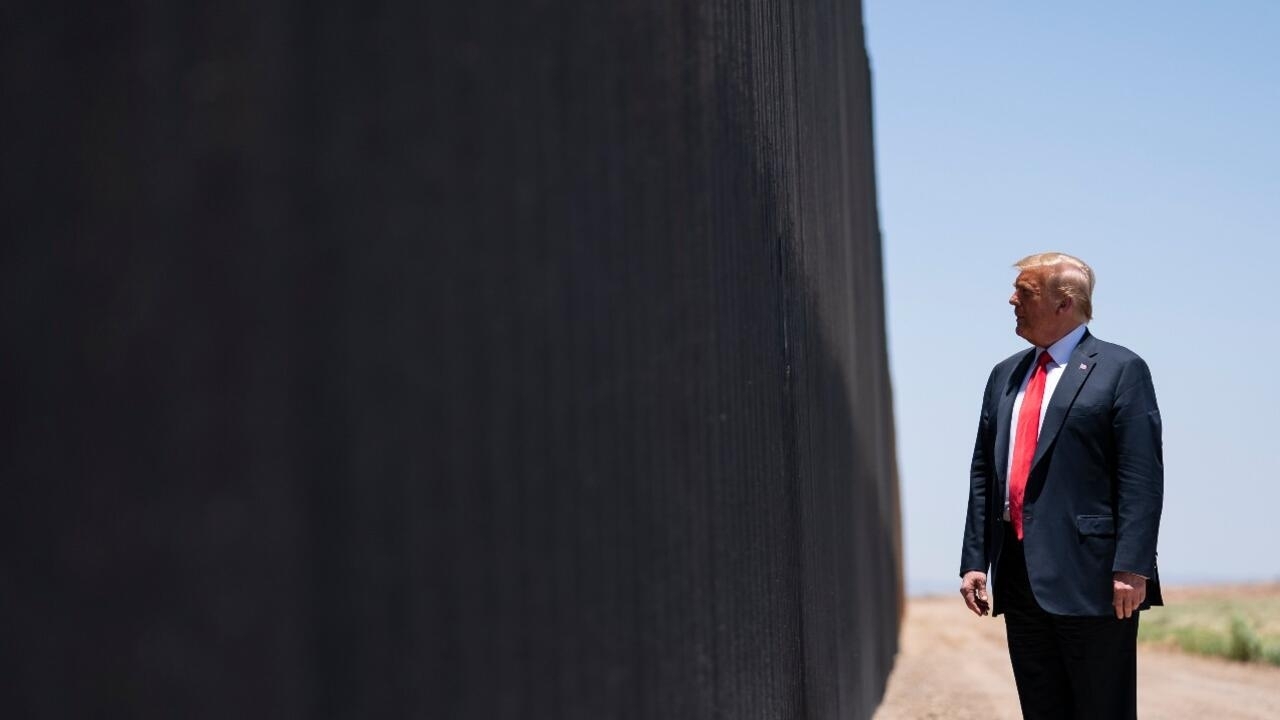 The US president will approach the Texas part of the wall that divides with Mexico after several days held in the White House after the incidents that occurred in the Capitol and the suspension of his Twitter account. This gesture is intended to underline your political legacy on migration.

Donald Trump faces his last days as president of the United States and for this reason he plans to hold an act on the wall that divides his country with Mexico with the aim of highlighting his legacy in terms of migration.

This challenge comes at a crucial moment in the Republican’s political career. Defeated in the elections of November 3 against Joe Biden, Trump did not admit defeat for months, until last January 6 hundreds of his followers stormed the Capitol and public opinion accused him again of instigating violence and attack the democratic institutions of the country.

This event caused everything to rush and the outgoing president to accept a “peaceful and orderly transition” of power with Joe Biden and condemn the violence. After this appearance, the isolation of the president with respect to public appearances has been almost total, something accentuated by the permanent closure of his Twitter account, the main channel that the tycoon used to communicate with the world.

Your actions may have consequences in the future. For now, he will face what will be his second ‘impeachment’ in a year due to his involvement in last week’s riots in Washington DC Several Democratic legislators have already pointed out the possible criminal consequences that the Republican could face.

But these days of isolation have served for Trump’s closest circle to encourage him to highlight his four years in power with significant acts during the last week he has left in office.

The trip to El Alamo, a landmark in the struggle of Texans against Mexican troops at the beginning of the 19th century, will seek to highlight their constant struggle against the arrival of illegal migration to the country. To do this, he will visit the famous wall with Mexico, one of the electoral promises that resonated the most during his 2016 campaign.

The construction of a wall, the main promise of the campaign

The end of illegal migration was one of the most controversial things that raised Donald Trump to be the first Republican candidate in 2016, and then president of the United States. In these four years, the opposition has tried to curb Trump’s aspirations for the wall, trying to cut the necessary budgets, but they have finally been built just over 640 kilometers, which for the most part have replaced some type of existing fence.

The flow of migrants has decreased notably since the arrival of the president to power, although it has also been a consequence of the pandemic and of bilateral agreements with third countries. However, according to AP, this December has seen an increase in migrants on the southern border, which registered the presence of up to 74,000 people.

In fact, the construction of this wall was widely criticized by the Democratic caucus and some Republicans, who considered it from the beginning as an economic waste and Trump’s intention to build a megalomaniac monument to remember, with the excuse of security.

With the end of his mandate the construction of the wall will be put to an end, since one of the main promises of his electoral rival, Joe Biden, was immediately stop the construction of that barrier. However, it appears that the immigration policies carried out by the Trump administration could take considerably longer to reverse, as Democrats fear that a series of radical changes will trigger a migration crisis.

With the departure of the Republican from the White House, several Latin American leaders have spoken about “readjusting” the migration agreements with Biden.

Citizens’ convention for the climate: the bill should be discussed in March in Parliament