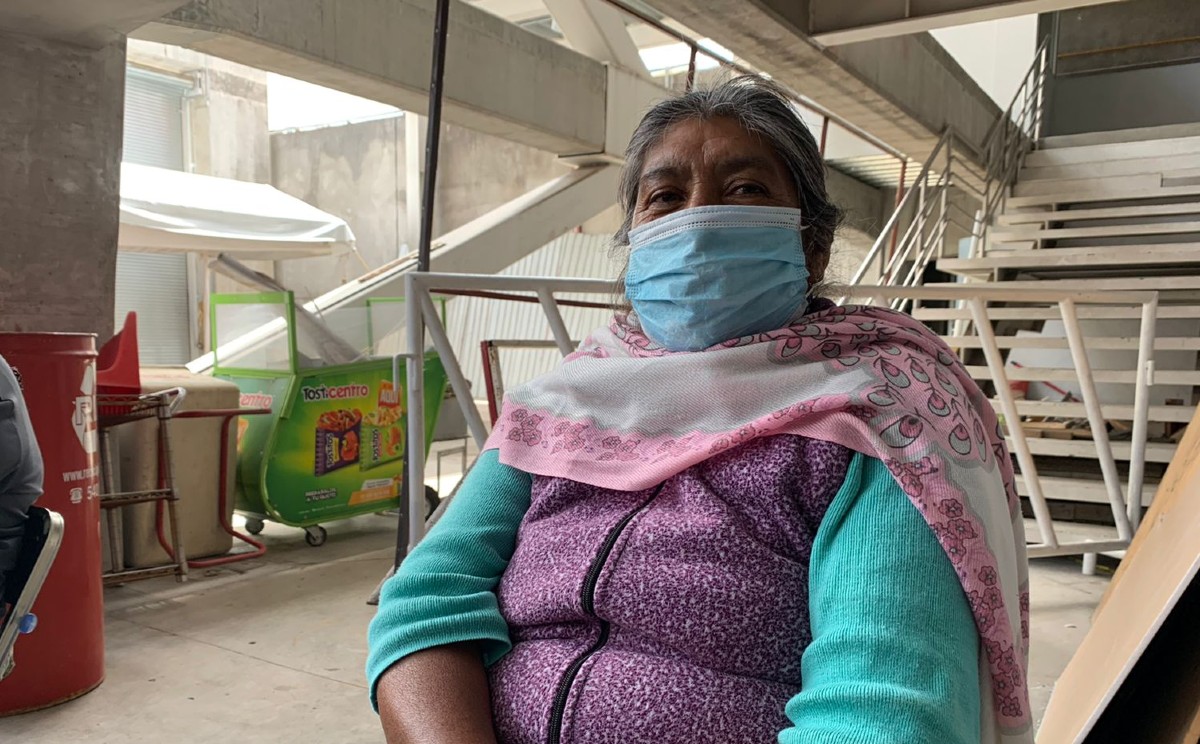 Thanks to the special module that the city of Toluca opened in which laggard groups were served, Mrs. Reina Miranda, from San Diego de los Padres, northern region of the municipality of Toluca, was able to receive her first dose of this scheme, ensuring that it was the love of her 10 grandchildren that made her overcome her fear and go to the “Nemesio Diez” Stadium to get vaccinated.

Without queuing and a little fearful, she arrived enlisted with her registration, mask and all the love in the world, well ensures that with the vaccine you will feel much safer hugging and playing with your grandchildren.

His gray hair and his big eyes, that convey their joy, they contrasted a bit with the jovial atmosphere that was lived in this stage, which was attended by thousands of young people between the ages of 18 and 29 to receive this first dose.

After months of waiting, analyzing whether or not he was vaccinated – he assured – it was more fear, than the application lasted, because he only closed his eyes and received that little picket cold.

“At first I was afraid, but they already convinced me they told me ‘leave because your grandchildren are here and with that virus that is coming, you better leave‘, that’s why I came. Thank God no waiting. I didn’t want to at first; but it was fast ”.

This Friday concluded the application of the first dose of the vaccine against covid-19, for people between 18 and 29 years old, living in Toluca, the programmed goal was to apply around 180 thousand doses in seven days.

Without the presence of long lines and with a constant influx, the last day of application of the first dose of the anticovid vaccine, for this age group, closed in the four modules located in the Mexican capital.

Unlike the first days of this new application stage, in some venues, including the one installed in the “Nemesio Diez” Stadium, the first dose was applied to groups that lagged behind, who for some reason did not ask to attend to receive this first dose, with their respective age group.

Until this thursday The entity’s authorities reported that in the case of Toluca, through the vaccination modules installed in the Toluca Convention and Exhibition Center, the Local Canine Board, the “Nemesio Diez” Stadium and the New Music Conservatory, from the Centro Cultural Mexiquense complex 155 thousand doses had been applied.

The recommendation to the population is keep an eye out for when the second dose will be given, while the laggard groups that attended on this occasion, the call is reiterated so that as soon as this second dose is reported approach the modules in the age group ranging from 18 to 29 years.