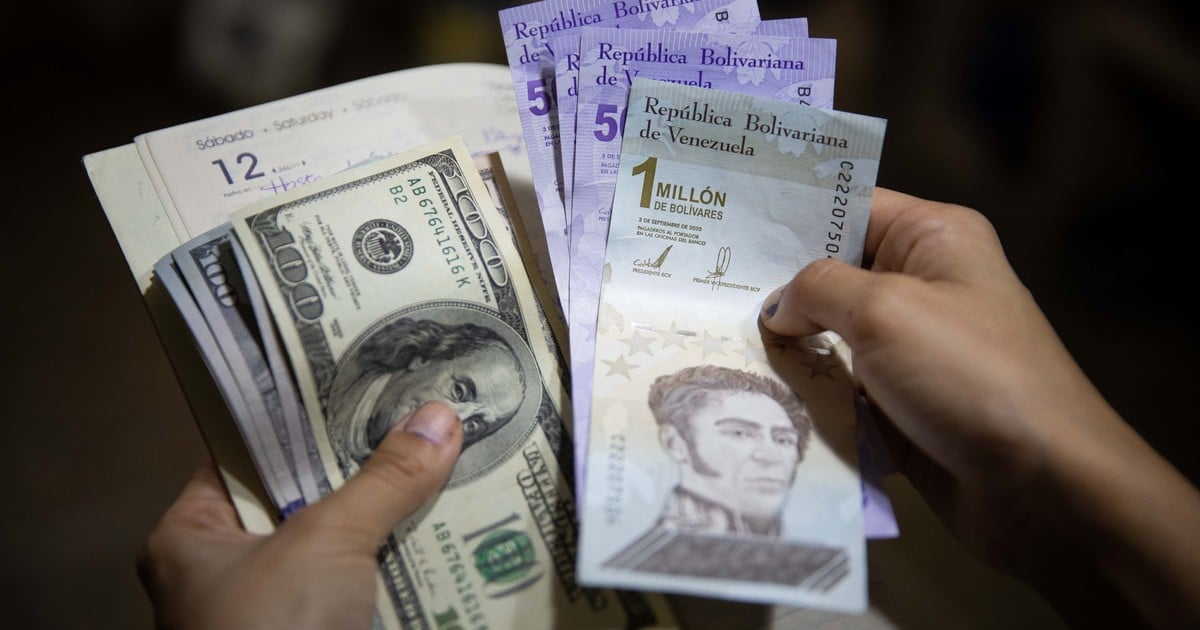 Venezuela It has been immersed in the nightmare of hyperinflation since November 2017, a time of stunning figures that led to spontaneous dollarization as a lifeline.

However, in recent months, the increase in prices in bolivars – the devalued local currency – seems to have started to slow down, which nurture the hope of leaving the bad dream behind. Meanwhile, the greenback makes its way into the country.

For its part, the Central Bank of Venezuela (BCV) reported inflation in May of 28.5%, 24.6% in April and 16.1% in March. The official figures, however, generate distrust of the opposition, which handles much more pessimistic data.

Thus, according to data from the government of Nicolás Maduro, inflation was three consecutive months below the 50% that marks hyperinflation. The OVF reported 50.9% in February, although the BCV put it at 33.8% in that month.

A butcher shop in Caracas, with large posters with the price of its products. Photo: EFE

Between enthusiasm and caution

Faced with these data, the dean of the Faculty of Economic and Social Sciences of the Andrés Bello Catholic University (UCAB), Ronald Balza, warns that the relief may just be an illusion.

The expert explained to the EFE agency that hyperinflation begins when in a month it exceeds 50% and only it can be terminated when a whole year has elapsed below that percentage.

“It’s twelve months without having 50% again in a month because, once you exceed 50%, the distortions in the fiscal and monetary system are so severe that you have to make sure to correct them to say that hyperinflation has stopped” , details.

For this reason, while waiting for a year to pass, Balza stressed that “unfortunately nothing has been seen that makes us think that it is going to get out of hyperinflation because there is no fiscal correction in sight.”

To his caution is added that, “more than once it has happened”, since November 2017, that one month inflation exceeds 50%, “then there are three months in which it does not, and in the fourth month it rises again because the The machine that generates hyperinflation is still active. “

That machine is the “severe fiscal mismatch which ends up being solved with monetary issuance “.

The Central Bank of Venezuela maintains that inflation is slowing down, but the opposition questions the figures. Photo: EFE

Balza compared the situation with that of Bolivia in the 1980s, when, to overcome hyperinflation, “they decided to increase the price of gasoline,” as the government of Nicolás Maduro did in 2020, which allowed the Executive to receive some income and “stop financing with the central bank.”

To that they added international loans that made “the fiscal gap that existed was filled with internal and external income and the Central Bank stopped being used”, which put an end to the hyperinflationary cycle.

In the streets, that little respite is hardly noticeable, especially because, as Balza says, the majority of the population has suffered a “sudden impoverishment” due to hyperinflation, despite the fact that the Chavista regime increased the minimum wage this year in 300%.

The retired waiter Alex Niebles complains: “Up everything, nothing has come down, everything is inflation.”

“Currently I do not see any stability, everything is the opposite, an inflation that I believe that everyone here is complaining, the salary is not enough to buy anything, nothing, nothing,” he tells EFE.

Niebles explains that “the dollar has been imposed” as payment currency, and “all” product has its prices expressed in dollars.

Of course, his pension is still in bolivars, seven million or 2.1 dollars, so he must resort to street sales to complete his income.

Edith Aponte agrees with him, a housewife who, although she observes that the prices of basic products such as a bag of rice or corn flour -basic in the Venezuelan diet- have remained at one dollar for months, considers that everything still “extremely expensive” and the salary is “not enough for absolutely nothing.”

“We eat and we reduce ourselves, I am a housewife and I buy a flour and I have to try to yield it; (the prices) are through the roof, the eggs not to mention, the cheese for breakfast,” he emphasizes.

It is the seed that sowed hyperinflation for more than three years and has germinated with a widespread impoverishment Summarized by Maikel Lugo, unemployed and father of a two-month-old baby: “This is fatal, every day the country situation gets tougher.”

The nightmare still promises to be long.