Dog puppies are born with the genetic ability to understand humans 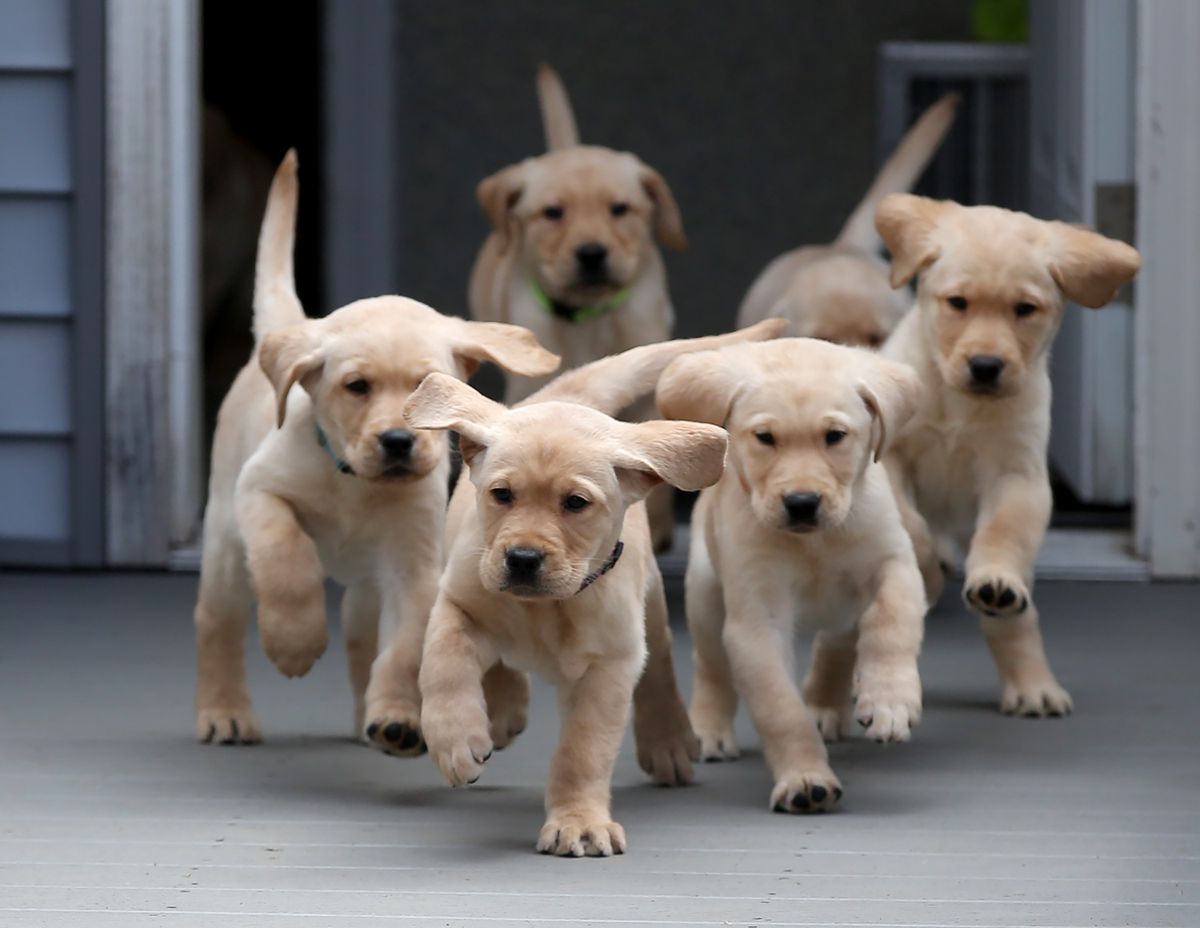 Dr. Emily Bray, a researcher at the Canine Cognition Center of Arizona, tells excitedly that the most beautiful thing about her last job was seeing how the golden retriever and labrador puppies she was studying gently wrestled with each other to see which one would take first to participate in communication tests. “It seems they really enjoyed the experiments,” explains Bray. When the scientist and her team went to fetch a puppy to transport to the exercise room, they were all on top of their littermates, jostling each other to be picked.

Once in the lab, the two-month-old dogs nibbled on study mats, urinated in the middle of rehearsals, and did all sorts of mischief, but “they were still adorable,” says Bray, lead author of an investigation that has just been published in the scientific journal Current Biology So what helps explain the close relationship between people and their dogs. The study’s findings reveal that domestic puppies are born with the innate ability to understand human beings. “We found that these abilities are highly heritable,” says Bray.

The findings of the article provide direct evidence that a large percentage of the variation in social cognition of the dog is genetic and does not depend on breeding or education. The study, which analyzed the behaviors of 375 puppies, the largest sample to date, revealed how most dogs found hidden food by following the human cue to the indicated location and how they also looked scientists in the face when they spoke to them. for more than six seconds. These two abilities demonstrated for the first time that puppies have the genetic ability to understand and interact with humans through body language.

Julia Espinosa, a researcher in the Department of Psychology at the University of Toronto and a specialist in cognitive skills in dogs, acknowledges that the research by Bray and his team is “very scientifically sound.” Espinosa says she was surprised by such a high level of response from puppies to human stimuli at such a young age. “This is really strong evidence that dogs are sensitive to human social cues even though they are going through the early stages of their physical and mental development.”

Animals, the researchers explain, respond to people’s gaze and successfully use the information provided by a human being in a social context from a very early age, even before leaving their littermates to live one-on-one with their volunteer breeders.

Bray’s work showed that the pups were not guided by smell to find food nor were they learning rapidly during the course of exercise, but were doing it precisely by following cues from the start. “This led us to conclude that they began the task with the communication skills necessary to be successful.” According to Bray, these social skills have a very strong genetic component. “43% of the variation that we see in the ability to track points and in gaze behavior is due to genetic factors.” These are very high numbers, similar to estimates of the heritability of intelligence in the human species. “All these findings suggest that dogs are biologically prepared to communicate with us,” says the researcher at the Arizona Center for Canine Cognition.

“All these findings suggest that dogs are biologically prepared to communicate with humans.”

Espinosa, who was not involved in the work, says the study provides a data set “incredibly rich in genetic and behavioral information” that helps rethink many aspects of the study of dog learning. However, for the researcher there are still many questions about the cognitive abilities of these animals. In the future it would be interesting to see if these puppies need to maintain exposure to communicative gestures during their youth-adolescent development in order not to lose these abilities with which they appear to have been born.

Their hypothesis is that just like young children who are no longer sensitive to vowel sounds in other languages ​​at a certain point in time, dogs may no longer be sensitive to human communicative signals if they do not live in close contact with people. during key stages of development.

Espinosa affirms that, despite the robustness of the study, the tests do not show that dogs have developed abilities to communicate with humans, but rather that they have a genetic component that predisposes them to socially interact with people. “I don’t think puppies have innate communication skills. For me, it is important to differentiate between sensitivity to human signals and communication, which implies that the dog not only perceives the signals, but also produces them ”.

Bray and Espinosa agree that throughout evolution, domestic dogs have acquired a biological preparation to recognize and respond to human signals from an early age, and also that the special bond that forms between them and dogs is undeniable. humans. This relationship involves attachment and communicative behaviors and is very similar to what we see between human parents and children. Espinosa, however, insists on the importance of external factors to enhance or reduce these genetic abilities. “I think it is necessary to remember that even heritable traits like those investigated in Bray’s paper often depend on environmental factors for their full development.”

Bray explains that the abilities that dogs have genetically and that they enhance during breeding, uniquely position them to fill the role they have alongside humans. “Many of the tasks that they perform for us, now and in the past, such as herding, hunting, detecting dangers or acting as service or companion dogs, are facilitated by their ability to use our signals effectively,” he concludes.