Does Biden fix what his predecessor spoiled with NATO? 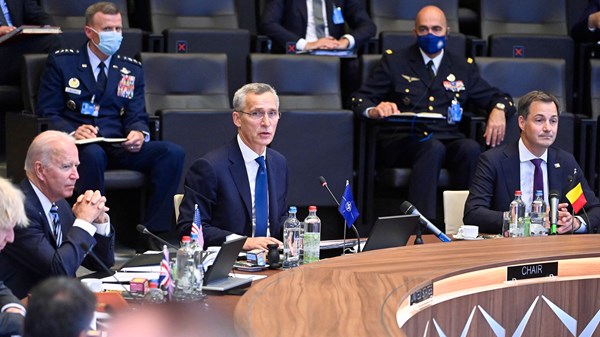 Today, Monday, NATO held the first meeting attended by US President Joe Biden since he came to power last January.
Biden is seeking to mend relations after his predecessor Donald Trump threatened to withdraw from the nuclear-armed military alliance and described its members as “negligent” in financing the alliance’s operations.
Biden, upon his arrival in Brussels after attending the Group of Seven summit in England at the weekend, again wanted to rally Western allies to support a new US strategy and demonstrate unity.
The US president said that defending Europe and Canada is a “holy obligation” for the United States, marking a marked departure from his predecessor Trump’s threats.
“Article 5 is a sacred obligation,” Biden added, referring to the transatlantic alliance’s collective defense pledge. “I would like all of Europe to know that the United States is there,” he added after arriving in his black presidential car.
“NATO is very important to us,” Biden added.