Doctors mistakenly removed a third of the intestines of a Russian 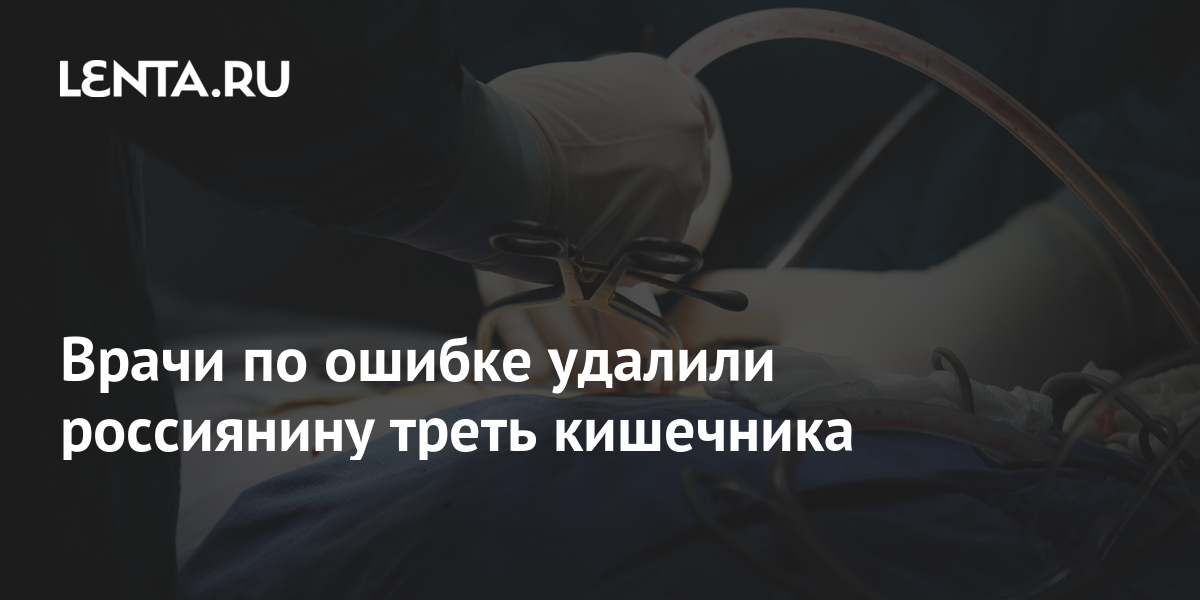 In Krasnodar, 18-year-old student Ilya Tomenko, doctors mistakenly removed a third of his intestines and made him disabled. Writes about this “Komsomolskaya Pravda”.

In November 2019, the guy was admitted to the hospital with acute appendicitis, he was operated on, after which he was sent for histological examination. It showed that Tomenko had cancer. He was sent to an oncological dispensary for treatment and an operation was prescribed to remove part of the intestine. After the operation, the doctors gave a disk with analyzes and other studies. But it turned out that Tomenko did not have cancer.

“My mom decided to figure it out and sent the histology data for genetic testing. The horror was that her suspicions were confirmed, ”said the victim.

The tests belonged to an unknown woman. Tomenko filed a lawsuit against the doctors, through whose fault he became disabled, and demanded compensation. On June 9, the court ruled to pay the guy five million rubles.

Until it came into force, but, according to lawyers, the hospital will challenge such a decision.

Earlier it was reported that in the city of Balakhny, Nizhny Novgorod region, a local resident, Sergei Prozorovsky, had his stomach removed by mistake. He was suspected of having cancer, while in reality the man suffered only from an ulcer.