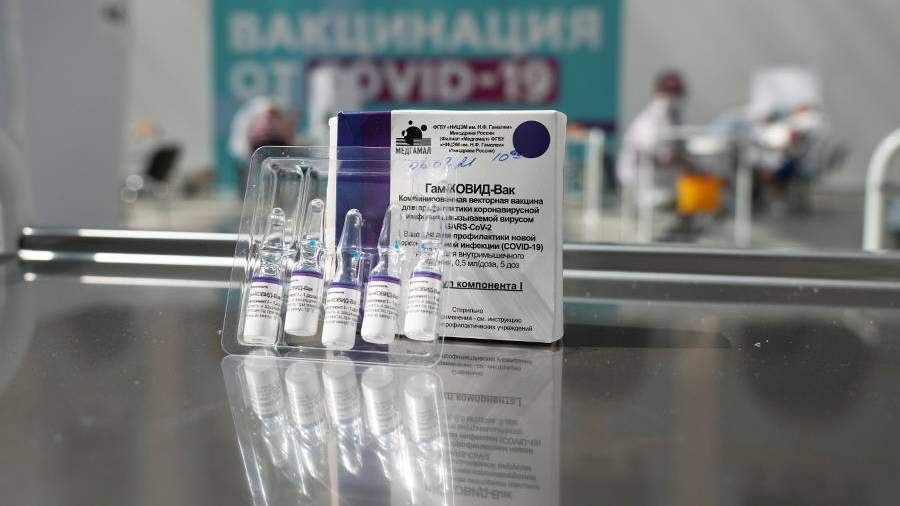 Vaccines against the new coronavirus in the form of nasal drops may differ from injectables by the longer formation of the body’s immune response. Svetlana Ishchenko, an infectious disease doctor, told about this on Sunday, July 11.

“The injectable form allows the drug to be absorbed faster, as it immediately enters the bloodstream, the response will be faster. In other forms, there will also be a reaction, but a little later, depending on how it is assimilated, ”she said. TASS…

The expert also commented on the possibility of oral administration of the drug.

According to her, when putting into circulation vaccines in various forms, the doctor will take into account the diseases suffered by a person and give individual recommendations.

In turn, Associate Professor of the Department of Infectious Diseases in Children of the Russian National Research Medical University named after V.I. NI Pirogova, infectious disease doctor Ivan Konovalov pointed out that the medical community very much welcomes the development of vaccines, the method of administration of which is less traumatic and requires less time and effort.

“It makes it easier to use drugs. Such an application is psychologically easier to perceive, ”he told the agency.

At the same time, the doctor emphasized the need to achieve stability of the results of drug administration.

“In the injectable form, there is more control over the fact that the vaccine works universally, regardless of the individual characteristics of the organism. In oral forms it can be more difficult, the condition of the mucous membranes in different people can be different, ”added Konovalov.

On June 23, First Deputy Chief of Staff of the Mayor and Government of Moscow Alexei Nemeryuk, who heads the Moscow Department of Trade and Services, announced the availability of the intranasal single-component vaccine Sputnik Light in the capital in the near future.

In addition, on April 10, the head of the Russian Ministry of Health, Mikhail Murashko, said that at the site of the N.N. A.A. Smorodintseva is developing another aerosol vaccine for COVID-19.

According to the director of the institute Dmitry Lioznov, drug trials will begin in the fall, and in the spring the drug will be “available”. The vaccine for intranasal use is made on the basis of an attenuated influenza virus and uses a technology similar to that of another Russian vaccine, Sputnik V, in which adenovirus is used to deliver part of the coronavirus gene into the body.

Also on April 8, Rinat Maksyutov, Director General of the Vector State Scientific Center for Virology and Biotechnology, Rospotrebnadzor, said that the organization had begun developing a vaccine against coronavirus in the form of nasal drops. The composition of the main active component of the vaccine will not change in comparison with the EpiVacCorona vaccine developed by Vector, he noted.

Large-scale vaccination against COVID-19 has been taking place in Russia since January 18. The vaccination is given free of charge to everyone. At the moment, four drugs for coronavirus are registered in the country: Sputnik V, Sputnik Light, EpiVacCorona and KoviVak.