Do you long for more Stranger Things in your video games? This crossover with SMITE is what you need 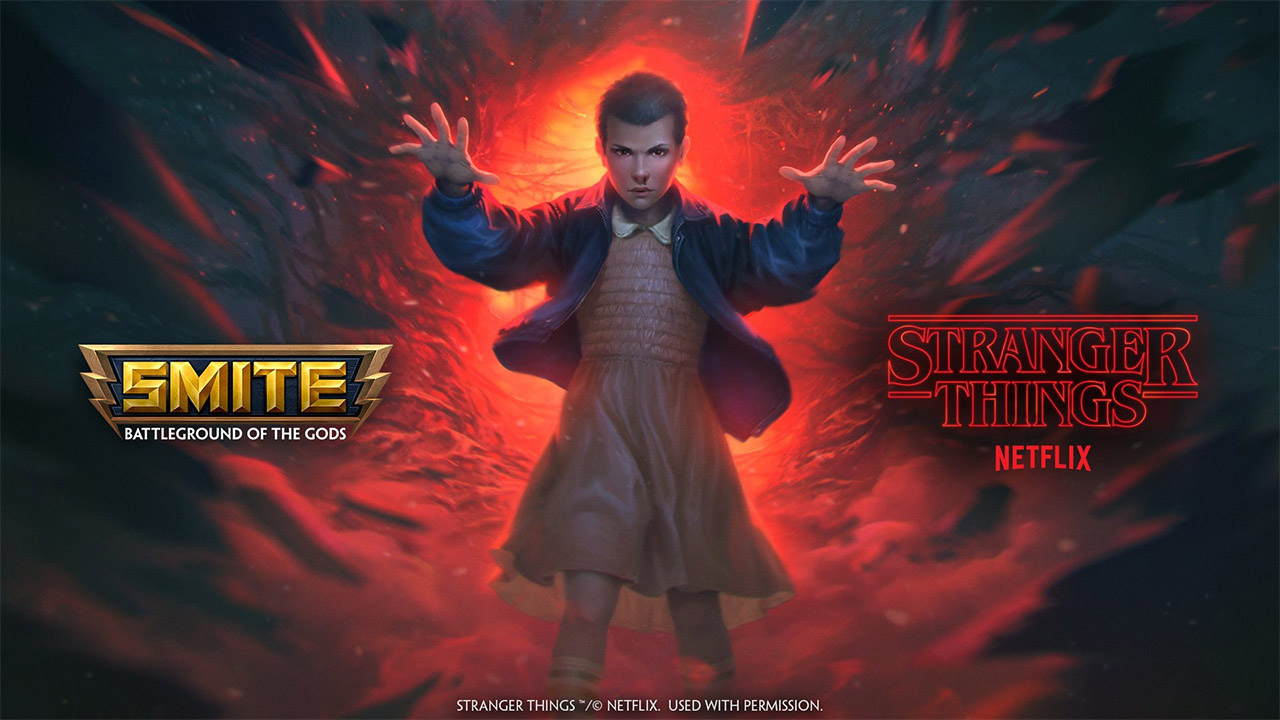 Hi-Rez Studios MOBA prepares its new collaboration with the Netflix series in the next battle pass.

“Something is coming, something thirsty for blood!” Hi-Rez Studios your next crossover in SMITE, the MOBA where we control deities from different civilizations. Zeus, Ra, Cupid and company will soon receive all the horror of the Netflix series.

We do not know the content of the battle pass yet.As well as the collaboration with Avatar and The Ninja Turtles, this time several cosmetics will arrive from Stranger things. With over a hundred characters available in the MOBA, Hi-Rez select a small group of gods for each of these crossovers. We don’t know the details yet (no trailer yet), but the promo image at least confirms Eleven in the event.

The skins will not be the only thing that we will see in the battle pass; the Arena Mode map in SMITE will also be adorned with the Upside Down skin, the dark dimension seen in various episodes of the series. Full details of the crossover to be revealed at Summer Game Fest on June 10.

This is not the first time that Stranger Things has appeared in a crossover, and now that it has three seasons, video game companies increasingly have more material to collaborate with the series of Netflix. It should be remembered that these events of SMITE they don’t last forever; Players have a limited time to unlock all content. If you can’t get something before the Battle Pass wipes out, you won’t have another chance.

SMITE is available for free on PC, Nintendo Switch, PS4, and Xbox One. Thanks to its backward compatibility, you can also play it on PS5 and Xbox Series X.