Do you believe in miracles? Around them there were only piles of ash, yet they had managed to escape death. The beautiful story 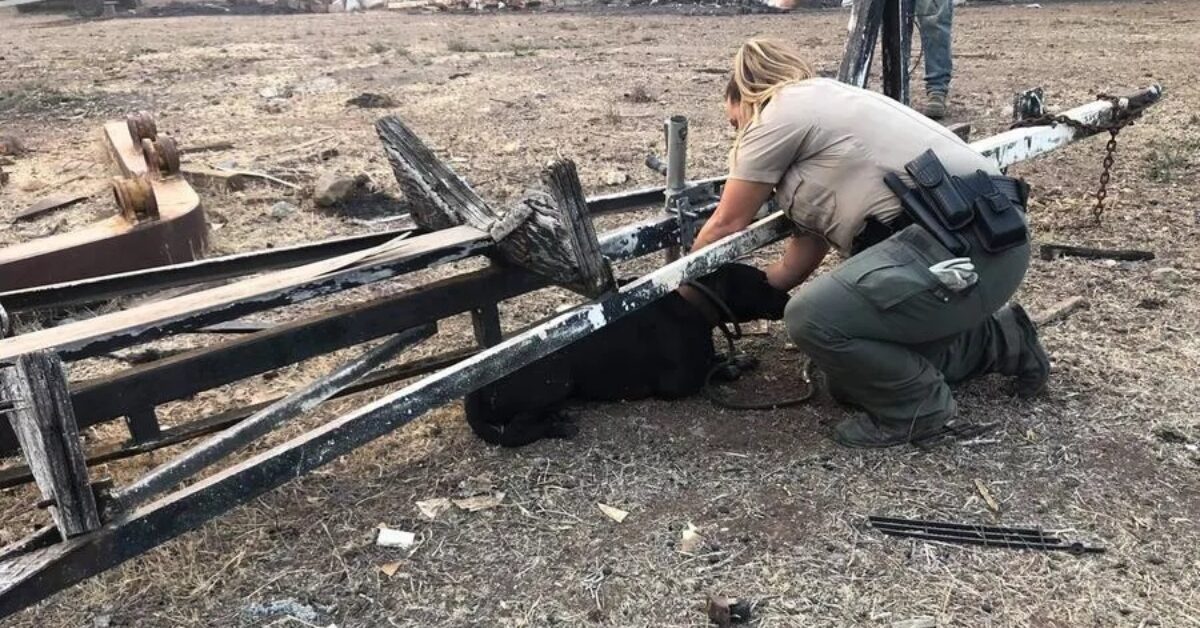 The incredible story of two miraculous dogs: they managed to save themselves from a violent fire, one of them was tied to a chain

Do you believe in miracles? This is the story of two dogs, which has conquered the entire world of the web. It all started when the volunteers of the animal control of the North Bay Animal Services they got a call after a violent fire in Lake Country.

The boys were convinced they had to retrieve the lifeless body of a four-legged friend, who was a victim of the flames. Once on the spot, however, they realized that they were in front of a real miracle. They found the animal still alive, tied to a chain. As soon as he heard the footsteps of those unknown humans, he found the strength to raise his head for help.

And it wasn’t over there. Not far from him, hidden inside a hole, there was another dog who had escaped death.

The volunteers couldn’t believe it. All around them was destroyed, they were alone piles of ash, yet they had managed to to survive. A real miracle.

We couldn’t believe our eyes. It was a double miracle, there was no other explanation. We looked around, there was only silence and the smell of destruction. But they were both alive.

The rescue of the two dogs

Rescuers first rescued the dog tied to the chain. The latter was attached to a towbar of a cart. He had no way of escaping or sheltering, but he had managed to escape the fire. The guys believe he managed to hide in the sand. He had no burns on his body and as soon as he was released, the animal started wagging its tail and running happily. He knew he was finally free.

The second dog was curled up on himself, inside a hole, trembling with too much fear. After the sweet words and the caresses of the volunteers, it is reassured and reached his friend.

Now the two dogs are at veterinary clinic, waiting for their fate.