‘Do what is necessary to reinforce protocols and open schools’ 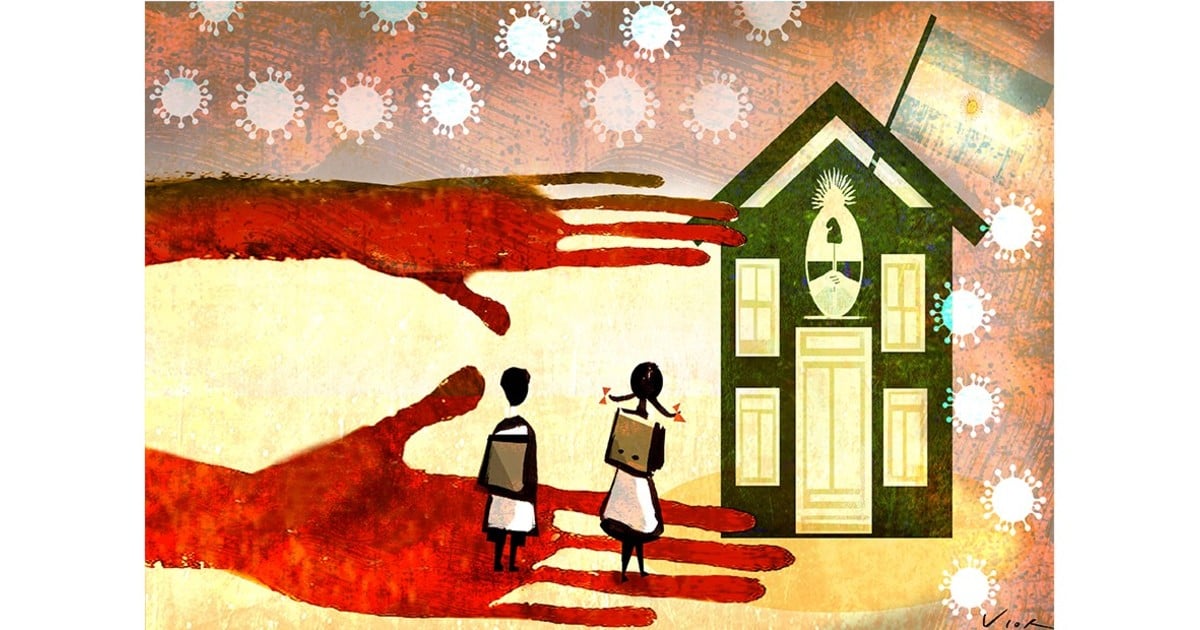 Using the number of cases as a rationale and seeking to decrease the circulation of the coronavirus, schools have once again been the first to close. Once again, our children and young people are the victims of politics and unions that cannot think of education as fundamental, as a priority, as essential. Beyond the numbers that show that schools are safe.

Beyond the fact that teachers at risk, with chronic diseases or over 60, are all dispensed. Beyond the enormous inequality that exists in the tools that children have to follow a virtual education and the impossibility of connecting many. In addition to all this, today the focus should also be on mental health. The teaching role in the presence is irreplaceable and its influence is incalculable.

Teachers and managers accompany students in all their realities, teachers contain, teachers guide, teachers always provide much more than content. If the measures taken were to prioritize health, who thinks of these children again locked up? The consequences of the pandemic on mental health are the true invisible figures. I have received inquiries from children who do not want to get up, who cry because they want to go back to school. They can’t face a screen and others don’t.

Teens with panic attacks, anxiety, and depression. It’s not for the next 14 days. Of course, we can all isolate ourselves if it is the best decision for our people. But the young man, hopeless, thinks again: why only us? Is it going to be 14 days? Can we go back to face-to-face education? Children and young people once again feel that they are the last in our priorities. Their mental health, and that of the educators who accompany them, must also be a priority. Let’s do what is necessary to strengthen protocols, improve transportation, and open schools. School-age students cannot have another entire school year virtually. Opening schools is also taking care of health.

“The dialogue between Alberto F. and Larreta should have been public”

Presence is the essentiality prior to any communicational educational contact-contract. Nothing substitutes the face-to-face meeting because nothing substitutes direct contact, taking care of ourselves is being responsible citizens of our social encounters, we must take the risk of maintaining sociability since it is the basis of community health that is the pillar of the common good. The school must be a fundamental instrument of the health education of the population.

The worst health effect of the virus is isolation because it is not necessary, since it is possible to be without risk of contagion if there is a desire to take care of yourself.

“Argentines, one more effort if you want to be Republicans.” The school educates the sovereign, the myopia of the State when closing the schools for a year prevented the use of the fundamental instruments for prevention. The dialogue between Larreta and Fernandez should have been public, since people should have known that the conversation was clearly discussed.

That those above “try to get down a bit, to reality”

Who is the other? It is half of the Argentine people. Those who, overnight, due to the appearance of Covic-19, lost the only possibility of taking a few pesos home to feed their children. I am referring, mainly, to street vendors.

Those who invaded the means of transport of all kinds, but with that form of “work”, earned the day. I am also referring to those who lived doing “changas” of any kind, but who could ultimately support their families. And of course, I am referring to all those women who worked as “domestic servants” and who overnight, living almost always in the province, were unable to move to their jobs, because they could no longer take a bus or travel by train, due to the pandemic.

Does the government ignore that before the pandemic, a large part of the Argentine people was poor? The great insecurity that we suffer is not due to a “criminal vocation”, but due to necessity and hunger. It hurts me to have to accept it, but I myself fear going out, more because of insecurity than because of the pandemic itself.

I think, as an older adult, that Argentina is divided into two parts: those at the top and those at the bottom. And it is here when I return to my first reflection, with which I began this letter. It’s hard to put yourself in someone else’s shoes when you’re having a really bad time.

For this reason, I invite those who are “up” to go down a bit and try to understand the anguish of that part of the population.

In full pandemic “they forget the disabled”

It is not surprising that the disability community lives in oblivion. It is enough to see the words of the President and his totally obtuse vision of reality.

For more ad hoc late course, it is unusual that he and almost all politicians are unaware of such a sensitive issue and that they seem to care little. It is enough to see the non-compliance with regulations regarding health, education and work to which they are subjected.

The worst enemy in this matter is ignorance and indifference. Certain acts confirm it on a daily basis.

The odyssey of depositing large sums at ATMs

I went to the ICBC bank to make a cash deposit, and since the sum was large, I got an appointment. I went to the bank to make the deposit in the human ATM, because I do not know how to use the manual and I am afraid that they will rob me, since there is no custody of any kind.

I arrive at the window and he tells me that I cannot deposit because the amount is less than the one authorized by the bank, which must be greater than $ 150,000. After arguing, the bank staff accompanied me to the cashier and it took 40 minutes to deposit $ 80,000 because the machine did not accept certain bills and had to be put back in, and so on until the end came and 6 $ 500 bills there was no way that the machine accepts them.

The clerk went to the window and exchanged those bills for three of $ 1,000, two of which were accepted by the machine and the last one was swallowed and locked inside, which was necessary to give it to me without depositing. I asked the employee what would happen if while I was carrying out the deposit process, a thief came in and snatched my bag with the money, she answered that there are cameras, but I asked her if the cameras would give me back the money. Unanswered. Why can’t I choose where to make my deposit?

Virus and political war in Italy: clashes over the reopening and fear of a new wave of Covid

Salsero Héctor ‘Tempo’ Alomar, author of “How I make you understand”, passed away