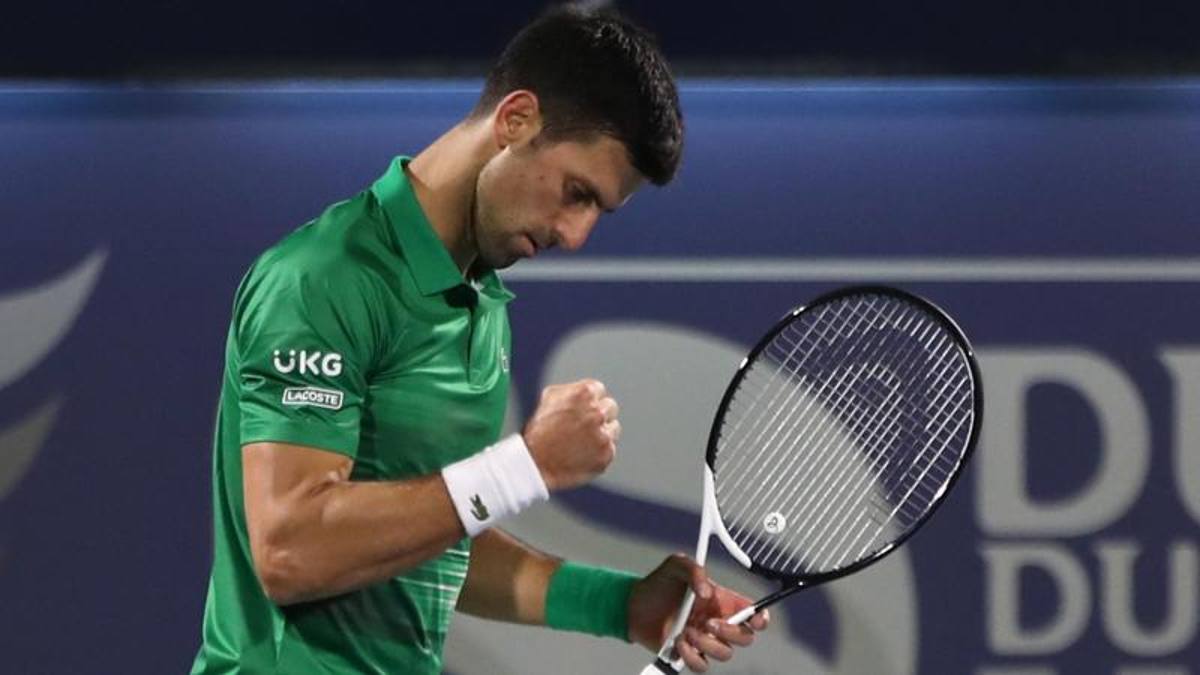 The Serbian, returning after 80 days and the chaos Australian Open, overtakes the 19-year-old Italian with a double 6-3 in the Atp 500 of the Emirates

Eighty days away from the circuit. Eighty days in which he also experienced the shame of being expelled from Australia and therefore from the first Grand Slam of the season. Now Novak Djokovic is back, hungrier than ever, with the aim of saving the world’s number 1, never so much in danger. After 361 weeks on top of the pinnacle of tennis, Nole is in danger of losing the crown. Because if Medvedev were to win in Acapulco and he stop in Dubai before the final, the Russian would take the throne.

It was Lorenzo Musetti, who was beaten with a double 6-3, at the expense. Lorenzo was in his second experience against the Serbian after that of the last Roland Garros, when the 19 year old from Carrara had gone up 2 sets to zero and then suffered the ferocious comeback of the champion. Fresh from the quarter-finals in Rotterdam, but also from a bad influence, Musetti was hoping for a bit of luck on the eve. He had it, because he was granted a wild card in the Emirates ATP 500, but the draw was less benevolent. Nole is relieved, the return went as he wanted: “A victory in two sets, the cheering of the public: I could not have hoped for a better return”.

See also  The clashes of Mexican soccer players in the second phase of the Champions League, Europa League and Conference League

Nole arrives on the field in white and green, and the Serbian torcida celebrates him from the stands. He leaves as if nothing had happened, he does not betray any emotion, he is finally in the place where he wanted to be. Lorenzo starts strong, going 30-0 on Djokovic’s serve, but the number 1 immediately finds the square, and the service (a second one at 190 km / h) scoring 4 consecutive points for the 1-0. Try to sink, Nole, in the second game but Lorenzo is saved from 0-30. On the other hand, he fails to recover in the fourth when he suffers the break from the Serbian who goes 3-1. Lorenzo does not want to give up his weapons and even earns three break points in the 5th game. The 20 Grand Slam champion clears the first two with his serve, then two errors by Musetti and a winner launch him at 4-1. The set ends 6-3 Djokovic who immediately goes ahead by a break in the 2nd. At 3-2 Musetti has the opportunity to make up for the disadvantage. Nole cancels and starts cursing at the address of her box. After an hour and 13 minutes, Djokovic’s match point arrives on Musetti’s serve. He doesn’t waste the opportunity. The Djoker is back.

See also  Music Viivi Korhonen slammed five Emma nominations without even the first record released - Such is the pop star singing about the end of the relationship, who started her career in the children's singing competition