Djokovic will face Tsitsipas in Rome final after achieving his 1,000th win 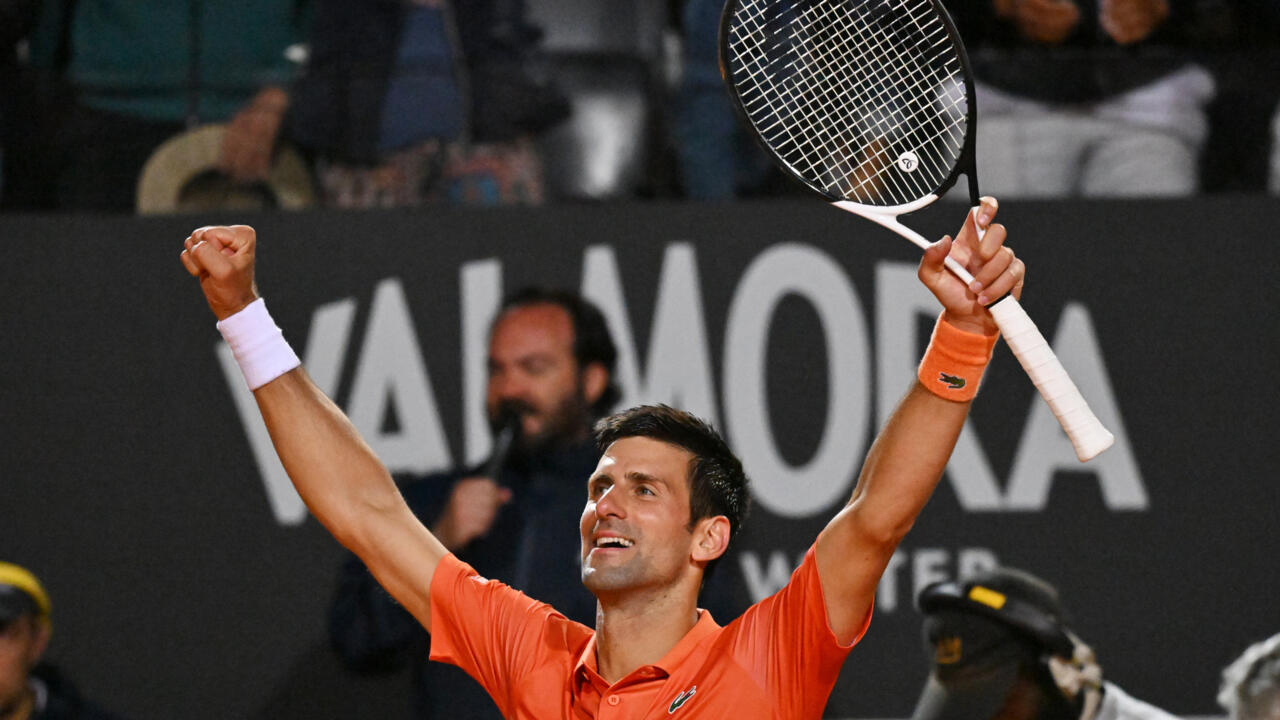 Rome (AFP) – World number one, Novak Djokovic, a candidate for a sixth crown at the Masters 1000 in Rome, dominated Casper Ruud (10th) 6-4, 6-3 this Saturday, to meet Stefanos Tsitsipas in the final, becoming incidentally in the fifth player to reach the barrier of 1,000 victories in the circuit.

Still without a title this year after a first quarter with almost no play due to his non-vaccination against Covid-19, Serbian Novak Djokovic had to work hard against a combative Casper Ruud.

‘Nole’ thus becomes part of the select circle of players with 1,000 victories on the ATP circuit, with Jimmy Connors (record with 1,274 victories), Roger Federer, Ivan Lendl and Rafael Nadal.

“Let’s go for another thousand!”, smiled the Serbian when receiving a commemorative cake of that symbolic number at the end of the match.

In the absence of Rafael Nadal, emperor with ten titles in Rome but eliminated in the round of 16, and Carlos Alcaraz, who rests with his sights set on Roland-Garros, which will be held between May 22 and June 5, Djokovic has seen clearer his way to the final.

Djokovic-Tsitsipas will be a rematch of the last Roland Garros final, won by the Serb after a five-set battle. ‘Nole’ dominates 6 wins to 2 against the Greek, who always lost against him on clay.

In women’s tennis, the Tunisian Ons Jabeur will face the number one, Iga Swiatek, in the final

In the women’s category, the Tunisian Ons Jabeur (7th in the world) had to fight hard this Saturday to reach the final of the Rome tournament, saving a match point against the Russian Daria Kasatkina (23rd), and will face the N .1 in the world and defending champion, Iga Swiatek.

To reach her second final in eight days, following her title in Madrid last weekend, Jabeur had to work out a match point for the Russian at 4-5 in the third set, before prevailing 6-4, 1- 6, 7-5 in almost two hours.

The current champion Iga Swiatek had qualified hours before for the final of the WTA 1000 tournament in Rome, where she will seek her fifth consecutive title after Doha, Indian Wells, Miami and Stuttgart.

The 20-year-old Pole, a big favorite for Roland Garros (May 22-June 5), signed her 27th consecutive victory by defeating Belarusian Aryna Sabalenka, third seed, 6-2, 6-1, on clay of the Foro Italico.