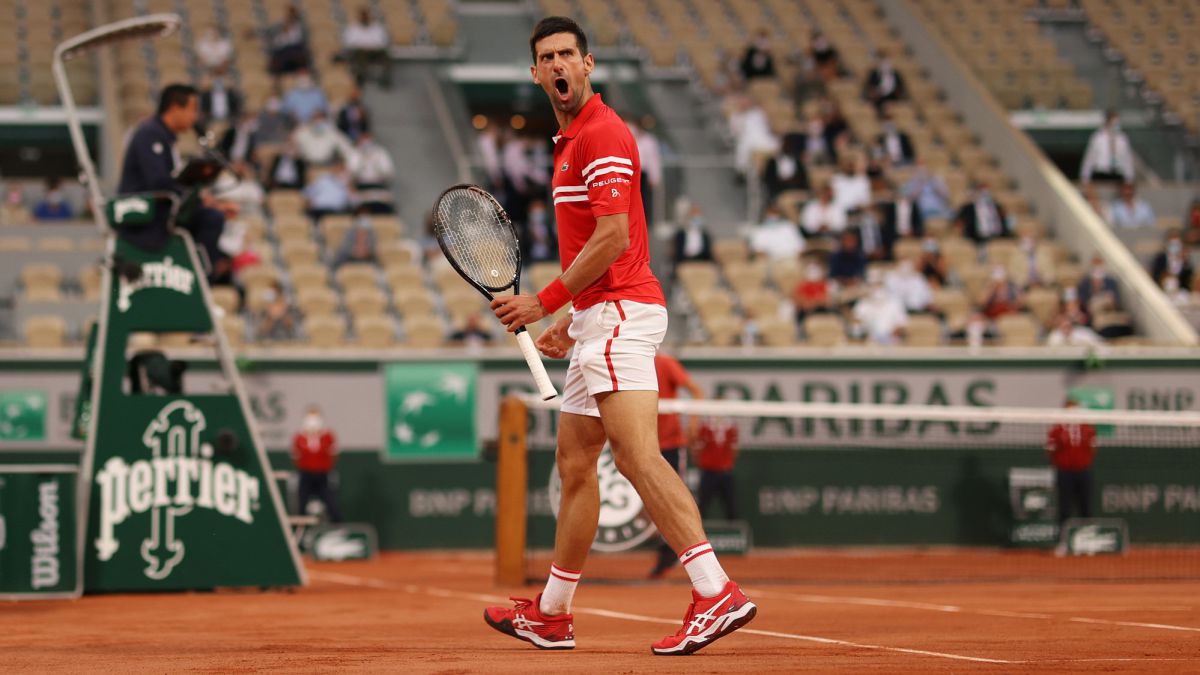 With the lesson of his bad start to the round of 16 against Lorenzo Musetti well learned, Novak Djokovic applied himself with much more attention in the quarterfinals against another Italian, Matteo Berrettini, although a set was left to win by 6-3, 6-2, 6-7 (5) and 7-5 in three hours and 28 minutes. The Serbian, with guaranteed number one after the elimination of Medvedev, got into the semi-finals at Roland Garros with such ease, eleventh that he disputes in his career in the tournament, 40th of the Grand Slam. He is the second ever tennis player to reach that figure after Roger Federer, who goes for 46. He will play on Friday for a place in the final against an old acquaintance, his most staunch rival: Rafa Nadal.

Djokovic did one of those surgical precision drills in the first two sets with just 11 unforced errors, and he got confused in the tiebreaker of the third when he had two aces to win against a Berrettini who only had three break options in the whole game and fit four. The Roman’s best tool, the serve, did not pay as much, although it did keep him afloat in the fourth set until Nole broke his resistance.

He did not trust Matteo, a semifinalist at the 2019 US Open, who had just won a clay court title in Belgrade and from being a finalist at the Mutua Madrid Open, also in brick dust. In addition, he had not had to play in the second round because of Federer’s resignation.

The Balkan was not helped by the 25-minute interruption of the duel due to the reluctance of spectators to leave the Philippe Chatrier in the evening session due to the 23:00 curfew. Neither did a slip where the left hand was injured. The victory was celebrated with fury and tremendous screams after kicking a fence shortly before.