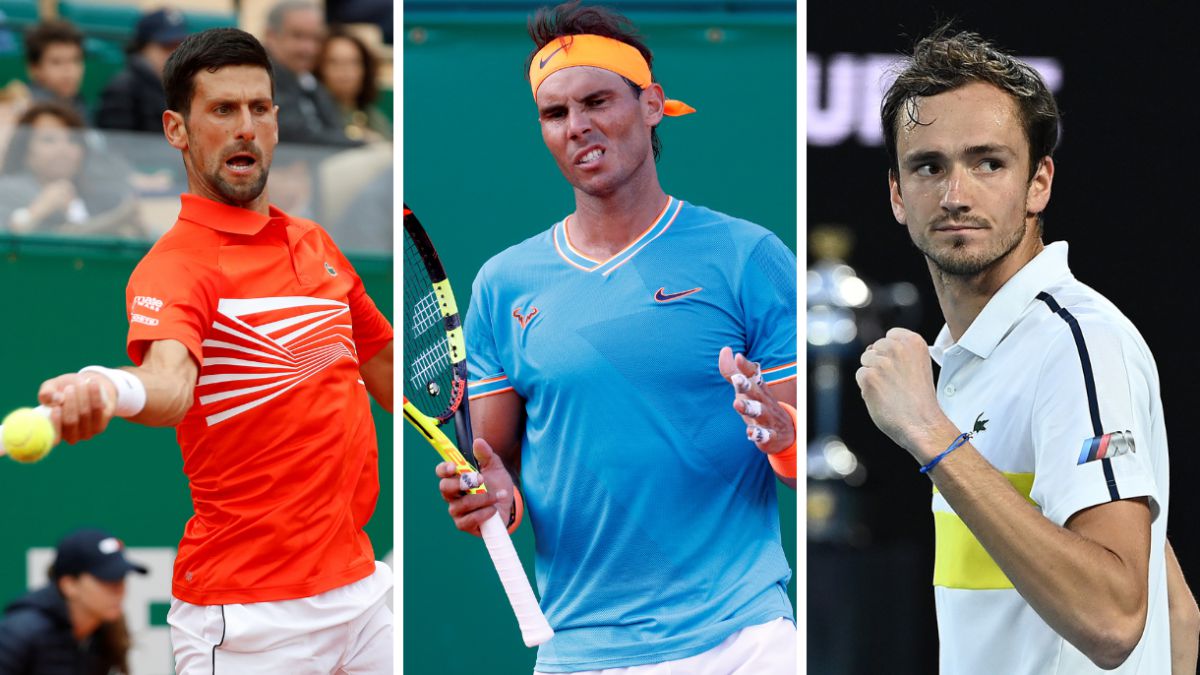 Almost two months after the Australian Open, the ‘Big Three’ of the current ATP ranking, Novak Djokovic, Daniil Medvedev and Rafa Nadal, will meet again this week in the first big date of the clay court season: the Monte Carlo Masters 1,000, which will be played from April 11 to 18.

One of those who may come to the tournament better prepared is Serbian Novak Djokovic. After giving up competing in the Dubai tournament and the Miami Masters 1,000, the Serbian decided to train on the clay courts of Monte Carlo to acclimatize again to the clay and also to the Monegasque tournament. Djokovic has also trained here with some of the most outstanding rackets in recent weeks, such as the young Danish Holger Rune, to prepare for the assault on what would be his third Monte Carlo title.

The one who will feel at home in the Monte Carlo tournament will be the Russian Daniil Medvedev. The current world number 2 knows the environment better than anyone since Medvedev has established his place of residence and training here with Gilles Cervara. In fact, in the 2019 Monte Carlo Masters 1,000 (in 2020 it was not played due to the pandemic), Medvedev shone in the tournament, where he defeated Djokovic in the quarterfinals although he fell in the semifinals against another Serbian tennis player, Dusan Lajovic.

The last to arrive in Monte Carlo will be Rafa Nadal. The Spaniard will arrive in the area this Thursday after giving up competing in Rotterdam, Acapulco and Miami due to his back ailments. After visiting the works at the Rafa Nadal Academy this Wednesday, Nadal arrives ready to regain his throne in Monte Carlo, where he has already won the title eleven times and where he wants to send a notice to sailors for the clay tour and Roland Garros. The tennis elite meet again in Monte Carlo in the battle for clay.

Hockey IS: Tappara's corona fines are the largest in league history