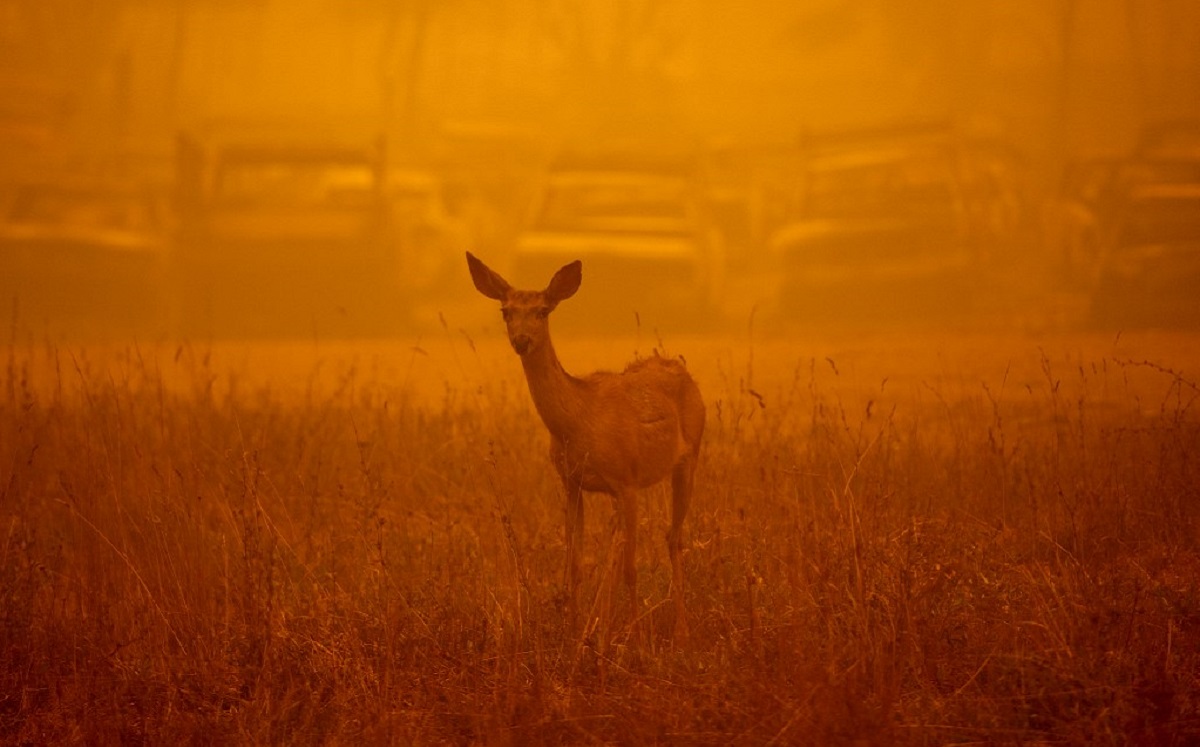 The monstrous ‘Dixie’ fire, in the north of California, grew further overnight to become the second largest wildfire in state history, while thousands of people flee from the advance of the flames.

First thing in the morning, fire had consumed more than 187 thousand hectares and now covers a larger area than Los Angeles.

‘Dixie’ is the largest active wildfire in the United States, but also one of the 11 great California wildfires. Over the weekend it surpassed that of the ‘Mendocino Complex’, of 2018, to become the second worst in state history, according to authorities.

The #dixiefire burns overnight in the Lassen NF outside of Chester, CA. There’s another red flag warning today and the fire is expected to exhibit extreme behavior. This was at 230am with an active column and torching. Just wild. pic.twitter.com/WF54N7jlJo

The fire, which on Saturday left three firefighters injured, remained 21 percent contained on Sunday, unchanged from the previous day, reported the website of CalFire.

Thousands of residents fled the area and some set up tents. The ‘Dixie Fire’ has already destroyed 404 structures and calcined the historic town of Greenville.

CalFire indicated that it deployed workers in an effort to save houses in the cities of Crescent Mills and Hunt Valley. More than 5 thousand people they’re fighting the ‘Dixie’ fire.

At the end of July, the number of acres burned in California increased by more than 250% from 2020, which had already been the worst wildfire year in the state’s modern history.

The eight major California wildfires have occurred since December 2017.

A drought prolonged, which scientists say is due to climate change, has left much of the western United States and Canada parched and vulnerable to explosive fires and highly destructive.