Dispute over Islamic classes in Hessen: Ditib success in Karlsruhe 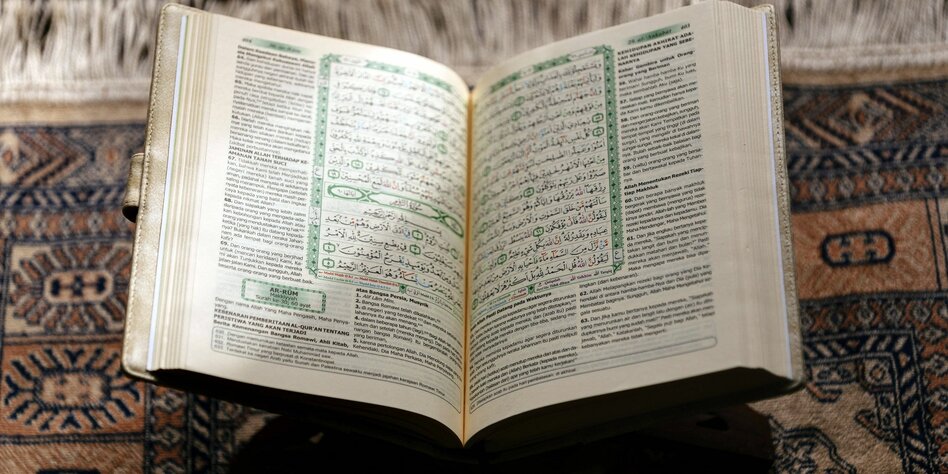 Hessen suspended its cooperation in Islamic classes with Ditib. His complaint was dismissed. Wrongly, so the Constitutional Court.

KARLSRUHE taz | Since last summer, the Turkish mosque umbrella organization Ditib is no longer responsible for Islamic religious instruction in Hesse. Complaints against it were rejected by the Hessian administrative courts as “inadmissible”. Wrongly – as the Federal Constitutional Court has now determined. Ditib is at least entitled to legal proceedings under the rule of law.

The offer of Islamic religious education in state schools has long been considered an important step towards the recognition of Muslim normality in Germany. In 2008, for example, the German Islam Conference under the then Federal Minister of the Interior, Wolfgang Schäuble (CDU), advocated Islamic teaching in schools.

Most federal states have now introduced Islamic classes. Partly it is the responsibility of the state, partly it is still school trials. Hesse was a pioneer for “denomination-oriented” teaching, as given by the Protestant and Catholic Churches.

There, Ditib and the small Ahmadiyya community have been cooperation partners since 2013. Ditib Islam lessons were offered in 56 primary schools and 12 secondary schools in Hessen. The teachers had received further training at state universities in Frankfurt am Main and Giessen. More than 3,000 children took part in this school subject.

The doubts that existed from the beginning about Ditib’s suitability as a cooperation partner, however, intensified when Turkey tightened the reins in terms of religious policy after the attempted coup in 2016. The federal prosecutor’s office even investigated 19 Ditib imams who are said to have spied on supporters of the disgraced preacher Fethullah Gülen in mosque communities.

Hesse’s minister of culture, Alexander Lorz (CDU), obtained three reports, which were mostly skeptical. “Ditib Hessen forms the last link in a chain of instructions that leads via the Ditib Federal Association to the Turkish religious authority Diyanet, which in turn reports directly to the Turkish President,” wrote the conservative constitutional lawyer Josef Isensee.

Probably out of fear of a judicial defeat, Lorz did not revoke the approval notice for Ditib, but merely suspended the cooperation. Because, according to the ministry, there were no practical problems with the Ditib religious instruction.

Indoctrination in the interests of the Turkish state was also not known. The state then took over the previous teachers and teaching materials for the 2020/21 school year and continued teaching Islamic religion on its own responsibility.

Ditib sued the suspension of the cooperation

The Federal Constitutional Court appealed to by Ditib has now ruled that the Hessian courts had misinterpreted the Ditib complaint “in an objectively no longer justifiable manner”. They would have made “access to a judicial examination of the substance unreasonably difficult”. The Hessian administrative courts must decide whether the suspension of the cooperation with Ditib was permissible.

‘Achieve peace in the world, also with spiritual laws’

Luis Iceta, Miquel Iceta’s great-uncle who was a player and national coach

Requiring a hospital and a doctor to compensate a patient with 150,000 dirhams