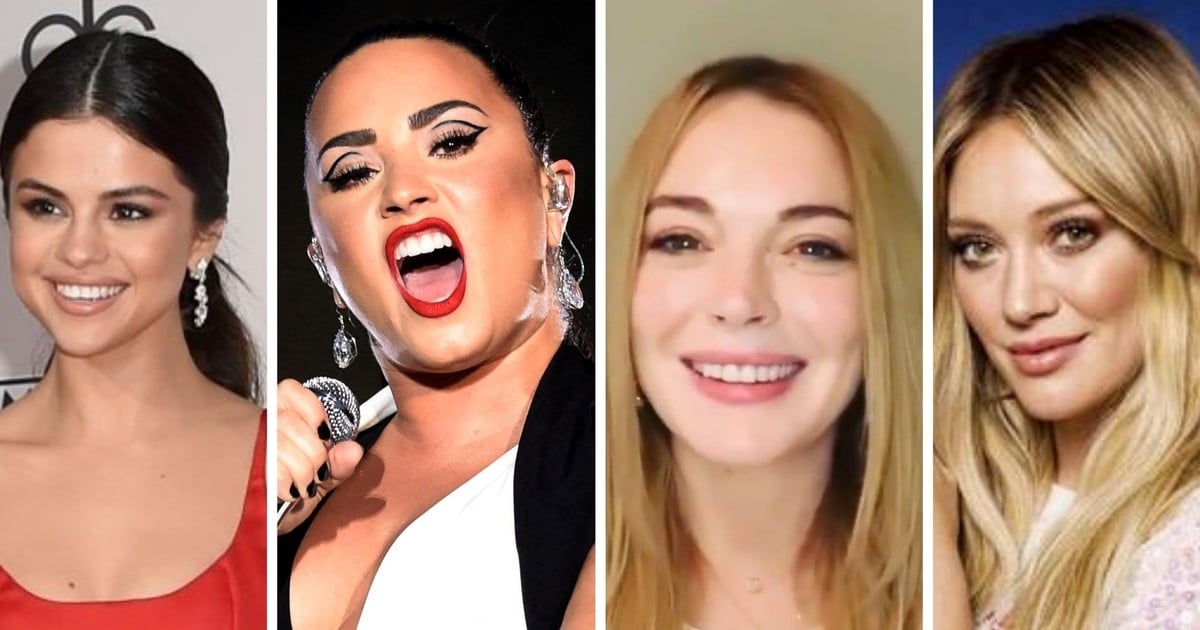 The weight of Hollywood seems to sink the lives of more and more stars who began their careers in childhood. The list is long: Selena Gomez, Demi lovato, Hillary Duff, Lindsay Lohan, Christina Aguilera, Britney Spears, Zac Efron and Joe Jonas are some of the figures who paid a very high price after becoming famous by working for the Disney company, in their first years of life.

Disney, the entertainment giant that for more than 90 years has sold a fantasy universe to both minors and adults, seems to be the opposite for those who work inside their industry. This is demonstrated by the experiences of several former child stars, who still suffer the consequences of having been part of that gear at too young an age.

Selena Gomez, 29, just spoke for the first time about her experience in this regard. “I gave up my life being very young and did not know what I was doing,” he declared about his debut, at the age of 10, in the series Barney & Friendsby Disney Channel. His mental health has suffered the consequences of such an early fame: bipolar disorder, anxiety, depression, problems for which he has had to enter psychiatric centers on more than one occasion to receive treatment.

Selena Gomez. The actress suffers from bipolar disorder, among other consequences of an early fame. AP Photo

Lindsay Lohan was the first to make visible the negative consequences of having been a Disney girl. Twins game It was his film debut, when he was just 12 years old, in 1998. But that first success, in addition to fame, opened the doors to drugs and alcohol. The actress confessed to addiction after having entered a rehabilitation clinic six times and having fallen prey for various crimes.

“In the past, alcohol was the gateway to other things for me. Cocaine was more a matter of parties: people had it and I took it. It went hand in hand with alcohol ”, she confessed to Oprah Winfrey in an interview in 2013.

Hilary Duff is another of those who descended into hell after becoming Lizzie McGuire, the protagonist of the series of the same name that the Disney thematic channel aired from 2001 to 2003. She was 14 years old then and became an idol of teenage fans and , shortly after, in the maximum rival of Lindsay Lohan. Media pressure helped her slip into anorexia in 2005, an eating disorder that was evident in every photo taken of her.

Eating disorders have also shaped Demi Lovato’s life. Bulimia has been with her since adolescence, which was later joined by a series of traumatic episodes linked to drug and alcohol abuse, bipolar disorder, anxiety and depression, as well as sexual abuse.

Demi lovato. A past of a child star, but also of addictions and psychological disorders that continue to this day. AFP photo

At 15, Lovato starred in Camp Rock with the Jonas Brothers and that was the beginning of his hard journey through the world of addictions. “I got to a point where either I was high or I was thinking about getting high,” she revealed a few years ago when she explained how drinking managed to mitigate the anxiety she felt. At 17, she had already been through a rehab clinic and managed to stay drug-free for six years.

However, the now 29-year-old artist relapsed into drinking in 2018, shortly before suffering an overdose with which she nearly lost her life. In the documentary Dancing With The Devil He cites a number of dramatic situations that he experienced: from strokes, heart attacks to blindness. She also reveals that she was the victim of rape by her first boyfriend and the dealer who supplied her with the heroin that nearly killed her. Lovato confesses to continuing to consume marijuana and alcohol in moderate doses, something that her closest environment does not approve of.

Christina Aguilera – The actress and singer also had dramatic sequels after her stint as a Disney artist. AFP photo

Christina Aguilera and Britney Spears also share the aftermath of a very early fame, as they were both Disney girls in the early ’90s, when they met presenting. The Mickey Mouse Club. Beyond the musical rivalry that they have always maintained, the singers also agreed that they could not avoid the consequences of that early fame.

While Aguilera suffered bulimia and anorexia, Spears developed various mental health problems that led her to be admitted, more than once, to psychiatric centers. Her case is one of the most extreme, since that situation made her father take over her guardianship almost 13 years ago and now, at 39, Britney Spears is still struggling judicially to regain her autonomy.

But the problems in child stars also affected boys. Zac Efron, who enchanted millions with the movies of High School MusicalHe took refuge in alcohol and cocaine to deal with the disproportionate success, something he overcame after entering rehab.

Joe Jonas was another of the artists who also flirted with drugs, while Adam Hicks was arrested in 2018 for robbing several people, at gunpoint and assaulting them. With this history, however, Disney continues to support its millionaire machinery. And recently announced that My poor angel, the film that starred Macaulay Culkin, one of the actors most affected by early fame, will have a new version that will be produced by The Walt Disney Company.