Discoveries for export from Conicet 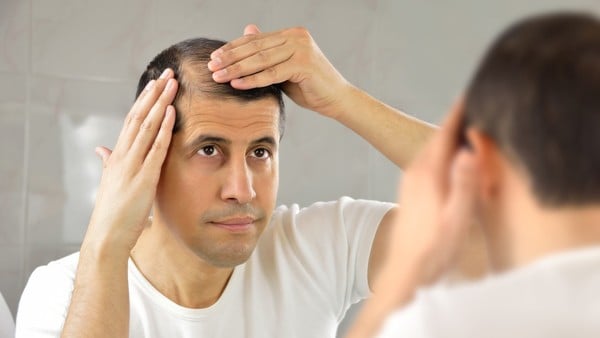 In what is a public-private articulation between the Conicet and its discoveries and scientific innovations and the Garré laboratory, which deals with global marketing and pays royalties for patents, a family of Conicet products is all the rage in Europe and landing in Latin America. The Garré laboratories, as described by Sergio Garré, a former Roche who slides who sold his house to found the company in 2010, defines itself as a technology-based SME that has made the Ecohair line its flagship. The product based on jarilla (Larrea Divaricata) and decaffeinated coffee (Coffea arabica), prevents hair loss in 85% of the people who use it, it also has hair recovery properties. To that they added new products for the eyebrows and eyelashes, both to prevent their loss and for regeneration. Baldness is a problem that affects 40% of the world’s population, regardless of sex. For the production process, they signed an agreement with the Government of the province of La Rioja, which allowed progress in the sustainable development of native jarilla for capillary use. In the Riojan town of Chepes, the native organic jarilla leaves are selected and pruned by hand. This year the scientists incorporated creams that regenerate skin cells. They have just landed in Spain with commercial offices and in the region in Chile, Peru and Uruguay. A curiosity: its distribution partner in Chile is the extensive network of pharmacies owned by the Mapuche community.

María Elena Barros, an electronic engineer at the UTN, decided in 2008 to leave corporate life and buy a technology SME. Then he added his son Federico Colangelo to Semperti who is dedicated to guiding the adoption of new digital platforms and is what is behind the home offices of banks or initiatives such as transactions such as Modo. Also in public service companies with their intelligent network failure detection systems to act with speed and low costs in sending patrols. Being a small company, they are associated with the result of new technology, a way to gain a place in the market against competitors the size of Globant. The novelty is that they have just landed in Madrid to grow in Europe and have just been hired by the Peruvian government to improve customer service areas with a change in platforms and processes. In Chile they already work for several banks. They say that in the 2020 pandemic, at the same time as the collapse of economic activity, the digital transformation of companies was growing. Turnover increased 60%.

A work by former minister Jorge Remes Lenicov circulates these days among businessmen. The diagnosis is crude: “There is very little growth: only 1.6% per year (0.7% per capita), and in a very volatile way: there were 21 years of growth and 16 of decline. It grew less than Latin America (excluding Venezuela) and the rest of the world. The accumulated growth was 80% while in Chile it was 350%. There were only two periods of continued expansion: 1991/1997 and 2002/2008, he points out. Also that “inflation is very high: the accumulated in 37 years was the highest in the world (excluding Venezuela): 20,000,000,000%. 7 zeros were removed and the annual average was 58%. And poverty increases: in 1983 it was 16% and at the end of 2020 it exceeded 40%, when in Latin America and the world it was reduced ”.

Despite the millionaire losses of companies like La Serenísima, in 2020 the dairy chain exceeded 11,100 million liters of production and exported for a volume equivalent to 2,234 million liters (20.2% of the total). “These volumes, both for production and exports, are the highest since the crisis at the end of 2015,” said the Mediterranean Foundation in an analysis of the sector. The question is whether production will be able to sustain growth this year. According to experts there is little incentive to expand volumes. “Until January, the price scenario was not favorable for dairy farms: the price of raw milk went from $ 17.3 to $ 22.7 between January 2020 and January 2021 (+ 31.7%), an insufficient increase to compensate for inflation (adjusting 4.7% in real terms) ”. Add to that the increased costs in the dairy farms. In the first half of 2020, a liter of milk bought 2.1 kilos of corn or 1.2 kilos of soybeans, a ratio that significantly deteriorated in the second half of last year and early 2021. “In January of this year, a liter of raw milk was enough for 1.3 kilos of corn or 0.8 kilos of soybeans, an abrupt drop in purchasing power in just 6 months ”, warns the Mediterranean Foundation.

Contrary to Alberto Fernández’s decision in the case of the vote of those who live far away of the country, the Argentine Angus Association modified the electoral regulations of 1986 in order to allow the vote by correspondence that will increase the number of voters “without the need for unnecessary transfers.” Last year it was the renewal of authorities of the Association that brings together producers of the main cattle breed and which is chaired by Alfredo Gusmán. But the quarantine forced a change of plans. “The assemblies, which had been held normally for more than 35 years, had to be postponed and today they force us to redouble our efforts to find the mechanisms that ensure greater participation of the partners,” they justified.

The solidarity initiative Be One, promoted by the private sector to assist with food in full quarantine released its final results after an audit of KPMG, Ernst & Young and PWC with the participation of Deloitte. They raised $ 871 million and distributed 1,036,000 boxes of food in an unprecedented event. The project brought together more than 5,000 volunteers, hundreds of donors, religious, business and third sector entities. In less than 6 months, it managed to distribute 60 million plates of food and hygiene items, house by house, in the neighborhoods and settlements with the greatest needs in the suburbs and the city of Buenos Aires.

The San Blas group created 42 years ago by Armando Oscar Yañez, which is still in the hands and directed by the family is dedicated to the sale of machinery for service providers in construction, industry, agriculture, mining, oil and ports. But since the bulk of this equipment is imported, to compensate for the deficit they created an export unit. In this case of fractionated honey and they are heading to lead with a growth in volume of 35% and the construction of a homogenizing and pasteurizing plant.