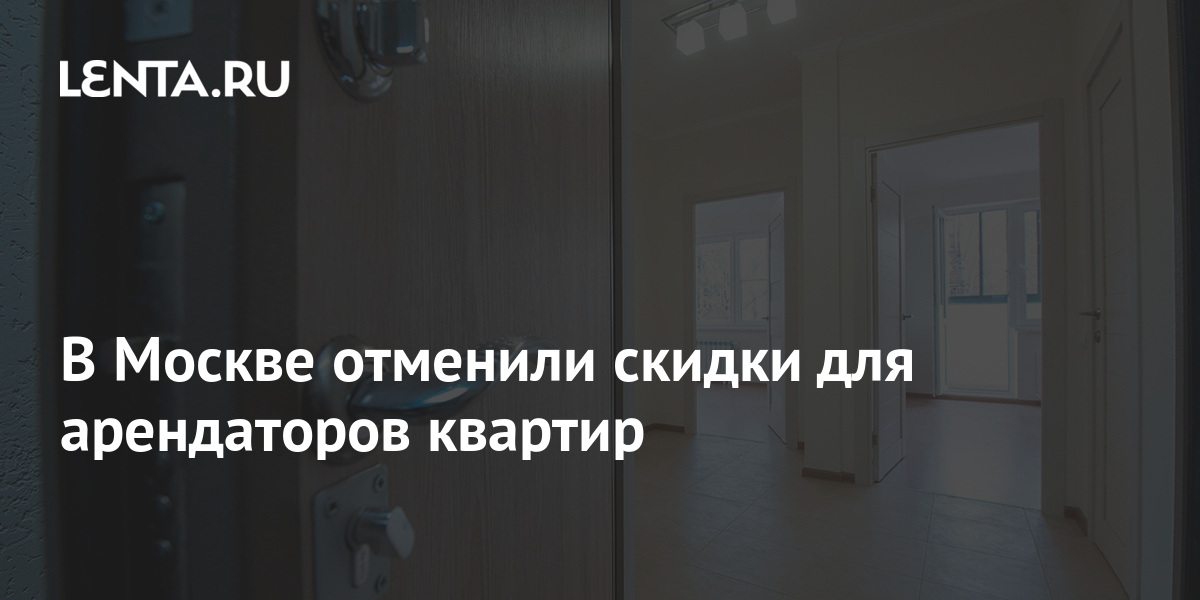 Currently, the demand in the mass rental market in Moscow is comparable to that of August 2019, compared to the same period of the crisis in 2020, the activity of tenants is 20 percent higher, according to statistics from the agency INCOM-Real Estate (available from Lenta .RU”).

The high season has begun on the Moscow rental market, realtors say: there are no more discounts, demand has reached the pre-pandemic level, 60 percent of it is formed by students, 25 percent – by labor migrants.

“Allowing foreign students to study full-time in Russia has greatly influenced the rental market in Moscow – many applications are received from students from non-CIS countries such as Germany, Spain, and Japan. However, most of them come from Russian cities and the former republics of the USSR, ”experts say.

“In September and October, the traditional fall growth in the rental market will continue, and the rental rates for the most liquid properties will also be about 5-8 percent higher than in spring, summer or winter. In November and December, most likely, we will expect a standard seasonal stagnation. Of course, these assumptions will turn out to be correct in stable conditions, much depends on the epidemiological situation, ”the experts conclude.

Earlier, the Russians were warned about the punishment for secret renting out of housing. In case of non-payment of taxes, the owner, caught by the tax authorities, will be forced to make all payments for the last three years, as well as a fine of 20 percent of the amount owed, the lawyer said.