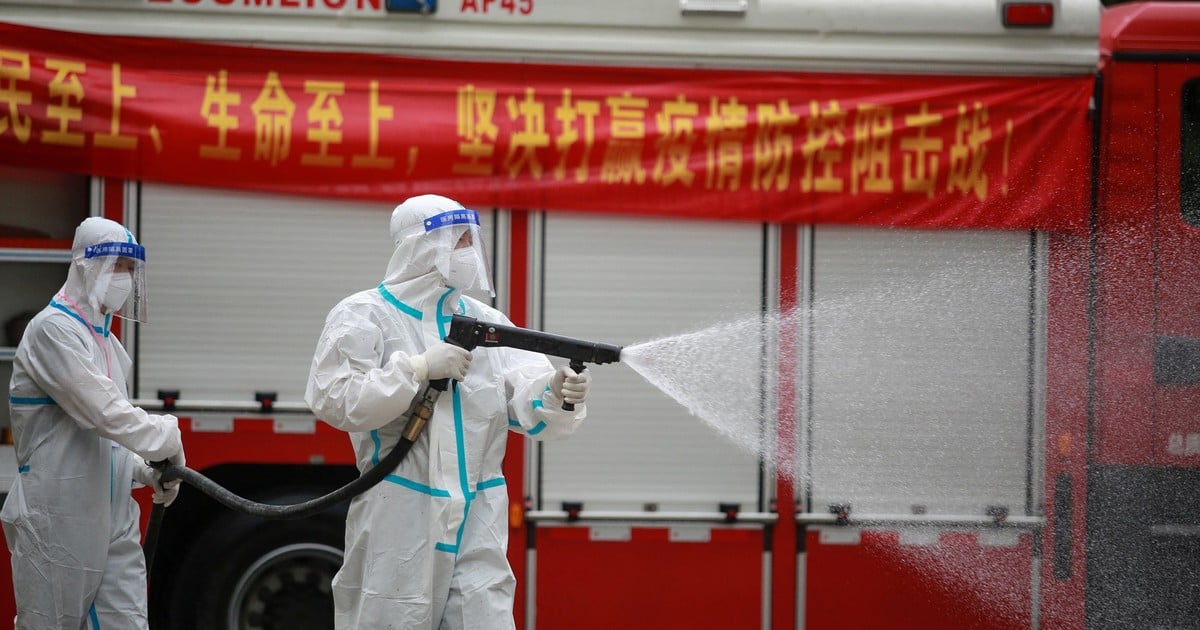 The mention in various official Chinese media of an alleged Swiss biologist named Wilson edwards, which denounced the politicization of the pandemic and its use against China, has caused a small diplomatic short-circuit between Bern and Beijing, when it was discovered that such an expert does not exist.

Using this fake biologist He has led the Swiss embassy in Beijing to issue a note in which he requested the withdrawal of all the news that mentioned him and the publication of a correction, the Swiss national television RTS highlighted on Wednesday.

“We’re looking for Wilson Edwards, alleged biologist quoted in the Chinese press and social media in the past few days. If you exist, we want to know you, but it is most likely false news, so we ask the Chinese press and Internet users to delete it, “added the embassy’s official Twitter account.

A medical worker takes a swab sample from a child in Zhangjiajie, China, on August 10, 2021. Since recent. Photo: Xinhua

China and truchos profiles in networks

It is not the first time it happens. Although it is not known how far the long hand of the Chinese state reaches, social networks are full of users with false profiles with a single purpose: to make anti-Western propaganda and in favor of Beijing.

The sayings of biologist Edwards seem to be part of this strategy.

It is estimated that there is a growing network of more than 350 fake profiles on social networks like Facebook, Twitter and YouTube that “spread pro-China narratives” and “try to discredit” criticism of the Beijing government.

The study, carried out by the non-governmental organization Center for Information Resilience (CIR), denounces a concerted propaganda effort on the Internet “that distorts international perceptions in significant matters, elevates China’s reputation among its supporters “and tries to refute accusations against the Chinese state.

This operation, the authors note, “uses a mix of artificial” and recycled beads to “boost pro-China “and anti-Western” narratives.

RTS noted that no Swiss citizen goes by the name Wilson Edwards nor has he signed any academic publication in the field of biology, something that the Swiss embassy in China also underlined.

Chinese press news They apparently used a Facebook account as a font (now removed) in which the alleged biologist criticized the US. and the World Health Organization (WHO) for pressuring China to allow further investigation from the theory that the coronavirus that causes COVID-19 could have left a laboratory in Wuhan.

The WHO at the beginning of this year considered this theory as the least probable, prevailing the hypothesis that the coronavirus originated in nature and passed to humans through one or more animals, but in recent weeks it has shown some change in posture and it has aligned itself more with the pressures of Washington.

In its official note, the embassy points out that Edwards’ Facebook account was recently opened, on July 24, and only contains the text of the controversy, which makes the profile very suspicious.

According to RTS, this incident shows that China “is intensifying its disinformation campaign around the origin of the virus “, at a time when Washington is also increasing its pressure to support the theory of the virus emerged from the laboratory, now also with the approval of at least part of the WHO.

Kjr, on Eriksen: “Shock will be on me and everyone forever”