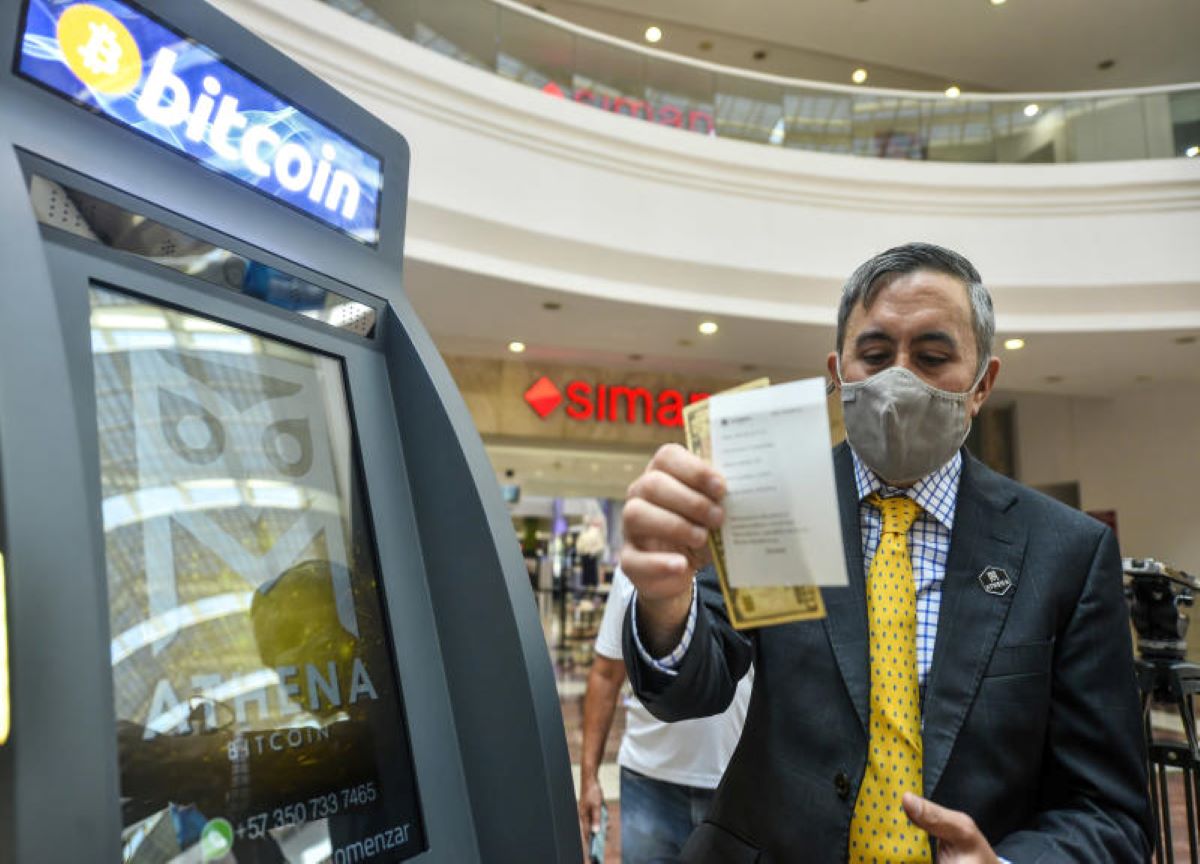 Eric Gravengaard CEO of Athena Bitcoin completes a transaction to exchange Bitcoin for US dollars in a shopping mall.

If you can’t beat something, at least check it out. An old principle underlying the action of governments around the world and which applies perfectly to digital currencies. It is no mystery that the executives initially did not look favorably upon it dissemination of digital and decentralized payment instruments. And here then the reaction is to stop fighting against an instrument that is destined and spreading in any case and try to govern its processes. A bit like the China (and not only) with the internet, which from a potential protest tool has become another component available to the government itself to perpetuate its narrative discourse and exercise social control.

86% of central banks are working on developing a state cryptocurrency

This is why state cryptocurrencies are becoming more and more widespread, digital currencies developed by the central banks of different countries which therefore do not operate a decentralization but if anything centralize a process that they risked not being able to control if they had not decided to take the field directly. A survey conducted by the Bank for International Settlements at the beginning of the year shows that 86% of the 65 central banks surveyed are working on a state cryptocurrency. The latest government to announce the creation of a state cryptocurrency is Vietnam. And it is particularly significant that Hanoi has moved in this direction, given that for years the local government has always criticized the spread of digital coins, warning its citizens not to use them. So much so that using cryptocurrencies to make purchases has so far been considered illegal.

The introduction of the e-currency made in Vietnam is deduced from the content of the Prime Minister’s decree 942, in the context of digitization strategy for 2030. It requires the State Bank of Vietnam to develop and introduce the use of a virtual cryptocurrency based on blockchain technology. This does not mean that the introduction of the state digital currency will directly supplant the paper one, but in the meantime the government puts the umbrella on the process of spreading cryptocurrencies.

The technological ambitions of Vietnam

On the other hand, Vietnam is very active from the point of view of technological development. The national strategy for research, development and application of artificial intelligence, released shortly after the new five-year plan launched at the beginning of 2021, sets ambitious goals: in particular, the intention is to make Vietnam a of the main ones tech hub of Southeast Asia. For now, however, the focus had been mainly on artificial intelligence and big data, in the broader objective of modernizing bureaucracy and economic processes, to complete the transition to an industry 4.0. The inclusion of digital currency in the process opens up new scenarios.

The case of China: close on virtual currencies and creation of its own version

However, the trend, as mentioned above, is global. On the one hand one strict regulation on the uncontrolled diffusion of virtual currencies, on the other hand, the development of cryptocurrencies directly linked to central banks. It is the example of the China, which in recent months has operated a squeeze against Bitcoin and other cryptocurrencies, with the closure of mining activities. At the same time, Beijing is encouraging the development of its own digital yuan, which has already been tested in several pilot projects.

Just a few weeks ago, the president of El Salvador, Nayib Bukiele, had announced the law that will allow Bitcoin to become legal tender. The move by the Central American country is motivated by the desire to cut taxation on remittances of Salvadoran citizens who live and work abroad. Fees on international transactions are expensive and therefore the aim of providing the possibility of transferring funds using a digital currency is to limit their weight and thus allow a more substantial entry of funds into the country.

Globally, China appears to have a distinct advantage over its rivals among the world’s great economic powers. Even if the European Central Bank would aim to launch a digital version of the euro by 2025 and so on United States Federal Reserve would be working on developing a centralized cryptocurrency. Stopping the spread of digital coins is impossible, we might as well try to control them.