Diego Maradona’s legacy in each Napoli-Juventus: from cholera to redemption 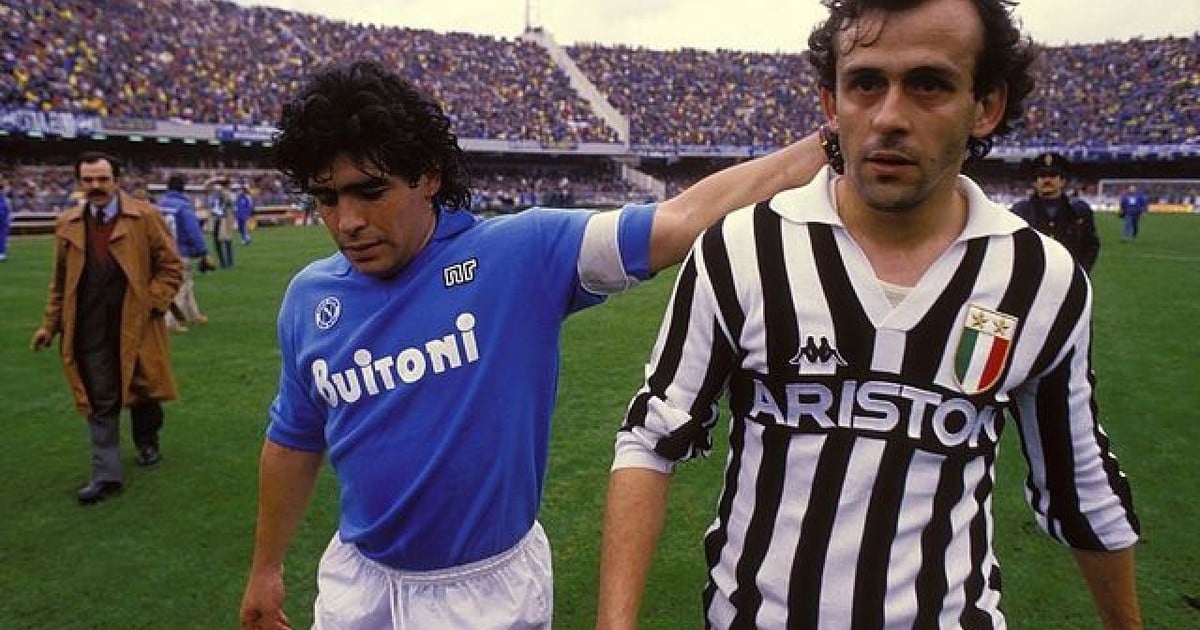 Mishal abulais He is 13 years old, lives in India and made one of the most creative and emotional tributes to remember Diego Maradona. He managed to make a piece of Malappuram look like Villa Fiorito, but at the same time the scene allowed to travel to the San Paolo stadium and relive there, now and always one of the most emblematic goals in Diego’s history.

When on the 10th he asked Eraldo Pecci to point the ball backwards despite the fact that his Napoli teammate insisted that it was impossible to put the Maradona theory into practice, the laws of physics were left aside.

And 35 years later the Neapolitans do not doubt it: that impossible goal, that indirect shot that traveled from inside the large area to the left corner of Stefano Tacconi, is one of the most emblematic magical cuts of Maradona’s passage through the southern club. There is a central reason beyond the quality of the impact, the rival was Juventus, the same one with whom this Wednesday they play the final of the Italian Super Cup, the one that the South team won for the first time in 1990 and marked the last title of Diego in the institution.

At the door of the Nilo bar, at the epicenter of the Neapolitan madness, there are several little pictures hanging. In one of them, an image of Gonzalo Higuaín appears inside a toilet. Next to another, a Google search corrects the word Juventus. “He must have meant shit”.

If Diego today is an altar in NaplesIf the stadium bears his name and if in the town its imprint is at the height of that of San Genaro, it is largely due to the redemption flag that it managed to raise. If there was one place where the neglected southern Italy could dare to face the superb wealth of the north, it was a soccer field. And in that dispute the duels between Napoli and Juventus were part of the climax.

On the plane that took Maradona from Barcelona to Naples, they told him something that surprised him: no team from the south had managed to win a Scudetto.

His cultural, sports and social revolution is condensed in films, books, documentaries, songs, tattoos … One of the most recent, that of Asif Kapadia, portrays the complete parable with Diego made God and at the same time the connection with the local mafia that it contaminated their stay and made it difficult for them to leave.

From the scene of the events, Matías Pelliccioni also relives the story in the documentary I m in love, from an independent label and available on YouTube. There, in the second chapter, the taxi driver who takes the journalist who made the remembered last report hand in hand with Maradona in Argentina, gets excited when talking about Diego and does not hesitate when they ask him for the best goal of his time with the shirt of the Napoli: “Against Juventus. That impossible free kick. But not only for me, it is like that for the entire city of Naples “.

And he elaborates: “The South was underestimated by the North. And he had understood. He played with claw, hungry, as if he were playing in the pasture, that’s how he played. He played with his heart, not for money like many other players we see today and we call them mercenaries. Maradona beat the soccer mafia. It was Che from Napoli”.

That impossible goal in the 85/86 season served for an unforgettable triumph but did not lead to the title. Napoli finished third and the champion again was Juventus.

That is why when the following year the fixture marked the clash in Turin on the ninth date, the challenge was repeated. The Neapolitans did not beat the Vecchia Signora in the Comunale Stadium since 1957. Diego went there.

Against the Italian and world champion Juve, Michel Platini and Michael Laudrup, who had won four of the six Scudettos of the decade. The one that received the Neapolitans in the stands with placards in which they treated them as dirty and sick due to the cholera epidemic that the Mediterranean region had suffered in the 70s.

This is how they sang to Napoli:

Senti che puzza, scappano anche i cani (You smell it, even the dogs run away)

stanno arriving i napoletani (the Neapolitans are arriving)

A book by Maurizio de Giovanni claims that Napoli’s 3-1 win over Juventus as a visitor in 86 changed the history of thousands of souls.

The titles would arrive to make the brand even more indelible. Although the work of redemption was going the other way, off the court.

In the third season of the Ten, 1986/87, Napoli conquered the first Scudetto in its history. Another Italian league would come, the UEFA Cup, an Italian Cup and an Italian Super Cup, his last conquest, in 1990 and against Juventus.

The scenario is repeated this Wednesday and the Neapolitans will seek to lift the trophy again with the memory of Maradona always in force. Even more so if opposite is the north of rich Italy.