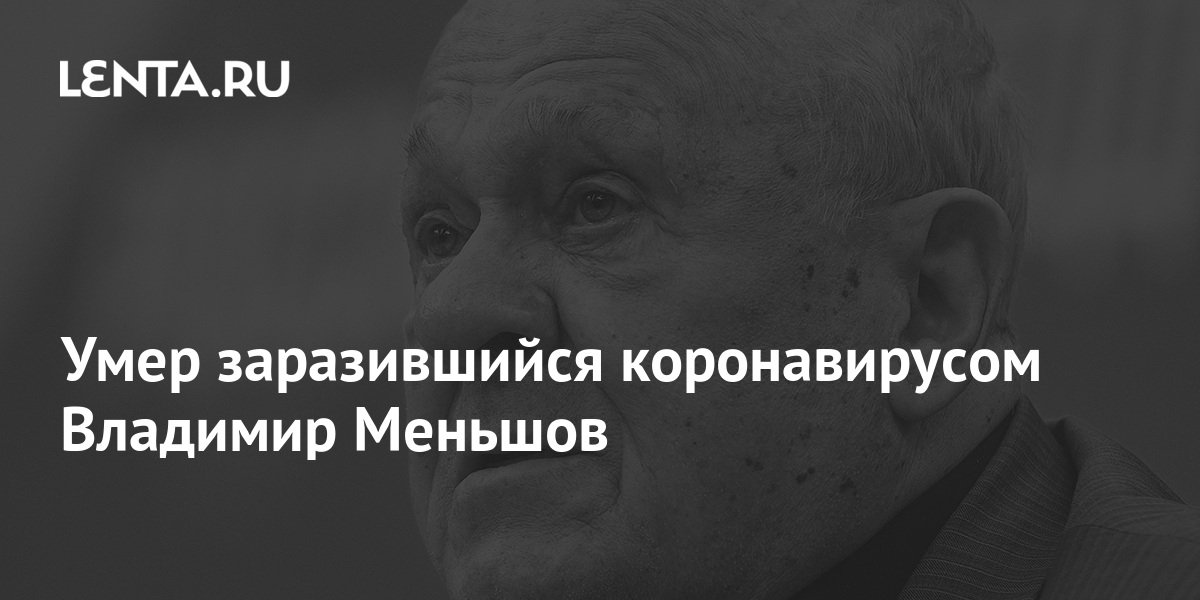 At the age of 82, Russian actor and director Vladimir Menshov died. At the end of June, he contracted the coronavirus. His death is reported on website Mosfilm.

“The Mosfilm Cinema Concern and the family of Vladimir Menshov sadly report that today Vladimir Valentinovich has passed away. An outstanding Soviet and Russian film director, actor, screenwriter, producer, member of the Mosfilm board, died from the effects of coronavirus infection, ”the statement said.

It is also noted that the date of farewell to the artist will be announced later.

On June 26, it was reported that Menshov was diagnosed with COVID-19. At that time, according to the press service of the “Fair Russia – For the Truth” party, in which the director was, he was carrying a mild infection. It was planned to nominate Menshov’s candidacy in the autumn elections to the State Duma.