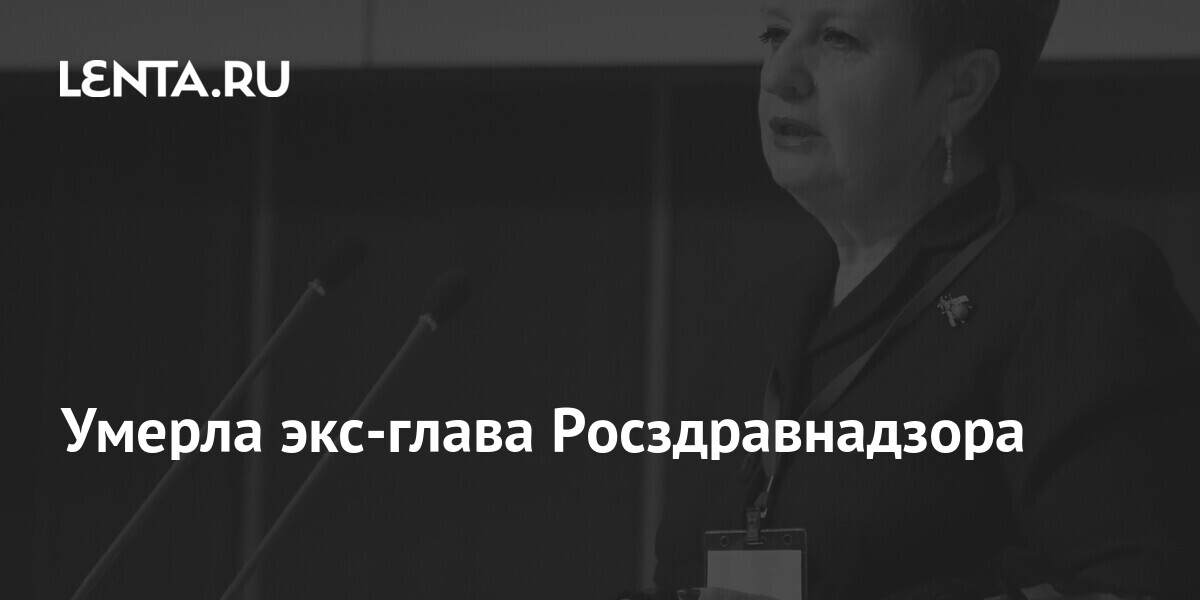 Ex-head of Roszdravnadzor Elena Telnova died at the age of 69. This is reported on website departments.

“Elena Alekseevna Telnova will forever remain in our hearts an indifferent, honest, kind and open person,” the message says. The department also expressed condolences to the family and friends of the former official. No cause of death has been reported.

Elena Telnova has worked at Roszdravnadzor since its inception. From 2010 to 2013, she headed the Federal Service for Surveillance in Healthcare.