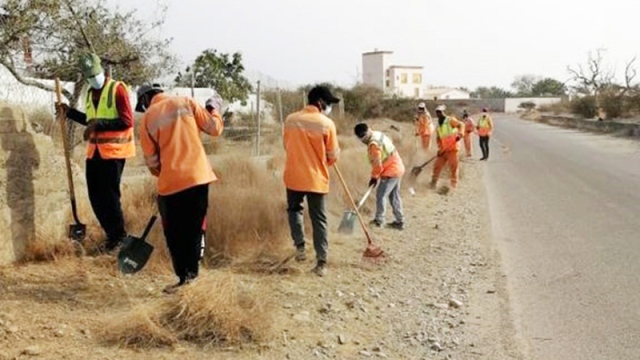 The municipality of Dibba Al Fujairah carried out 271 inspection rounds on the environmental situation, to reduce the negative aspects of throwing farm waste in places not designated for it, during which it issued 23 violations for farm owners from the beginning of January until last February.

The director of the municipality, Eng. Hassan Salem Al Yamahi, stated that 23 environmental violations were issued, including 10 violations of farm owners’ failure to abide by the decision to prevent the burning of waste and waste and leftover trees and weeds inside farms, throwing agricultural waste in places other than those designated for it, four offenses throwing household waste, and nine Violations of sewage water leakage.

He added that the municipality seeks to alleviate the burden on farmers, so it has allowed farm waste to be taken to the waste sorting station, without the need for a prior permit, as the service is provided free of charge.

He stressed that the violations are negative and illegal behavior and lead to environmental damage, explaining that some farm workers burn agricultural residues and residues, which may result in fires.

He explained that there are many damages resulting from burning violations, including the waste of organic resources, and the increase in air pollution due to the escalation of carbon dioxide smoke, which is one of the products of burning and the main cause of the current environmental problems, in addition to the inconvenience of the residents near farms, especially those who suffer Shortness of breath and other diseases, as well as unpleasant odors that result from the burning process.

He added that the municipality issued a circular prohibiting farm owners from burning agricultural waste inside farms, and not throwing waste randomly in order to preserve the public appearance and protect public health and the environment, stressing that the municipality seeks to promote environmental awareness and social responsibility among community members, develop citizen culture, and support projects of relevance The link with the environment, preserving natural resources, reducing their depletion, and ensuring their sustainability and preservation for future generations

Claramunt: “The towns went out to the streets to receive the bus when we returned from Barcelona”