Díaz: “It is the largest investment to end one of the biggest problems in this country” 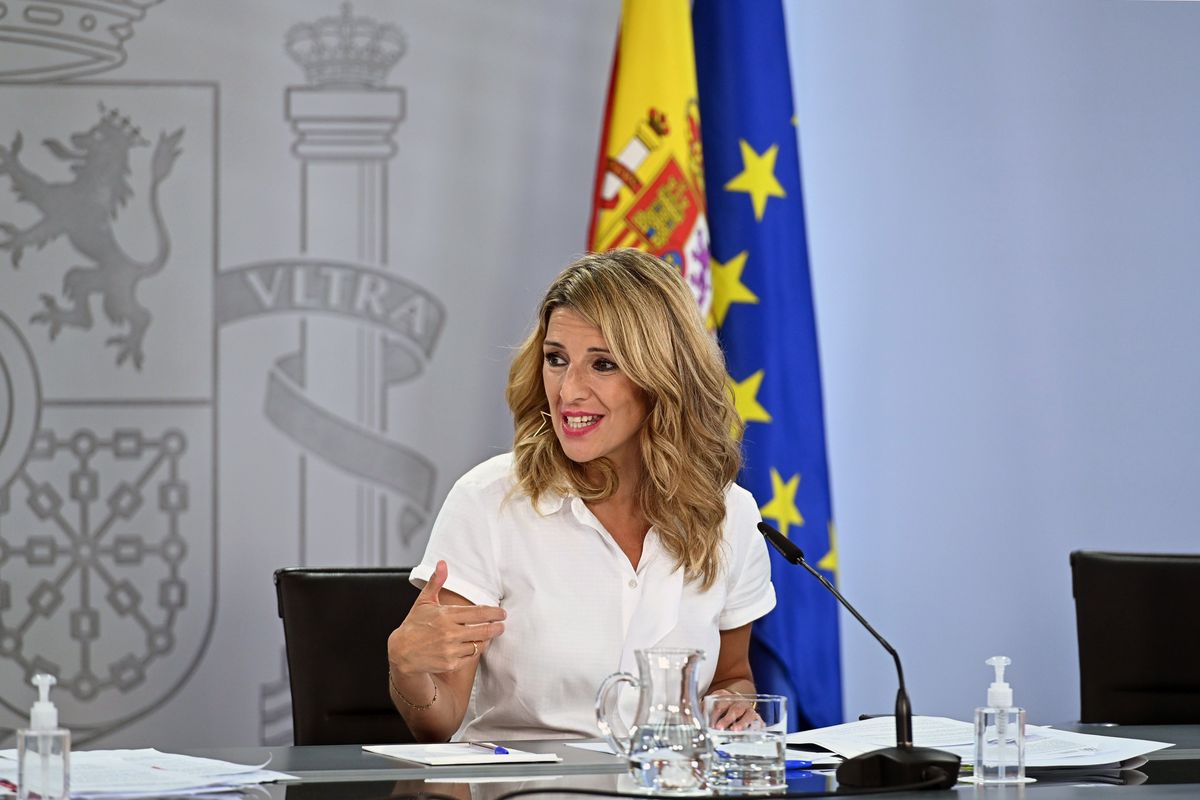 The Vice President and Minister of Labor and Social Economy, Yolanda Díaz, reported this Tuesday after the conclusion of the Council of Ministers of the approval of the plan Youth Guarantee Plus, with which the Government intends to tackle youth unemployment, and which will have a total budget allocation of close to 5,000 million euros. “It is the largest investment that has been made in the history of democracy to address one of the biggest problems this country has,” said Díaz.

With an extension of 85 pages, the plan, which will be deployed between 2021 and 2027, contemplates 69 measures with which it is intended to incorporate the younger population into the labor market, and thereby reduce the levels of youth unemployment that they reach, at the moment, 37.7% of those under 25 years of age. “Knowing that we are facing an enormous challenge, the strategy moves in relation to the recommendations of the European Union,” said Díaz, who has ensured that for its design it has been worked together with the 17 autonomous communities, in addition to having submitted to dialogue social with unions and employers. “It was not understood that the companies were not part of the design that we are going to do,” the vice president stressed.

The skeleton of the program Youth Guarantee Plus ―Which will directly receive 3,000 million euros for its implementation― is structured around six axes: orientation, training, employment opportunities, equal opportunities in access to employment, entrepreneurship and improvement of the institutional framework. Díaz has emphasized the first of these points, orientation, ensuring that with the deployment of this program a “training of technologists and technologists that we lack in this country” will be carried out, which will allow counselors to learn more closely market needs in the different territories, and further refine the search for opportunities.

Another novelty that this program presents has to do with the establishment of a four-month period for any young person who had resorted to this program to receive a direct response from the Administration. This care “will consist of a good offer of stable or training employment, or the possibility of receiving educational / training actions adapted to the profile and need of the user, in the field of Youth Guarantee in the term of four months from the inscription ”, details, literally, the program.

The Government has stated that the primary will of this plan is to incorporate young people into the labor market in the best possible conditions – “They cannot be paid 430 euros per month as it is happening,” Diaz criticized – so that this insertion labor is produced hand in hand with the change in the production model that is being drawn for the near future. “It is a subject of enormous importance and enormous complexity. We have many young people who have become discouraged in seeking employment and have become part of the inactive population. Many of these measures are aimed at recovering, training and re-entering the job market. Having precarious jobs for them speaks ill of the model and of the Spanish companies ”, the Minister of Labor has detailed.

To encourage the return to work and entrepreneurship ―another of the main lines of the plan―, the Youth Guarantee Plus program has actions aimed at the regeneration of rural and urban spaces in which young people can develop business projects in the future. “For this we are going to carry out the facilitation of microcredits that favor the creation of companies with a future by young people, with consultancies and personalized advice and a deployment of public resources that will have an eye on the start-ups ”, Díaz has pointed out.